An Interview with Eric Spitznagel 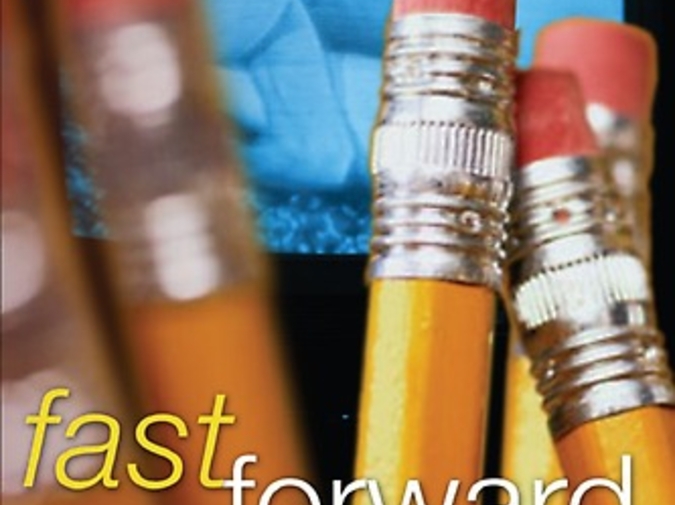 I have no clue how I got the Second City gig. During much of the 90s, I was working at the theater’s box office, and one day they asked me if I wanted to teach for them. I had no experience as a teacher, much less writing or performing sketch comedy. At the time, I was writing mostly snarky little comedy pieces for magazines like Spy and Playboy. Why that qualified me to tell somebody how to write sketch comedy, I have no idea. It took me a few years to get my sea legs as a teacher, and even then I felt like a fraud. When my wife and I moved to LA, it was mostly because it was the expected thing to do. Everybody who works for Second City eventually moves to either LA or New York. If you stay too long, you feel like one of those college guys who put off graduating until their late twenties. But LA is filled with Second City alumni looking for familiar faces, so it was like moving from one dysfunctional community to another. They hang out at the same bars and perform at the same theaters and have incestuous relationships. That’s actually how I got involved in porn. I was talking to one of my writing friends from Second City, and he mentioned that he’d been writing porn to pay the bills and offered to recommend me to his director. It’s so much easier to make a terrible career decision if you know that you’re not alone. Normally, I wouldn’t have even considered getting involved with porn. But because my writing buddy was already doing it, and we could both laugh about how ridiculous it was, it became our shared inside joke. I wasn’t making a mistake because I could point to somebody else – somebody that I considered talented and funny and smart – who was doing the same thing. Stupidity thrives on strength in numbers.

I think the part of the book that surprised me the most was when you talk about the actors (actresses mainly, though I’m assuming you meant both) being so highly sexed in their personal lives. I’ve always thought that most of them, the women in particular, seem a bit bored, if not downright robotic, in their roles. But you retell a story that you say is near legend in the industry in which an actress stops tape in the middle of a scene involving a Domino’s delivery man, claiming Pizza Hut delivery men are more likely to have sex with their customers. Okay, first of all, to believe this scenario, one has to believe there are men out there, pizza deliverymen, who are turning porn actresses down for sex…Secondly, I don’t know why, but I would have thought Domino’s men would be more responsive. What has been your experience?

It does sound a bit like leaving the Mob. Or breaking up with an abusive boyfriend. There’s even the cheesy dialogue to prove it. Clark, the guy you primarily dealt with, asks you, “Why are you doing this to me…I had no idea you were this unhappy…why didn’t you come to me sooner?” Did it feel a bit Godfatherish at the time? Did you ever worry you’d wake up next to a horse’s head?

You’re damn right I did. And that’s why I was very careful not to name any names. Most of the directors – including Clark – are composites of several different people. I even used fake porn titles, because I don’t want anybody to trace these movies back to the source. This is partly to protect the identity of the people involved – I say some rather rude and disparaging things about them – and partly because I’m scared shitless of them. You don’t want to be making a public mockery of an adult film director. I’m not suggesting that they might have my legs broken in retaliation, but you never know. It didn’t seem fair to drag anybody through the mud just because I happened to have a bad experience with them. It’s entirely subjective, and maybe they thought that I was the crazy one. But yeah, I met a few directors who made some not-so-subtle threats. One of them even told me exactly how he would have me disemboweled if I even considered writing for another studio. I don’t take that kinda thing lightly. I’ve seen that documentary about John Holmes. I know all about the Wonderland murders. I’m as paranoid as the next guy.

In the book you claim you never used your personal fantasies when writing a script. Which led me to wonder, what if you had? What might an Eric Spitznagel fantasy look like on screen?

You were hired to write the sequel to Butt Crazy! So, I’m afraid I have to ask: do you consider yourself an ass man? I mean, don’t you sort of have to be an ass man to write a Butt Crazy! script?

I do stand by that answer, because to me, the obvious choice was the woman in her thirties. I thought it was hilarious that Ron just assumed I was talking about the 19-year old girl and didn’t press me to elaborate. Why would you want to date somebody in their late teens, aside from the fact that they might be a bit more physically elastic? From what I remember about being a teenager, and even most of my early 20s, I was pretty much a self-involved and clueless ass. I might have had more stamina when it came to sex, but I certainly had none of the creativity and sexual mojo that I developed later in late. It’s like that old argument about whether it’d be better to sleep with a virgin or somebody with more experience. Why the fuckity fuck would you want to sleep with a virgin? Wouldn’t you want to be with somebody who actually knows what they’re doing, who knows their own body and how to use it? I mean, would you want a doctor who just got out of medical school or a doctor who just finished his 500th surgery? Again, the choice is obvious. I don’t care if the young doctor is full of plucky enthusiasm; I still want somebody with a little more experience using a scalpel.

One final question, Eric: At one point in the book I was delighted to find you stepping outside for a cigarette. Please tell me you haven’t given up the habit. Why is it so impossible to meet a writer who smokes these days?

Sadly, I haven’t given up smoking yet. But I’m still hopeful. I’m determined to quit someday, though it seems almost hopeless at this point. I’ve been a smoker for so many years, the very idea of quitting seems like such a useless, empty gesture that signifies nothing more than a complete misunderstanding of human nature. I sometimes feel like one of those born-again gay men who claim that they’re going to give up homosexuality. They may have the best of intentions, and they may actually succeed for a few weeks, but we all know that it’s just a matter of time before their mouths are wrapped around another anonymous cock. But I’m going to try anyway, because I’m sick of it. I’m sick of being perfectly content if my electricity is shut off, but petrified if I don’t have $5 in my wallet for more smokes. I’m sick of tables piled high with ashtrays and lighters and empty cigarette packs stacked into morbid little pyramids. I’m sick of being the guy who neighborhood children refer to as, “Old Man Wheezy.” But most of all, I’m sick of not being able to write a sentence without a cigarette in my hand. Without the crutch of cigarettes, I fully expect a future of creative impotence, in which I’m incapable of crafting even the simplest sentence without softly weeping into my keyboard. I believe Sigmund Freud said it best: “Since I can no longer smoke freely, I no longer want to write.” Then again, Freud uttered these words shortly after being diagnosed with cancer of the jaw, throat, and lips. I suppose it’s unwise to share the philosophy of a man who smoked until the entire lower half of his face became one big tumor.

* A portion of this interview originally appeared in the Ann Arbor Paper.