An Interview With Christopher Boucher 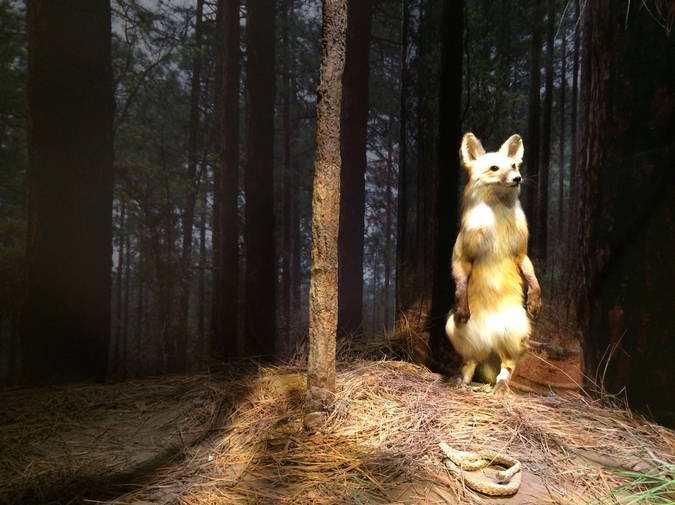 Christopher Boucher’s new novel, Golden Delicious (Melville House), is a kind of referendum on all we presently hold dear in fiction. Its emotional hold on the reader is very strong, but its avant-garde methods critique those special effects by explaining what they’re doing to your feelings while they do it, which somehow only makes the book more sad.  It tells the story of a family and a town in ways that seem universal, though the protagonist’s mom smokes six-foot cigarettes and history grows up from the ground on sheets of paper. In other words, the book achieves relatability (as Millenials like to say) through the impossible. The book is difficult yet rewarding, even haunting, in the time-honored way of challenging books throughout history. I spoke to Christopher Boucher over email about the oddness of his style, who his influences are, and how his mother used to smoke.

Adam Novy: One of the pleasures of the book is the way this character, the Reader, both did and did not speak for me as I was reading. I'm not even sure how to ask this question, but in using this metafictional character/entity, how much did you make it voice your doubts about the book, and how much did you let it off the leash to act like an idiosyncratic character? And how has your relationship to your hypothetical "reader" changed since your first book came out?

Christopher Boucher: The meta-anxiety function of the Reader certainly informed my process, but I ended up cutting much of that material in later drafts; I think it would have seemed tentative, and not very interesting, for the book to continuously doubt itself.  I found it much more compelling, rather, for the Reader to toggle between the Reader (any and all readers), a Reader (the person reading the text at that very moment), and the Reader as a specific character with particular inclinations and tendencies.  Also, I needed this last iteration to build the narrative arc.

I'm quite sure, too, that the rendering of this character in Golden Delicious suggests my evolving sense for how my work is read.  I think my default reader-setting when I wrote my first novel was an amplified sense of dismissal and flat-out rejection.  I think this was a somewhat immature and timid stance on my part, and I hope I have a more evolved sense for my readership with this book.  Even so, though, I'm consistently aware of the fact that I'm asking a lot of the reader, and I'm always overjoyed when I meet so many patient and open-minded readers.

I think there might be another angle to this too, though.  The perceived existence of the reader reminds me to keep my priorities in order: to focus less on linguistic fireworks and wacky conceits and more on the emotional trajectory of the characters.  It's easy for me to forget this when I'm writing, so I think my Reader-character might have functioned as a sort of self-imposed alarm system.

AN: I'm glad you brought that up, because the other way to see the book is as the story of a family coming apart. They're so particular and selfish and forgivable, in their individual ways. Can you talk about the process of constructing them?

CB: As you know, I wrote extensively about father-son relationships in my previous novel; I’m very close to my father, and I often “write from” or “riff off of” – by which I mean that I start with something real and then let the writing go where it will – our experiences together.  With this novel, I took the same tack with other members of my family.

I think it’d be easy, though, to deduce from my book that I had an unhappy childhood.  That’s not at all the case – most of the premises and characters are amplified or augmented to serve the emotional arc of the narrative.  My real-life mother, for example, certainly isn’t the harsh character in the book.  She was a smoker throughout my childhood, though (she’s since quit), which inspired the six-foot cigarettes that the character smokes.  While my real-life father was a great dad, and very present, he worked incredibly hard – three jobs, for most of my childhood – which I “translate” into a character who, at one point, works at a factory making work itself.

While I was lucky to grow up in a stable household, I always worried about my family.  My dad’s father died when he was nine, and I remember turning nine and wondering if that was the year my dad would die.  I think that sense of vulnerability, coupled with my own love and respect for the people who inspired these characters, informed my rendering of the family in this book.

AN: My favorite thing about both this novel and your first one is they way they took me back to when I was younger, when a book would feel so overwhelming and mysterious, and more a raw experience than just a bunch of information. These days, when I read, I often catch myself just watching the writer write, instead of getting lost. Do you write the kind of book you always wanted to write, and how did you arrive at this unique style?

CB: I feel the exact same way, Adam – the books that stand out for me as a kid were those that not only delivered a good story, but challenged my sense of what a book could do.  I’m thinking of the Choose Your Own Adventure books (which I’d occasionally read linearly), or of how floored I was by Art Spiegelman and Lynda Barry.  It’s probably not a surprise that the books I’d call most influential have that same “break the mold” quality – books like Richard Brautigan’s Trout Fishing in America, for example, or Ben Marcus’s The Age of Wire and String.  I find the writing in these books beautiful, but the books themselves also suggest that the future of the book is wide open – and thus, that the world itself is larger than I thought it was.  More than anything, this is what I look for when I read these days: that through-line of play, discovery and optimism which I think reaches back to Gertrude Stein, James Joyce and Flann O’Brien, can be found in the writing of Donald Barthelme and George Saunders, and which I see too in new books like Alexandra Kleeman’s You Too Can Have a Body Like Mine or Valeria Luiselli’s The Story of My Teeth.

When I was younger, though, I didn’t plan to be writer; through my freshman year of college, I planned to be – and had been working as – a theatrical set designer.  I loved that work, because it was all-encompassing and strange; we’d spend two days straight painting an old canvas tent spread out on an amphitheatre stage to look like a marble floor, or work for a week treating foamboard with acid and latex washes to make it look like an eroded copper door.

I mention theater because it still informs the way I approach my writing.  When I started writing fiction seriously, I found it to be exactly the opposite of working in the theater: it was free; it was solitary; it was boundless.  Even if the subject matter is heartbreaking, therefore, I’ve always seen the creative act of writing itself as incredibly joyful.  My favorite writing reminds me of, or refreshes, that joy and sense of discovery, and I certainly try to infuse my own writing with those qualities as well.

AN: How did the process of writing your first book change you as a writer?

CB: My first novel took me about ten years to write, so I changed a lot as a writer over the course of the project.  When I began Volkswagen, I’d just started incorporating new elements into my work: surreal premises, appropriated forms and made-up words.  The first few years of that book were sort of a giddy creative whirl for me; I wrote vignette after vignette about these strange characters – a talking Volkswagen, the Memory of My Father, a Lady Made Entirely of Stained Glass – without really thinking about the design of the book as a whole.  The draft that I submitted as my thesis at Syracuse, actually, didn’t have much of a plot.

In the years after Syracuse, though, I found I had to more fully commit to this new style or aesthetic – to think seriously about which risks I wanted to take and why, and what I was asking of readers.  I also needed to learn to recognize the difference between those gestures that were emotionally-driven and those that were weird or inventive just for the sake of surprise or spectacle (not that I answered this question once-and-for-all – I faced it again while writing Golden Delicious).  Finally, I think I needed to learn how to pay attention to that “giddy whirl” while also sustaining an extended narrative.

As the years passed, I started adding events from my life to the book: an ex-girlfriend of mine became the character named the Lady from the Land of the Beans; my father survived a vicious heart attack, and the character of the father in the book had his heart stolen by a “heart attack tree.”  When I added the latter, I could finally see the narrative arc and the book began to take shape.  I guess I had to suffer some artistic growing pains first, though, and a few living pains as well.

AN: Last question. It's about craft. Many novels suffer at the end because the writer loses the feeling of discovery and the meanings of the text begin to clarify. Your book stays mysterious throughout, and the prose retains its glitter. How did you do that?

CB: That’s wonderful to hear, especially because I struggle with endings; with both books, I worked with my editor at Melville House, Valerie Merians, to adjust the pacing and the final plot points.

I will say, though, that several of the books that I’ve found most impactful – Trout Fishing in America, Jesus’ Son, or stories like George Saunders’s “Civilwarland in Bad Decline” (That last line!  The just-murdered narrator looks for good in his killer, and finds only “…hate and hate, solid as stone.”) resist the urge to tamp down the language or logic in the last act.  They continue to twist – or, even better, to sparkle – right until the final crescendo.  The force that drives me most often when I’m writing is surprise – the discovery of an odd premise, a particularly heartbreaking or strange sentence, or an unexpected or new word.  This seems akin to what Karen Russell calls a story’s “fish slap to the face” – that moment, like at the beginning of Kafka’s “The Metamorphosis” (Karen’s example, when I heard her explain it), when the reader is shoved off balance.

I think it’s OK for those fish slaps to occur throughout – even at the end.  This isn’t to say that I like feeling lost as a reader, but rather that I welcome a certain degree of open-endedness – that layered moment of  “oh/yes!/what?”  I love narratives that remain mysterious machines, and thus, appear to keep running even after you’ve finished reading.

Adam Novy is the author of The Avian Gospels (SF/LD, 2011). He lives in southern California.