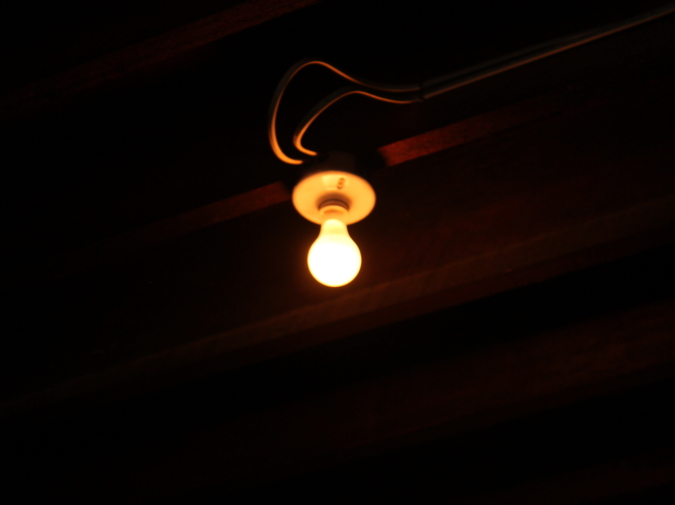 This month sees publication of our newest print issue, Hobart #14. As such, and as we have done to accompany our last few print issues, we are devoting the entire month to various "bonus materials" -- photo essays, alternate endings, drawings, extra short fictions, interviews, & more! Below, another "Animal Collection" short by Colin Winnette, to accompany "Tarantula" and "Killer Whale" in #14.

X-Ray Fish are bone clouds. Dumb-looking things. Fat and slow-moving. The kind of fish that would eat an onion like an apple. When I was giving tours, I would say, Here are the bone clouds. Look at them suffer to live. This is why they hired and fired me. My words are like that of the making. When earlies were first slicing up the world with nametags, I was what they might have called “a potentiality.” I was absent but inevitable. And now I’m the new work they were doing. I’m doing and undoing, making and unmaking, naming and un-naming the whole thing as I go. Not to get to swell-lunged about it, but I get the sense that I’m every now and then putting the early life back into things. So when I gave the tours to little kids and grandmothers, the ignorers and the bored ones, the eaters and the footers, I was thinking more or less about ways of taping them to the glass, face first, so they might see what there was to see, instead of doing whatever it was they were doing. We had red ass monkeys and bare-chested balloon cats. We had bone clouds and star frogs and kittle kettles and buckworthies. I’m not saying I was the best at the job, but I wasn’t the worst. Jill, she once said the sneaks had been clocked at 120 mph, when I know for a fact the fastest yet was written at 110. These are little details, but they’re details and that’s something that sticks. A name’s just a thing that slides off the back of each creature moving past us in the year-slips. Did you know there’s no way of knowing how long alligators have been around? I know that much. While I can’t say why exactly—it’s got something to do with how they test the fossils, what they test for, and the alligators just not giving it—I can say as much as I know this. It was Longish Ray that told me and he’s never been wrong as long as I’ve been circling the cages. Jill’s no Longish Ray, but she wasn’t a bad one either. She wouldn’t let me call her anything but Jill: not Jillken or Jello or Womps or Tagger, so I called her Jill and still call her Jill.

She liked the bone clouds best and I could find her there after hours and give her things like a story or an ice cream or a name tag with the word Blinktagger on it, and she would tell me how sweet I was, but wouldn’t take the ice cream or the nametag, though she always listened to my stories. It was Jill that first told me I told good stories. I’d like to tell stories now, for a living, because I think I’m pretty good at it.

There’s one about why they hired and fired me and it’s that once there was a young Billken and he was a tour-giver and a circler extraordinaire. Then he broke his foot on a brick-slip when stepping up to point at a pregnancy in the Fly Wonders and he said a series of things he shouldn’t have said in front of a group of people who shouldn’t have heard them. Billken got fired for using the wrong words, which did not feel right, and he said he had always used the wrong words and they told him that they knew that: it was why they had hired and fired him. It was a matter of the wrong kind of wrong words versus the right kind. It’s the kind of story I would tell Jill in front of the bone clouds for free, if I were still allowed to go near Jill or the bone clouds. It’s been years, and she might not even have a fondness for the bone clouds these days, not any more than the Grippers, which she told me she thought had great climbpaws—the front ones—the last time I saw her before I broke my foot. And now Jill’s inside the big cage and I’m outside it forever.

If Jill and I were law-locked, I’d be happier every time I came home after a long day of being outside the cage, but now I just spend most of my time buying chocolate sticks and candy logs and worry pills, knowing there’s nothing really at home for me, not really. I bought a candy log just this morning, one that’s labeled Butterfinger, and I ate it with more than curiosity and found it perfect in my mouth and stomach. And then there’s the wrapper on the table and it’s being streaked with what I just took in and that word Butterfinger tilting toward me each time the wind bends in through the window and I get to thinking about how they were right about how wrong a word can feel, and how other times it’s like Tupperware sliding into place, and I’m exactly sad because I don’t think I’ll ever see Jill again, who was nice to me, and I twin her with the Butterfinger here on the table, tilting toward me all empty with its fixed name while I’m kind of choking at how much I want to turn away but probably won’t, not for awhile, because the wrapper, the label, and the fingerprints are more of that first candy log than whatever it is that’s in me now.

Colin Winnette is the author of the novel Revelation (Mutable Sound 2011) and a collection of short stories, Animal Collection (Spork Press 2012), in which the featured stories are included. He was recently the recipient of the Sonora Review's 2012 Fiction Award. His newest book, a collection of novellas entitled A Long Line of Diggers, is forthcoming from Atticus Books in March 2013. He lives in San Francisco.