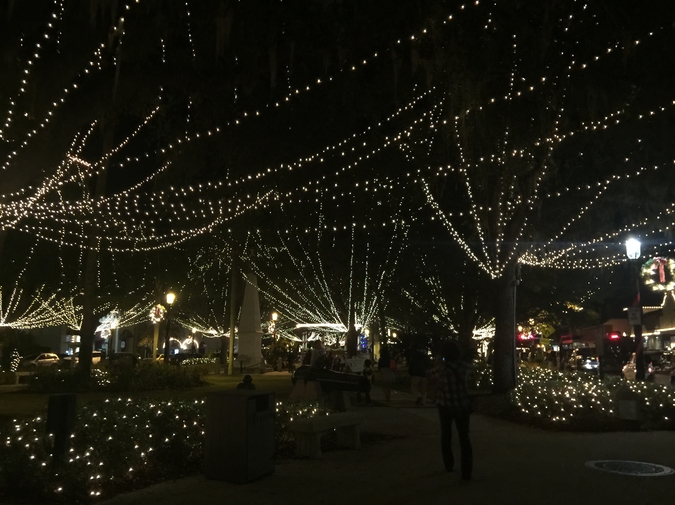 There was the night where the snow was quieter than usual
& your car wouldn’t start, so we stood under concrete

steeples to wait for the tow truck until your last hand warmer lost
its pulse. We moved into the stairwell & I started singing Ave Maria—

I once saw a video of a woman singing O Come O Come Emmanuel
in a gutted museum & I hoped the parking garage could become that too,

but nothing can be that special. There wasn’t anything special about that night,
really. We were just trying to get to Applebee’s, after all—but I’ve had to work

to remember that. The most effortless memory: our voices echoing off
the gummy walls, our shoddy Latin, our fingers honeycombed

in each other’s pockets. You were telling me about a photo you saw
of a buck wandering around a French cathedral when the tow truck

finally showed up, its tires braiding scars across all the snow in front of us.
I don’t remember if your car ended up feeling like protection, or if you thought

I had a decent voice. I imagine I started to sweat after the snow melted
into my scalp. But I remember your laugh. I remember the night sky,

red with newness and chimney smoke. Nothing was special until a season later,
when I found the dead hand warmer stuffed in the pocket of my coat. Nothing

was special until it was remembered.

Lyd Havens lives in Boise, Idaho. Their work has previously been published
in *Ploughshares, The Shallow Ends,* and *Foglifter,* among others. Their
chapbook, *Namesake & a Half*, will be published in May 2021 by Game Over
Books.