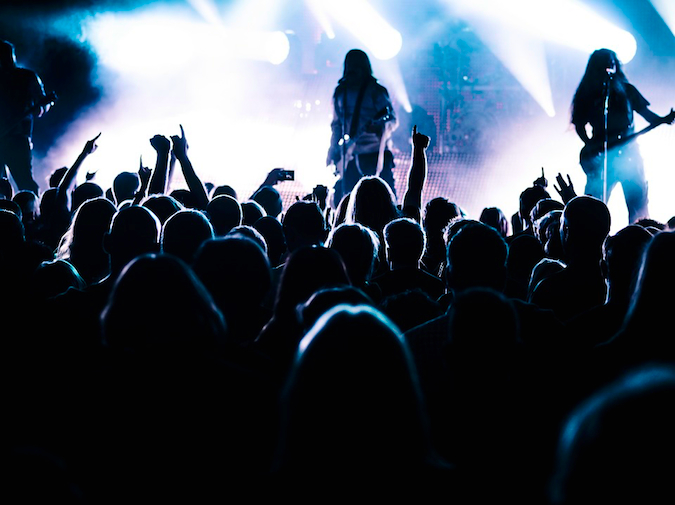 We were clowns playing death metal. That was our gimmick: whiteface makeup, red rubber ball noses, rainbow-colored wigs. We called ourselves Puke Bucket, but in his review of our first big gig (opening for Destructö and Der Fuehrer) the Indy Weekly’s dickhead critic called our performance “nightmarishly amateurish” and referred to us as “The Bondage Clowns”—I guess because Koll had a pair of handcuffs dangling from his beltloop and was wearing a dog collar. Unfortunately the name stuck. “We’re Puke Bucket,” Jdren would scream into the mic, and the crowd would scream back, “You’re Bondage Clowns, fuck you, you suck, Bondage Clowns,” and after “Bondage Clowns” lost its luster they started calling us “Insane Clown Pussies,” so we realized some rebranding was in order.

“All we have to do is drop the clown makeup,” I said at the last band meeting.

“That’s not all we have to do,” Jdren said darkly, looking at Brandon.

“Fuck you, Jdren. If that’s how you feel,” Brandon said, “then you play bass.”

“I’m a drummer, not a bass player,” Jdren said.

“We have to reinvent ourselves. We drop the clown makeup,” Jdren said, “but keep the fetish-wear.  And we write some new songs and we call ourselves Alptraum.”

“What the fuck kind of name is Alptraum?” Brandon said.

“German for ‘nightmare’,” I said, looking up from my phone.

“Did you know that already, Skott, or did you just now google it?”

“Yes!” Koll said. “I’ve been pushing this for a year! Thrash metal!”

“No, dude. Thrash metal is passé.”

“Not grindcore. Grindcore has shot its wad. Dudes, we have to catch the next wave, get on top of it, ride it all the way in.”

Jdren made like he was tearing his dreads out. “No. No. No,” he said. “Pornogrind.”

“It has its own Wikipedia page,” Jdren said.

“This bullshit right here?” Brandon said, “this is why I’m out. Pornogrind. What a joke.”

“Go, then,” we told him, and Koll added, “Go waste away in Margaritaville for all we care.”

Brandon slammed the door and we looked at Koll like, WTF, dude. “He’s joining a Jimmy Buffett cover band,” he explained.

So that was the beginning and the end, the alpha and omega, of Alptraum, our nightmarish pornogrind band. We never got around to writing any pornogrind songs and we never found a simpatico bassist to replace Brandon—who really did join a Buffett cover band, by the way—and then Jdren broke both his ankles falling off a stepladder (don’t ask) and was MIA for the next year doing outpatient PT and getting strung out on Oxy, and he never did get back to where he could rock that double kick-drum like he had before. So that meant, as much as we fucking hated it, that Koll and I ended up playing three sets of acoustic classic rock bullshit on Tuesdays and Saturdays at the Taco Hacienda, and yes, we sometimes had to play that fucking song about drinking margaritas in Margaritaville. And just to devil us sometimes, when it was dollar mojito nights, Brandon would come by and stand at the edge of the stage and pump his fist and scream, “Woooohooooo! Alptraum! Alptraum! Alptraum!”

Luke Whisnant is the author of the novel Watching TV with the Red Chinese (made into an independent film in 2011), the story collection Down in the Flood, and two poetry chapbooks. His fiction and poetry have appeared in over 50 different journals and literary magazines, including Esquire, American Short Fiction, PANK, Poetry Quarterly, december, Chicago Review, and Flash: The International Short-Short Story Magazine. He teaches creative writing and literature at East Carolina University, where he also edits the journal Tar River Poetry.