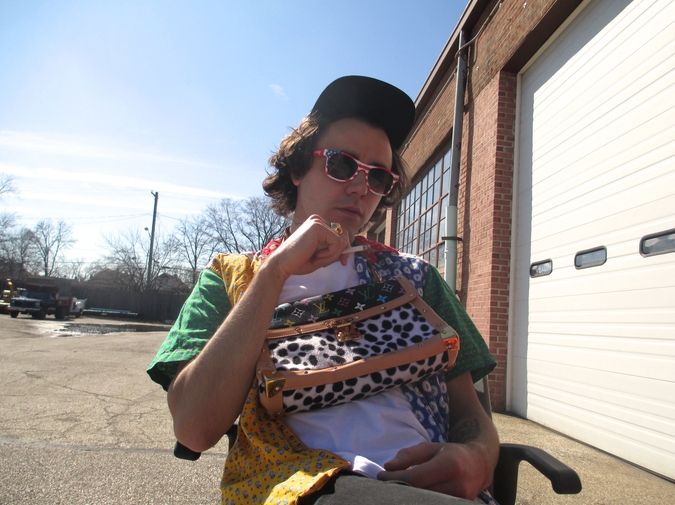 This is the first article of designer clothing I ever owned. A month or so after I got out of rehab my grandma gave me a Nordstrom gift card for my birthday and I bought this. It's essentially a white Hanes V-neck with a barely perceptible, also white, half-Medusa head emblem on the left breast.

I'd never seen a mock turtleneck sweater before and when I tried it on I thought it fit me interestingly - it's a large and I usually wear mediums - so I bought it. It's black with nothing on it. The material is soft and feels good on my skin. The turtleneck zone is weird, and when I wear it I occasionally perceive myself, to varying degrees, with varying degrees of self-awareness/sarcasm, as D'Angelo Barksdale in the first season of The Wire, because based on what I remember he wears mock turtleneck sweaters in it.

The first time I saw these boots I tried them on and didn't buy them because I felt like my designer clothing game was getting really dark and I didn't need to be spending money I barely had on things I didn't need. A week or so later I bought them. When I bought them the cashier said "Oh, you tried these on the other day." The boots are made out of soft brown leather, with one, also brown, LV on the side of each boot that "blends in" to the boot so the LV's are essentially invisible.

I exclusively wore boxer-briefs until I bought these. It's weird because my pants generally sag (to varying degrees, depending on my weight, how recently the pants have been washed, etc.) but these briefs are incredibly small, and when my pants sag, even to the smallest degree, my leg skin shows.

These look less good on me than the D&G briefs in certain ways, and better in others. I like that my leg skin doesn't show when my pants sag a little, and I like the waistband, but I don't like that the underwear part itself is white. I don't know why...Just seems bad, them being white.

My mom bought this for me for Christmas. It's black. Keep thinking "Classic leather jacket."

I saw this shirt in one of the "Welcome To Chiraq" Noisey videos - Chief Keef was wearing it - and I wanted it badly. I have it now. During a conversation with one of my ex-girlfriends in which she called me "the most pretentious asshole [she]'s ever met," she cited me wearing this shirt as proof. The shirt fits me perfectly and I love it. 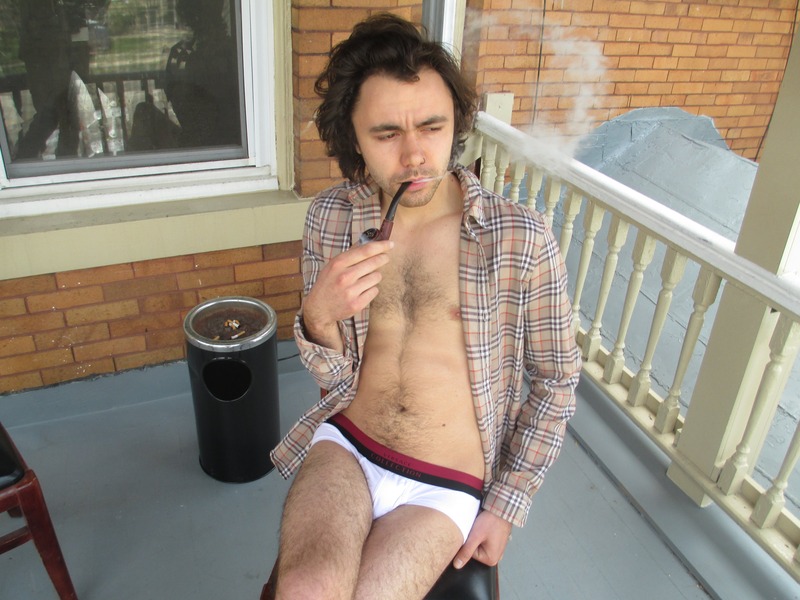 When I bought this button-up I wore it very frequently despite it being too small for me. I didn't wear it for a period of time for the same reason. In the past couple months I've lost ~20 pounds and it fits me better but I still don't wear it as frequently as I'd like to because I don't look as good in it as I'd like to. The shirt is yellow, no design. I sometimes think about it as a shirt I'm "eventually going to fit in to" in a manner like I'd imagine certain females do when they have slimmer-fitting clothes that they want to fit in to, and use as motivation for exercising more or dieting or something.

I didn't intend to buy this when I walked into the store, and had never considered buying a purse before, but for some reason when I saw it, I put it on my arm and looked in the mirror. I felt surprised at how natural it seemed to look on me. When I asked the friends I was with what they thought of it they looked uncomfortable and said things like "Yeah..." The purse has leopard print on the bottom half and pink and green LV's on the top half. I wear it around my right arm or my neck. I've never worn it in public.

I'm generally not a fan of True Religion as a brand - their jeans suck, their logo sucks, everything about True Religion sucks - but I saw this shirt and immediately thought "punk" so I bought it. The shirt fits loosely on me in a way looks good to me, is black, and says "TRUE," spelled in bones, on the front. I sometimes think about it as "something Laura Jane Grace would wear," in terms of the aesthetic.

This is my favorite thing I own. Here is a picture of it. 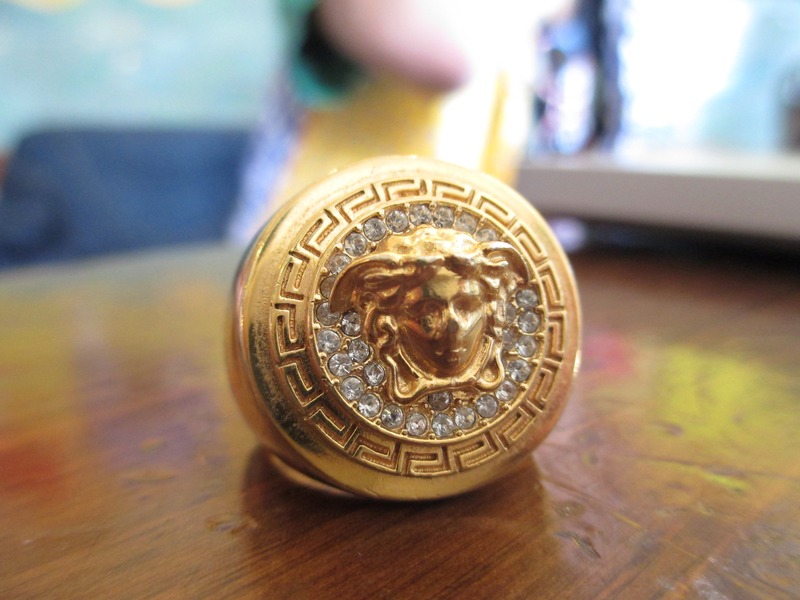