All My Coworkers When I Worked At Zeppe's 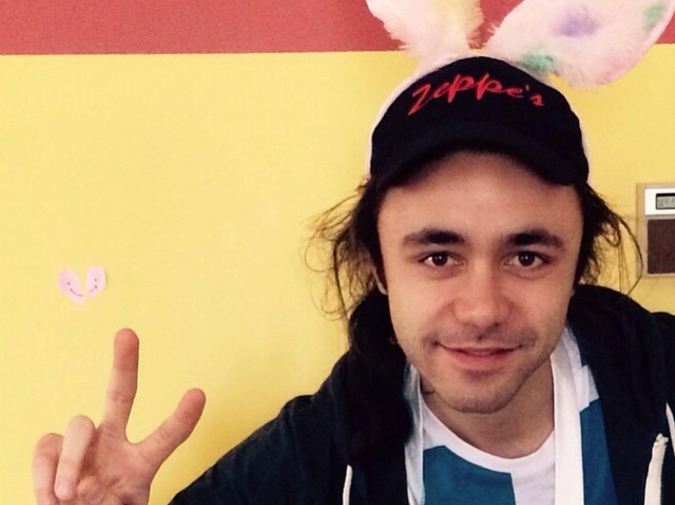 In 2011, while addicted to heroin, I briefly delivered pizza for Zeppe's, a chain restaurant in rural Northeast Ohio. Here are some things I remember about the people I worked with.

Jessica - Jessica was the first person I met when I got my application. Half of her hair was buzzed and the front of it was many different colors. She wore large, thick-rimmed glasses.

The first time we worked together I heard her excitedly tell another coworker that she was going to put on the new Daft Punk album.

She called me "dude" a lot. I bought her a Rip It brand energy drink once.

Don - Don co-owned the store with his wife Betty, and was the person who hired me. He was ~60 years old, had white hair, looked healthy, and was constantly/'gleefully' walking quickly around the store.

One night Don bought ice cream for everyone who was working.

Don and Betty frequently displayed affection toward each other via openly making out and groping each other during work.

Betty - Everyone who worked at Zeppe's, including Don, called Betty "The Big Boss." I felt vaguely intimidated by Betty because she didn't seem to feel the need to interact with me when we were working together, which I would usually feel affinity toward - a coworker not talking to me while we're working together - but since she was my boss I think it caused a certain amount of insecurity/anxiety in me.

I'd do things like repeatedly smile at her when I thought she was looking at me when she wasn't looking at me or say things too quietly for her to hear me then feel scared that she was ignoring me because she hated me.

Betty had dyed blonde hair and seemed younger than Don by at least ~7 years.

Tabatha - Tabatha was a shift manager. Coworkers frequently complained that she was mean, but the general consensus seemed to be that she wasn't "as bad as she used to be." Tabatha was mildly overweight and had 'resting bitch face' and every time she smiled it felt forced and fake and 'insane,' to me.

The first time I worked with her after getting the outline of Ohio tattooed on my neck she asked me why I got it and I mumbled something like "...because I wanted...it..." and she said "Well now you'll never forget that" in a manner that seemed, to me, to imply that she disapproved of the tattoo - of all tattoos, maybe - and that if I hadn't gotten it I'd at some point "forget" Ohio, or something.

Tabatha seemed to constantly judge everyone's performance at work negatively and express it passive-aggressively. I repeatedly heard her tell people to do things a certain way then I'd see her not do those things in those certain ways.

One day while I was technically homeless and very high on Klonopin and heroin, I showed up to work and, according to what my coworkers told me later, I immediately started pacing around in circles in the front of the store and mumbling to myself. Tabatha asked me if I was okay and I said yeah, that I was just tired, then continued pacing and mumbling. After a period of time, she sent me home and told me to get some rest. During my next shift she made a joke about me "seeming like I was on heroin or something" while laughing.

Jared - Jared trained me. He had "systems" worked out for every part of the job and he took his job very seriously. When he showed me his dishwashing "system," which I didn't pay attention to and don't remember, he said "My parents eat here sometimes, so I always do my best to make sure the dishes are as clean as possible, you know?" He said "This part of the job is really nice. You just get to feel warm water on your hands and take something that's dirty and make it clean."

One day Jared told me that he hadn't drank alcohol for 18 years because of "getting some D.U.I.s" but had recently begun drinking occasionally again and that he felt guilty about it. He said "In my life, drinking has never helped me with anything. There were times when I thought it did, but really it's caused nothing but bad shit in my life," then paused and said "but marijuana's a different story."

One day I got to work and Jared was sitting outside with his shirt off, smoking a cigarette and talking to Jessica. I walked toward them and stood, also smoking, listening to their conversation. Jared said "The spell lasted nine and a half years. If it lasted ten I figured it might have lasted my whole life, so I'm happy about that." I said "What kind of spell?" He said "I didn't have sex for nine and a half years until last night. I found out after dating my ex for three years that she was just using me for sex, so I was like, fuck this, fuck having sex," then talked for an amount of time about his sister getting divorced, liking girls who are "half his age," and said something about "being a pervert."

Micah - The first time I met Micah, Don pointed to him and said "Micah's our powerhouse. He delivers, cooks, works the oven, and is the shift leader when Tabatha's not around." Micah had a ponytail and a small amount of facial hair on his chin. I immediately perceived him as someone who felt very passionately about metal music.

Once, I saw him with Jessica and DeAngelo in the parking lot digging through a backpack in the trunk of his car while looking around in a manner that seemed to me like they were doing something 'illegal.'

Micah ended up getting fired in a vague manner, it seemed, after approaching Betty and Don one day and telling them that Mark was drinking while delivering pizza and that if they didn't fire him, he'd quit, and based on what other coworkers told me, Betty and Don essentially told him to mind his own business then fired him.

"Geoff" - "Geoff"s real name was Tyler. When I asked him about it he said something I didn't understand about his Irish heritage. He didn't look Irish at all, was morbidly obese, incredibly hairy, and smelled like pure vomit 100% of the time.

DeAngelo - DeAngelo was the only white person I've ever met named DeAngelo. He wore thick-rimmed glasses and seemed to be friends with Jessica 'outside of work.' He quit while I was still working there because he got an office job.

Marcy - The first couple times I worked with Marcy she greeted me excitedly and asked m how my day was going. She was a junior in high school and worked two jobs. She was very thin and seemed perpetually 'giddy.' When she found out I was a writer she said something about how English was her favorite subject in school "because it is just so interesting that people write...like, what a weird thing, you know? Who thought of that?"

Mark - The first night I worked with Mark I noticed his hands were shaking really badly while he pointed at the places on the map where I was taking my deliveries. We smoked a cigarette together and he told me he drank eight beers that day - it was ~1PM - and that he drank "just to feel normal." I said something like "I feel it...I really do..." and "It sucks." He agreed but didn't care. He said something about cocaine. I said I didn't like uppers because of how depressed I felt when I came down, and that downers were my "drug of choice," but that I used to do uppers every day so I could stay awake and use more downers. He, to my confusion, said that downers were his drug of choice too. He said "If you haven't smoked crack I wouldn't recommend it." I said I hadn't smoked crack.

Mark frequently drank and smoked crack while delivering pizza. One day he asked me what drugs I was on and I said "heroin and Klonopin." He said he never did heroin but that he wanted to.

Julia - I think Julia was a college student. Once I overheard her tell another coworker that she "already went through menopause" and when she noticed I was listening I heard her say something sarcastic to Kathleen about having sex with me. Jessica called her a "pervert."

Ben - Ben was Don and Betty's son. He seemed to be dating Tabatha, based on me seeing them riding on his motorcycle and in a convertible together with his arm around her. He worked ~1 night/week and didn't seem to actually do anything when he was at the shop. We never directly interacted.

Amber - Amber was a junior in college who was majoring in nursing. She seemed quiet and cute.

Quincy - I worked with Quincy once, very briefly, and never saw him again.

Megan - Megan seemed shy and anxious. On the rare occasion she'd say something to me, I'd ask her what she said, multiple times, because she spoke so quietly, and usually ended up just nodding or grinning, still unable to discern what she'd said. I think she was probably in high school.

Joe - Joe was the only employee I worked with - besides Quincy, maybe - who got hired after me. He mentioned "being in the service" multiple times and every time he talked about it I'd realize I'd completely forgotten that he served.