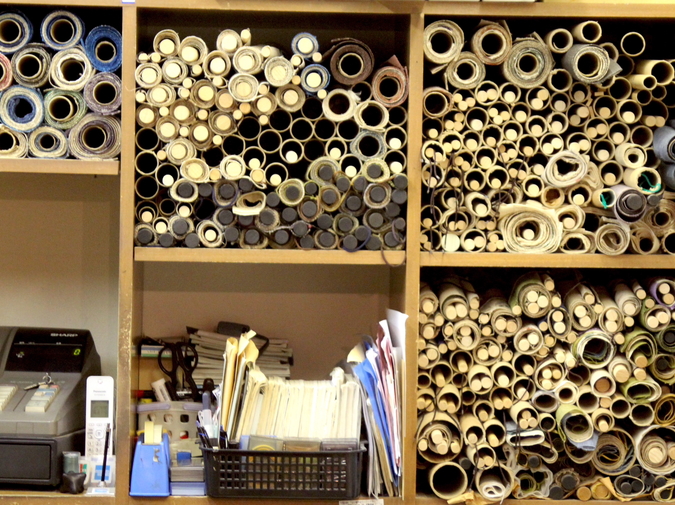 I am minding my own business the day I tumble into Sally’s orbit. I’m not sure she even notices. There’s not much to do there. So I observe, take notes, experiment. What I like best is to just hover. Sometimes, when I suspect no one is looking, I leap. And it feels like I may never come down again.

We work for a research firm specializing in organic hygiene and personal care products. I’m in accounting. Sally in the lab. Among her other duties, Sally is an odor judge. Her nose is rather ordinary to look at, what my grandma might have called a button nose. But Sally’s nose is legend. Last week the lab put her skills up against a rented gas chromatography machine. Both Sally and machine graded the absence of odor in various paper towel samples. Sally won. The machine was crated up and sent back.

This week she’s sniffing out halitosis.

After weeks of trying to not get caught staring at Sally from across the employee cafeteria, she motions me over.

“Why do you always look at me?” Sally says.

The smile I was expecting never materializes. Instead she says, “You’re nervous.”

“You can smell that?”

“No, silly. Your hands are shaking.”

Maybe it was nerves. Or perhaps it was the nauseating fumes of Sally’s tuna sandwich on de-crusted white bread. But I said the first thing that came to mind.

“Would you marry me?”

“Probably,” Sally said. “But we should go on a few dates first.”

We stare until she taps her gavel on the table. It makes her Tupperware vibrate. And I know that’s my cue to leave.

The first date doesn’t go so well. I arrive on time. But just as I cross the threshold, Sally signals for me to stop. She begins gathering the air around me, spooning it with cupped hands. The motion is not unlike someone backing up a truck. Then she goes up on tiptoe and sniffs my ears, the corner of my mouth, the nape of my neck. She nudges my arm up and plants her button nose into the very heart of my armpit. It tickles like mad. Before I can get myself together she’s sniffing my crotch. Then she takes a knee and gets a whiff of my feet. Finally she stands, taps the gavel on her palm, then shakes her head, looking every bit as disappointed as I feel.

Our second date is on Zoom. But Sally has a difficult time focusing. She alternates between twirling the gavel and tapping her keyboard. I suspect she’s either playing Minesweeper or sending Morse code messages to imaginary friends.

The third time is a charm. I have scrubbed and rescrubbed away any offending aromas. I even dried myself with odorless organic paper towels. Sally does her part by wearing a ski mask. We avoid liquor stores, gas stations, and bank teller windows for obvious reasons.

Every day after that I am a bit more powerless to Sally’s gravitational pull. Each breath she takes tugs at me like a cartoon magnet. No matter if she’s testing scented kitty litter in the lab or simply gathering oxygen in her sleep, her every inhalation imparts a gentle course correction. I’m the needle; Sally is north.

The pandemic picks up steam and Sally becomes an early adopter of the mask. When we overhear disputes in public, Sally goes still. She grips her gavel, hears every argument, silently overrules objections, dispenses judgment, and hands down sentences, which the litigants usually heed, but rarely notice.

We shop for a puppy. But we’ve yet to find a dog that does not immediately resent Sally.

One Saturday morning, while cleaning out my garage, I keep getting stuck. I’m not sure how else to put it. Everything is normal and then suddenly my limbs begin moving in slow motion, against my will. Air accumulates in my lungs until it starts to burn, then expels in a sudden gasp. That’s when I remember that Sally is at the rec center. And my guess is that she’s swimming laps. I make my way there in breathless fits and starts, hugging my own arms to keep them from miming butterfly strokes. Sitting poolside helps. And when Sally finally breaks the blue chlorinated surface, I can breathe again. The gavel is tucked into the top of her one-piece, like a third knobby breast.

“How much longer?” I ask

But Sally doesn’t hear me. Her murky form is already slicing through the water in the opposite direction. I lean back against the concrete wall, keeping my eyes on Sally, matching her breath for breath.

Sex with Sally is less weird than I feared it would be. The nose plug is a bit of a turnoff, but all that panting and mouth-breathing adds both urgency and delight. The gavel has only been a problem twice.

In our first year of marriage Sally tells me to see a dentist. “You’re breathing sulfides like exhaust. It’s an early sign of decay.”

She just cannot stand the thought of the smell of childbirth. So in our sixth year we decide to adopt. Harriet and Henry are biological siblings. Everyone says they look like their mother. And nothing has ever made Sally’s button nose blush harder.

We celebrate our tenth anniversary with tin dice. The idea is to roll them and do what the dice say. Sally tries to enjoy the novelty of it all, but I notice the veins bulging on her wrist as she grips the stem of the gavel. The game devolves into unmasking grievances that lead to unanswered questions. Nearly a month passes before Sally finally answers one of my badgering inquiries.

“What is it, Sally? What is bothering you?”

“Cancer,” she says, but I can barely hear her.

“How could you possibly know that? And how is my cancer your fault?”

But I knew the answer to the first question. I’d been urinating a lot more often. It had become halting, sometimes painful. And even I could tell it smelled strange, like buttered popcorn or Cap’n Crunch. And whenever I wasn’t peeing, I still felt like I had to go. One night I had awakened to find Sally hovering over my groin. My first thought was that she must have woken from an overly amorous dream and was thinking of creative ways to wake me. But no, not without her nose plug. The reminders to see my doctor started up the next morning. I mostly ignored them.

“I’ll schedule an appointment tomorrow,” I said. “I’m sure it’s nothing.”

It was something after all.

The end comes quickly. Sally sits by my bed every day. But she does not wear a mask or do anything to block the onslaught of hospital smells. I take this as a sign of solidarity

“I need to tell you something,” Sally says.

“Do you remember that first day in the break room? When I noticed you were nervous?”

“How could I forget?”

“Well…I lied. I really could smell it, mostly sulfur. And from like ten feet away. I just happened to notice your hand shaking after you sat down.”

“And you’re still thinking about this?”

She nods. A tear drips onto the business end of her gavel.

Sally ruptures. It’s a guttural sound—two parts laughter, one part sobbing—a hideous and beautiful refrain. I’m really glad I get to hear it. That’s when she presses the gavel into my hand. And it helps, even though we both know I cannot take it with me. I want to tell her not to be sad. To not think of it as me dying, but rather like launching back into her orbit where I can tumble there for all eternity, like a shoe in the dryer. But Sally knows what’s coming. She can smell it.