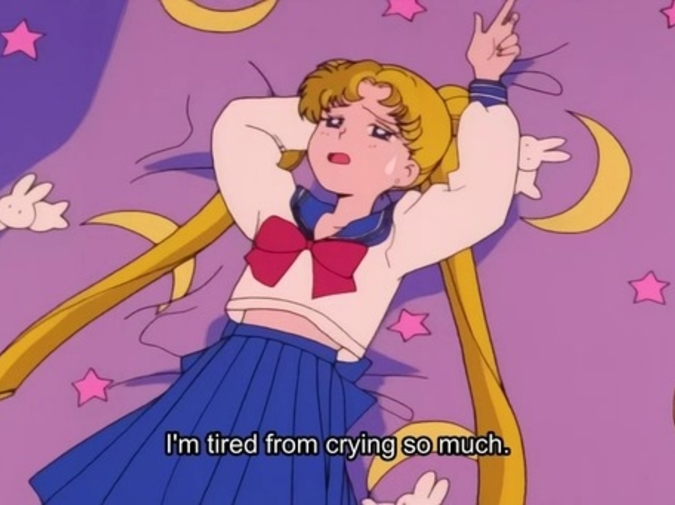 Jackie missed when he’d send her pictures of his face made all silly. He would blow up his cheeks, push his chin down into his throat to fat his face up. Or he'd put a halved orange into his mouth to give himself a day-glo smile. That kind of thing. He used to send in the middle of the morning, the end of a day, anytime, surprise. Concrete and metal had always been in the background.

He was too preoccupied now. Rather than becoming content from getting the thing he’d wanted for years, Jordan seemed to have to contend. Manager. The word had a weight to Jackie now. It was different from the one it had to him, had had to him — presumably would have. Weight lingered around his eyes for hours when he got home.  He sometimes woke up with it.

That morning they stood in the living room. She didn’t work that day, a Wednesday. She got up to meet him by the door as he left. She liked to touch him before he left.

She stopped. He made the face. It was nothing but two little pinchings between his eyebrows. Nobody else would know it, but to her it was clear as a word.

“Okay.” She said, and continued, “Right before you leave.”

He sighed. He sighed in a way that was a statement: I am sighing.

“Okay,” she said. She looked back into their apartment. They had lived here for almost ten years. All of their furniture was discontinued by Ikea, chipped, scuffed, faded.

Lived in, she thought. Pleasantish. They had plants that continued to be alive on the furniture and counter and windowsill. She thought of their names: peace lily, succulent, rubber fig, succulent, dumb cane. She imaged each with a tiny botanist placard, some historical sentence, this lily bought on their first trip to Ikea, survivor of three such plants that perished due to…

It wasn't a magazine but it was comfortable, clean and decluttered enough, and hinted, as all good rooms do she thought, at who they felt they were.

The only thing the dark stain in the middle of the living room — throw a human outline around it and that was where the muder is was committed. It was from a glass of red wine.

She spoke like a boy who has thrown a rock into the window of a man who has turned the hose on him before, a boy forced to apologize. She didn’t want to fight with him before he went to work, to spoil both of their days.

“I’ll water — I’ll check our plants,” she said. You can kill plans with too much water, as easily as too little.

There was a pause.

She thought furiously, who stands in their own living room? Why didn't they sit together to start? Drink a coffee or something.

He would come home later, she thought, and he would walk through the rooms of the apartment, both of them, and he would say, “you said.” She thought of other things so they wouldn’t fight. Did they need groceries?

They sort of kissed, sort of did their no other big deal gestures and faces, and he left.

Later they would review. Fight. Whatever.

Today, she had wanted to sit all day and watch anime. It was the first day of a new season of shows. She wanted to watch all the first episodes. To not be productive for her day off. Boot up the bootleg site, put her headphones in, think of nothing but subtitles, plots in comfortably familiar or delightfully weird shapes, come out of it when the door opened.
She wanted to not think, not move — just to not.

She was a waitress, she moved and she sprayed and wiped and picked up, smiled and talked and remembered and anticipated six hours. At work she was without a break beyond leaning hard against something.

She still loved the bright, rapid images, the strangeness that resisted familiarity after so many years. They had both started watching as teenagers, staying up late to catch whatever was on Adult Swim, and they shared this for awhile. But she had watched before she was a teenager: Sailor moon when she was a girl. The comfort of it went deeper than nostolgia or satisfied taste.

Recently he sat — true, sometimes stroking her hand, or his forearm against her, or her legs on his lap— he sat with white earbuds in watching somebody play games on Twitch and babble, she thought, with an obnoxiously high energy.
So now they only watched each of their things together.

But they were thirty, not twenty, anymore: they couldn't eat like that. Their doctors had warned each of them of something impending in their blood, high blood sugar, high blood pressure, for their age.

Sam, her friend, had said something to her that her therapist said. Interests, tastes, diverged over time and healthy relationships accommodated. Jackie knew. Jordan knew. Better. Everyone always had to be better.

She went to the kitchen and poured a glass of water from the Brita. She stood in the kitchen, thinking of starting. She drank the water. Then she poured two fingers of bourbon into the emptied glass.

At work that day. Kevin stood in front of Jordan in the stockroom. Metal shelving units were around them, swept concrete floors beneath them. Kevin was holding a small special inventory computer in his hand. His face was as plain and passive as a bank teller's. He looked at the computer, at Jordan, and then back at the computer.

“What do you think,” Kevin said, looking at the small computer, talking into that computer rather than at him, “Like we were talking about with Andre,” the store manager, "last week…" Kevin’s chin tightened.

Lower employees, this clarified by shirts without buttons that fastened them in the middle, walked by and knew better than to seem to be listening or understanding. The senior-most didn't seem even to notice their presence, though this ignorance came with an air of practice.

Tonight we could, Jordan thought as Kevin talked, if Jackie doesn’t cook we will order for a change. Chinese food. Jackie liked it. He thought of their favorites: hot and sour soup, vegetable eggrolls, combination chow mein, green bell pepper beef. They had enough for it.

He imagined styrofoam oyster containers opening by themselves, yielding up, stuffed, a cheap and easy beauty, not a compact pearl but a disposable mound.

He imagined the green bell pepper beef drawn out from the pile like scarves tied together issuing from a magician's sleeve, green and brown and tan, each slice of pepper and noodle and slice of beef linked end to end, bouncing as the chopstick moved up, seemingly forever, then like birthday streamers announcing, what, that today was the holiday he'd been waiting for.

Kevin said something he already knew, looking into the little computer. Jordan said, I'll take note of that. He said something he’d already done, and then something else about somebody else they both knew they had to do something about, though nothing they would do would do anything besides provide them with indemnity.

Hours later, when all these thoughts and feelings had been erased by his pressing occupations, he got a text from her.

He remembered something of earlier, and was able to recall some of that tenderness.

“why wld i be mad? im sorry about earlier.”

He was surprised. She had other tattoos, and she talked sometimes of getting more tattoos. But she talked about it like they sometimes talked about taking a flight to Japan, which was the way people talked about winning the lottery.
He laughed. He liked that she could surprise him. She had surprised him many times before, and he’d always liked it.

She texted a picture. It was her arm against the leather armrest of a tattoer’s reclinng chair. The tattoo was in black and white, with fine lines. The tattoo was of a slender girl standing, one arm thrust up into the air. The girl was wearing a school uniform, the skirt pleats billowing. She held something like a baton with ribbons streaming down from it. The tattoo had an attractively energetic, delicate quality,  a spontaneous sketch made into flesh by a professional. Some lines ambigious  resolved themselves in Jordan’s understanding, became pigtails. He realized who it was. Sailor Moon.

They had tried to watch Sailor Moon, but he couldn’t get into it, while he felt, from what he said about it, by the episodes she saw, something like what it meant to her.

The fine lines of the tattoo, she had explained to him one time years ago, made it probable the tattoo would blur in the next few years, as her skin changed. But that was okay. It was for her. And for now, it looked good.

“Color Wednesday after this” she texted.

“It looks good!!” he texted. He tried to remember some lyrics from the Sailor Moon theme song to send, but he couldn’t.

She sat on the couch, her arm moist and clung to by cellophane, and she looked at it and thought the same things. It would blur. But that was okay. It looked good. It did. A post on Instagram, an impulse, some greetings and some pain and some money. There it was—in some way, though it would change—for her life.

Joshua Hebburn's fiction is also in X-R-A-Y, Maudlin House, and Sip Cup. He lives in Los Angeles and tweets @joshuahebburn