A Writer's Work: an Interview with JoAnna Novak 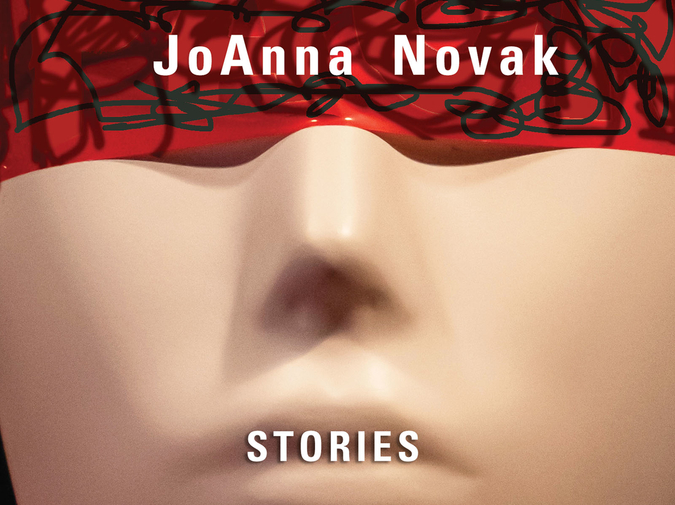 When we talk about a writer’s work, we are talking about the things she makes: poems, essays, books. It’s a mercantile word to apply to the artistic process, and yet it’s an inescapable one. Short stories are the product of labor, which—as everyone who has toiled before a blank computer screen knows—is quite a bit of work, even if the writer isn’t forced to abide by a dress code or sweat their way through a shift.

In her new short story collection, MEANINGFUL WORK, JoAnna Novak grapples not only with the many tasks with which the human body might occupy itself, but also the difficulty in creating meaning, on the page or on the work floor. Across nineteen stories, she introduces the reader to characters caught perpetually between what they are and what they might have been, attempting to make sense of their role in the world and how well they are fulfilling it. “If I were a length of time,” wonders one character whose existence seems a litany of hypotheticals, “I’d be how long? Which season? Whose theoretical achievement?”

Released this summer from Fiction Collection 2, MEANINGFUL WORK is Novak’s first fiction collection. She was kind enough to answer some of my questions about it via email.

The collection is called Meaningful Work. Characters in the various stories work as a sous chef, a caller at a call center, a professor at a Catholic college. How have the jobs you’ve had—particularly non-writing jobs—informed your writing?

In elementary school, I worked as “sorter”? I had paid altar serving gigs, holding candles at weddings and funerals. Pool snack bar attendant, babysitter, person at bagel shop, cashier at lighting store, cashier at hardware store, Coldstone Creamery scooper, college snack bar attendant, waitress, banquet kitchen hustler, pastry chef, wedding registry consultant at Macy’s—those are some of the non-writing, non-editing, non-teaching jobs. I like getting jobs and keeping jobs. They quell your anxiety about a certain basic being-a-human-in-society worry. At the same time, jobs are cages that trap you in a schedule or a role, that force your emotions into odd shapes or expressions; jobs distort time; jobs give you money, which gives you the illusion of power. Jobs have often made me feel “good” or “productive” or “seen,” and yet I had all those thoughts about the way jobs impose themselves on people and render them meaningless in a capitalist system, being servants of someone else’s wealth, which makes it especially revolting how jobs try to build camaraderie that is both fake and real. Sometimes that imposition and meaninglessness and fake-real camaraderie is pleasurable, in a self-erasing way.

Food plays such a central role in the collection. It’s always very richly described, and very specific: the Cheese Haus, peanut-butter-and-bacon sandwiches, the various flavors of Mountain Dew. What is it about food that attracts you as a writer?

I like writing about food for its specificity and ceremony (not haute cuisine-level ceremony, most of the time). Food particularizes a day, time and place. That was the summer I ate chocolate banana protein bars every day for lunch; this was a day I had cake for breakfast. And if I had cake for breakfast, the cake for breakfast would be an exciting part of the day. At the same time, food is so grounding. I like that it can be both—beautiful and boring.

One of the stories, “Cake Eater,” begins with an image of a man with a “globular stomach” standing at the end of a bar, eating cake with his bare hands. The narrator, a pregnant woman, says, “I was fascinated, horrified, and already aroused: I had never seen an adult eat cake in this manner.” It’s such a striking, surreal image. Where did the cake man come from?

I was at a week-long summer writing workshop with mostly strangers and a few people I knew, and that made me feel very alone. I could not sleep at all during this workshop. I took melatonin, drank wine, downloaded a white noise app, even got a massage—nothing worked. What happened instead was I read Leonora Carrington short stories in an extra-long twin bed, getting caught in the sheets. There were talks and readings every night, and after one of these readings there was a reception—with cake. I was surprised by how a person I’d once known fairly well ate cake. It transformed him.

There’s an intense focus on the human body in these stories. Eating disorders, scars, complex, visceral depictions of sex. There’s quite a bit of raw meat. It isn’t quite body horror but it’s adjacent, at times. What about a body-centered narrative is exciting to you?

Maybe it’s that, for most of our lives, our bodies are always right there, constant and vulnerable. You can’t avoid that.

I think I’ve been reading everything as a body-centered narrative for as long as I’ve been reading. In fairy tales, mortifications are pretty (see Snow White’s poisoned combs and ribbons) and pain is extravagant (see the Little Mermaid’s knife-like steps, once she has legs), and the body bears the scars of the character’s emotional journey. I was also drawn to illness narratives, again, at a very early age—this episode of the cartoon JEM and the Holograms, where a dancer has a horrible accident and breaks her legs and has to relearn to walk: that was high drama to me. I wanted a cast that my whole class would sign—a shortcut to love.

One of the stories involves a sustained sexual assault. It’s a very powerful story, but one that I can imagine was a tricky one to write. Did you have any qualms going into it? Like, did you think, “I have to approach it this way or it won’t work?”

I don’t remember if I had qualms. “Memo 19” is the oldest story in the book—I was writing the first draft when I started college. I don’t think I thought about how to approach the subject matter (a gang rape); I didn’t feel like I had a lot of choice in writing that story.

I’ve been thinking a lot about the gothic as a genre in the past year, and perhaps partly for that reason, I kept finding the gothic in these stories. (In some more prominently than in others, of course.) Do you see yourself working in a gothic tradition? Or any tradition?

A little gothic, an even littler bit fabulist or surrealist.

One of my writing professors told me very early on that there were formalists and stylists, and that I was a stylist. I’ve never heard anyone else make that distinction, but I have continued to think of myself as a stylist for more than fifteen years. What that gives me is permission to lead with the sentence, to push the limits of narrative to accommodate the sentence. (This sometimes feels almost like painting to me.)

In addition to short fiction, you’ve also published poetry, nonfiction, and a novel. I’m always curious about people who work in multiple genres—when you have an idea, how do you decide which form to give it? Does it ever switch genres halfway through?

Switching genres halfway through sounds like a challenge – I’m thinking of a stark, gorgeous film I saw recently, Věra Chytilová’s Something Different, which interweaves documentary footage with narrative film to tell the story of two women, a gymnast and a housewife.

But I never switch genres halfway through. When I have an idea, the form is born with it. Some of that is organic (i.e., this line must be the first line of a poem) and some of it is my own system (i.e., I’ve written a few essays in a row and if I don’t write a short story, I’ll go crazy). I’m currently on a poetry hiatus, trying to see what happens if I spend a year writing only prose.

Your language is so lush throughout, really asserting itself and lending texture to the work. You mentioned leading with the sentence: I wonder to what extent is language the engine of your fiction, compared to, say, character or plot?

It’s the stylist thing again. Often language is consciously the engine of my fiction—maybe 68% of the time. The other 32%, I’m trying to write character-driven stories or stories where a particular thing happens, only to discover that language is still running the show.

Did the pandemic change the way you thought about these stories? Or about writing generally?

During the pandemic, I’ve often asked myself, “Do you really need that?” Do you need to go to the store for cilantro? Do you really need to go into that coffee shop and pay for that risk? Almost always the answer was no. I think that mindset has made me a more ruthless editor, especially of these stories. Even though most of them had been published, I edited every page, eliminating anything that didn’t feel necessary.

What are some story collections or novels that you think more people should know about?

Black Tickets by Jayne Anne Phillips, Mrs. Bridge by Evan S. Connell, Hotel Iris by Yoko Ogawa, Two Serious Ladies by Jane Bowles, Hard Mouth by Amanda Goldblatt, Worsted by Gari Lutz, Molly Bit by Dan Bevacqua, Loosing My Espanish by H.G. Carrillo, Endless Love by Scott Spencer, State of Grace by Joy Williams, Here Is What You Do by Chris Dennis, All Souls and Florida and A Day, A Night, Another Day, Summer all by Christine Schutt.

Michael Deagler's fiction has appeared in Harper's, McSweeney's Quarterly Concern, StoryQuarterly, and elsewhere. He is currently pursuing a Ph.D. in Literature and Creative Writing at the University of Southern California.