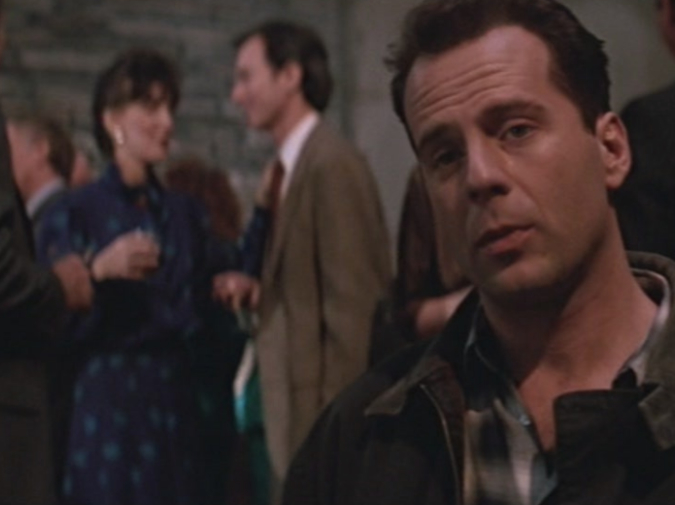 Things my father and Bruce Willis used to share: hairlines. Undulant, masculine curves that said “I will maybe never go all the way, but if I do, I will start at the front.” Always, it was this way with my father, this losing from the front.

People used to tell my father they looked alike, he and Bruce, and I suppose it was true. Not just the hairline, but that specific and shiny muscularity that requires genetics rather than gyms. Those two had the kind of muscles one gets by not thinking about them, the kind of muscles some men get for free. Tank top shoulders. Also, both had the perfect amount of hair on their forearms, the perfect lack of it on their biceps. I don’t know why this ratio is so important, but it’s worth noting because along with forearms like that comes the motor oil and cigarette smoke scent of masculinity that still lingers on the Hawaiian shirts that have been hanging in the back of my closet for sixteen years.

My father didn’t lose the hair and muscles. They just went into remission. When they came back, though, they weren’t all of themselves anymore. Not enough Bruce grew back on the outside to outwit what grew back on the inside, to say Yippee-ki-yay, motherfucker with any kind of confidence. The sequel is never as good as the original.

Megan Premo is a longshoreman who lives and works in Portland, Oregon. When she's not on the river, she's writing.