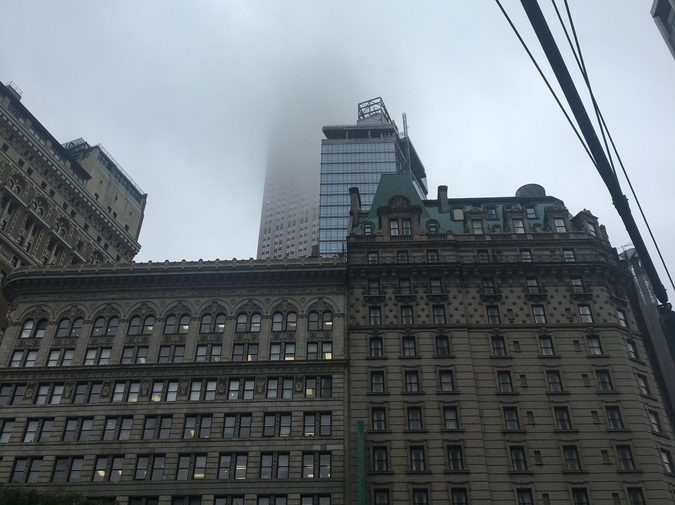 They gather in the basement to weep together like the boys they are: One in great guffaws almost like laughter; another in a silent choking smirk; one like a siren, mouth open wide, quick breaths in and long breaths out; one’s eyes are squeezed tight shut and hidden by fists; another is simply lying flat on the floor, staring up, motionless. Their grief runs through the group like a wave and even most of the non-touchers find themselves piled onto one another, unable to stand on their own terms but somehow able to resist collapse bundled up as a unit, not hugging one another so much as squeezing each other’s bodies, holding steady for structural support.

One of the men yells out at nothing in particular and some of the others yell out too or quiet down instead.

One man, a new man, walks down the basement stairs, looking confused. “I can’t find my dad,” he says. “I haven’t seen him since last night.”

The men who are able, who have been trained almost since birth, turn off their tears like water at a spigot and wipe their eyes clear. The rest turn their backs and walk away toward the walls, sort of buckle their knees and rest their heads on the brick, or slide down into a ball, or sit on a folding chair and lean forward, eyes in hands. Their stories, they think, are too precious to share. Sharing would take everything from them, they think.

“Alzheimer’s,” the man says. “The police won’t take a report and he’s not in his usual spots. He’s not stuck in any of the closets or mowing the snow or sitting in the car. So how does this work?”

One of the men is a police but doesn’t tell anyone and doesn’t hesitate and asks what the man’s father looks like and what areas he knows and doesn’t know, and if he would be on foot or if he might be with a friend, and whether he needed any sort of medications and when he had eaten last and reassured that he was in good hands and they would do what they could to find him without promising that they would ever find him, because he would never promise something like that anymore.

The men who can help, help; the rest stay in the basement. They organize themselves into groups with photocopies of a photograph of the lost father and spread out throughout the town, driving slowly and calling out, walking through parks and peeking around corners, or phoning the grocery stores and the gas stations and checking in with the hospital.

“We’re looking for a man’s father,” they say. “Have you seen him?” And they show the photograph or describe him and his condition, and the people they ask say, “No, but I’ll take your number in case I do see something.”

They do find one lost man but it is not the man’s father. “Sir,” they call out. “Sir! Are you okay?” His lips are shaking and he is walking in a circle and he drops his keys. They aren’t sure whether to run up to the lost man, concerned they might chase him away, or whether the man is about to fall and they need to catch him. The lost man’s daughter suddenly appears from behind him. “How did you get all the way over here,” she says, and the father says, “I was so scared. I am so glad to see you,” and they walk off.

And then the son of the lost father’s phone rings, and the group rushes off to one of the parks to meet up with the man who found him.

The dad is wearing pinstripe flannel pajamas, shivering, eyes wide. His body is wrapped around a thick branch as if holding onto his life. “Thank God you boys are here,” he says. “Some other boys chased me into this tree.

“We’ll get you down, Dad,” the son says, and the men gather together to gently carry him down and carry him to the sidewalk and hold him up until they are sure he can stand. He is so thin, they all think.

“Thank you,” the son says. “Thank you so much.” And the father and the son walk home together, and the rest of men walk back to the basement to carry on.

Robert John Miller's work has appeared in Necessary Fiction, MoonPark Review, X-R-A-Y, Peregrine and others. You can find more stories at robertjohnmiller.com. He lives in Chicago and is working on a novel.