A Man Protects His Home 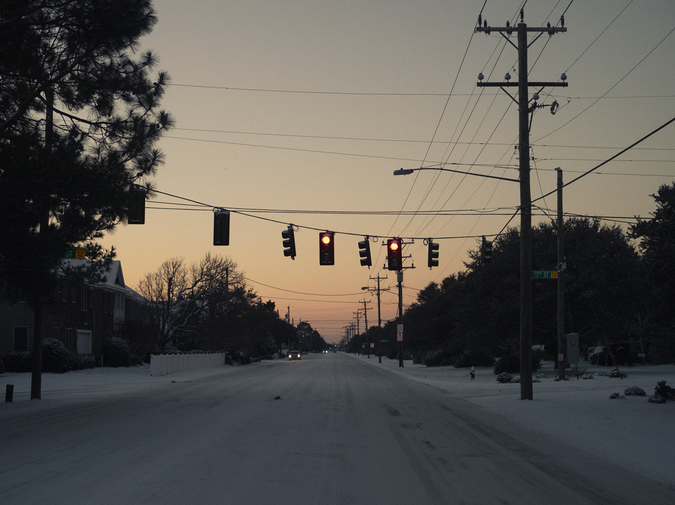 I’m in the parking lot, I’ve got Sarah’s prescription, Sarah’s my wife, and I see him.

Just walking through the damn parking lot like nothing.

He’s shaved and he’s put on a few pounds, but it’s him. Same walk, same height. Exact same ears. You can identify people just by their ears, that’s how they got the guy that shot Malcolm X. So my first thought is, Holy shit.

He’s going into WalMart. Now WalMart’s what? A busy place. A place with thousands of people, American people, sworn enemies of ISIS and bin Laden and all the rest of them, and I’m thinking, Holy shit, what’s about to go down in WalMart? So I follow him in because, hey, someone’s got to be in there who’s prepared. Do you know how many innocent customers WalMart welcomes in a year?

He goes past the greeter, the old one, she’ll tell you. She just greets him like she’s supposed to, like her job, but I see she’s kind of thinking, Hey, wait a minute here. I’m right behind him and I look at the greeter like, Yeah, you know who you just saw. But she just greets me, too. Doesn’t even go for her radio. I’m not implying she’s in on it, I’m just saying she didn’t grasp the situation.

Now where do you think Osama goes? To the toy section? Frozen goods? No, sir, he goes straight for Gardening and I’m thinking, Holy shit, fertilizer. So that’s when I texted Jim.

Jim’s a good guy. Jim’s a guy that knows what’s what. So I say, “Get your ass to WalMart now,” not giving too much away over text because if we can tap lines, so can they. And Jim texts back right away, he just lives on Canard Street.

Then I think, Holy shit, where’s Sarah? Because she wasn’t up when I left the house, but what if she’s awake, she’s got head problems, and what if she’s coming down to WalMart to get her own prescription? I don’t know, that’s just how you think in this kind of situation. But I figure, Well, no, she can’t do that because I’ve got the prescription. But then there’s a million things to buy at WalMart, so...

Anyway, I call her. There’ll be a record that I called her. She was still in bed, thank God.

I say to her, really quietly because I’m close to him, like one aisle over, I go, “Babe, don’t freak out, but Osama bin Laden’s in WalMart.”

And she’s like, “Um, nobody told me, it’s just something everyone knows.”

I go, “Nobody told you? Nobody?” Because what she’s trying not to say is who told her is Barack Obama. I say, “Obama told you that, didn’t he?”

I tell her, “Don’t be a smart alec. Obama told us that and what else did Obama tell us? Lies and more lies, right?” I go, “Where’s he buried?” She doesn’t know. I’m like, “Exactly, nobody knows.”

Then I see Obama’s starting to move – Osama, I mean – so I terminate the call.

Okay, so the situation is he’s got a can of Raid and he’s making for the front of the store. So I grab a weedwacker, stupid choice, super awkward to carry, and I follow him. I get right behind him in the checkout line. And now, now I get a really close look at him. And it’s him, man. Zero doubt. Same ears, same everything. Pull those tapes, you’ll see. And listen, he either bought that Raid with a 10 or a 20, so you should get your hands on that bill if it’s not too late.

Then he shoots out the doors pretty quick, I drop the weedwacker, and who do I see the second I step outside? Jim. So I’m like, “Okay, Jim,” brief him on the situation ASAP, then we get in his truck and we’re just idling by the entrance, watching.

So we’re in the truck and we’re watching Osama and he walks right through the parking lot, not even getting in a car, he just walks right across the street, that’s Gable Street. There was this stupid Toyota blocking us but I was just like, “Jim, we have to go now!” So you might be hearing from her, but I was seriously afraid we’d lose him. But we got to the intersection just in time to see him duck onto Hudson Street. Then we parked on Hudson. That’s where we are.

22 Hudson Street, he’s still inside. So what I want you to do is I want you to get a car over here, probably a bunch of cars, and I want you to check this shit out. Because we’ve done our part. The ball’s in your court now.

David Gerow is a Canadian currently living in Scotland. He has had his work published in The Danforth Review, performed at STERTS Theatre, Cornwall, and workshopped at the Tron Theatre, Glasgow.