A Change of Seasons 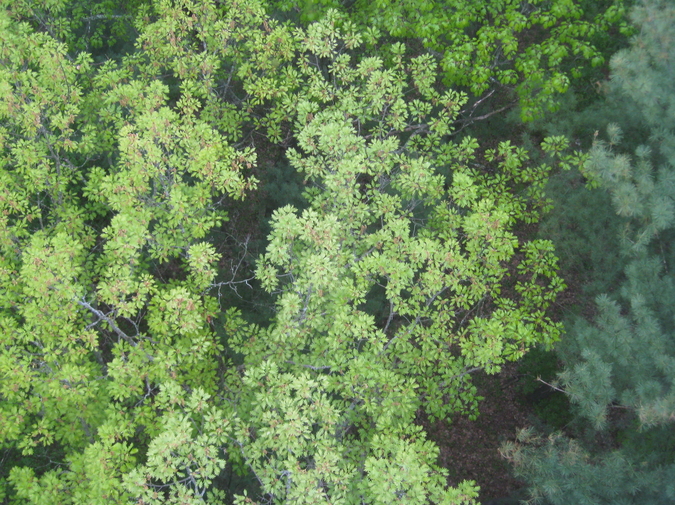 No one called it a plague at first.  We weren’t the kind of people who used words like that, words heavy with the suggestion of some greater force, but the idea was there, almost from the beginning, skittering around in the back of my head, peeking out into the light.

All spring we’d complained about the bugs, but it wasn’t until the early heat arrived and the city suffered blackouts for the first time in decades, leaving us no choice but to open our windows and even hang our heads and arms out over the sills, that we started to see how serious the problem was getting.  Speckling the ceiling weren’t just mosquitoes, but wasps, hornets, beetles, horseflies, and some I didn’t recognize with stingers as long as toothpicks.  Rushing out from under the fridge, clustering along the baseboards were cockroaches, silverfish, centipedes, earwigs, and who knows what else.

In just a matter of weeks the swarms went from a nuisance to pretty much the only thing we ever noticed.  You might’ve been walking up Broadway and you’d see light gray clouds drifting low overhead, clumping into a shivering ball, stringing out into a thin line.  Then they’d pour down over you like soft hail, clinging to your hair, catching against your eyes, trying, it often seemed, to burrow into your ears so that you were swatting your head, spitting, blind.

Bars and restaurants that had once opened their windows and doors to the evenings now kept them shut tight, draped with mosquito netting, but that didn’t stop the rooms from slowly filling up.  Each table, even in the fanciest places, came with silverware and candles and fly-swatters.

We carried our swatters with us at all times and kept extras in each room of our apartment.  By mid-August the windows were smeared opaque and in the evenings, when the swarms were heaviest, we cloistered ourselves in the bedroom, stuffing towels under the doors; then I’d point a flashlight at the ceiling until the circle of light was thick with bodies, and we’d swing hard.

Our friends all said global warming was to blame.  It hadn’t snowed in three years and all last winter it hadn’t dropped below the mid-fifties.  In the spring there were endless rains that formed puddles everywhere.  Water gathered on our co-op’s rooftop and I found the surface clotted black with mosquito eggs. We blamed the oil companies, the Republicans for their lack of environmental restrictions.  The other side had their own claims: the blame lay with the environmentalists, who’d fought against pesticides and so had allowed a resurgence of bigger, poison-resistant insects. But I’d always thought the bugs were beyond politics.  We hadn’t caused this.  It was just happening.

Swollen with bites, distracted and sleepless from the constant buzzing, we were all on edge.  My wife, the gentlest person I know, started to snap and glare at me, at her family on the phone, at the evening news, even at our baby.  Tension mounted over the course of the day so that by the evening, as I roamed the apartment with a swatter, my wife would hiss, “Back here, back here!” and I’d shout-whisper, “Just a second,” tracking a wasp as it banged against the window.  By the time I got back to the bedroom she’d have covered our daughter with a sheet to keep the bug or bugs – hornet, or clutch of mosquitoes – off and she’d say, “Fucking kill them,” and I’d go around the room, whacking and waking up our barely sleeping little girl with welts all over her face, the only part of her, despite the heat, we ever left uncovered. My wife would look at me then with what I can only describe as hate.

Anger spilled out everywhere: restaurants, delis, on the subways.  We all saw the news report of the fight on the A train during rush hour, always an unpleasant experience in the summer, but now the stations and tunnels had been infested.  Cockroaches swarmed over the trashcans, and the walls of some stations were solid, writhing masses of bugs.  What happened that morning was someone brought his spray can of Raid onto the train, and when a cluster of centipedes scurried up over the cloudy window of the door he doused them, filling the car with the heavy, burning smell of the poison.  People were wheezing, coughing, sputtering, even screaming.  Someone told the man – apparently a business man, carrying a briefcase – to cut that shit out.  What was he, crazy?  He told them to shut the fuck.  He wasn’t going to live like this.  Fuck this shit.  He turned his can of spray onto the man who’d confronted him and a tousle ensued, punches were thrown, sides were taken, and at the next station the fight spilled from the car to the platform, became, from all reports, a riot.  Passer-byes on the street above reported the sounds of screaming issuing up from the station steps, then a crowd of howling, bloodied, sweat-soaked passengers pouring up into the street, flailing at the air, at their burning eyes, seemingly at the sky itself.

The first argument I saw spill over into violence was between two fathers on the playground, both with bite-swollen faces, their two little boys similarly marked.  One of the men followed his kid around the equipment, spraying the metal and wood and plastic with what can only be called a fanatical zeal.  The other father asked him to stop.

“What stuff?”  The man held up the black and red can.

“That stuff, that poison.”

“Yes, just please stop –” But before he could finish the other man sprayed, a white gush into his open mouth.

After staggering around, screaming, the red-eyed, drooling father charged and they fell to the soft plastic mats, throwing with loose punches, making little contact.  From up on the structure their boys watched, faces pressed between the bars, spots of drool on their chins and cheeks, silverfish scurrying over their knuckles.  The rest of us looked away, as if this was to be expected, as if there really was nothing we could do.

By that October, when the swarms were so thick in the evenings that the streets were usually empty, and the few people you did see walking down Seventh Avenue all wore head-nets, their bodies covered with thick canvas clothing, people started to leave the city.  We’d all heard the rumors about the woman in our neighborhood who’d left her window open a crack and had come in one morning to find her new-born infant covered with a gray, writhing skin of mosquitoes, the infant’s mouth open in a scream that hadn’t made it out past the clot of wet bugs filling in his throat.  Some people didn’t believe this, others said they’d known the woman, that the kid had gone to their daycare/pre-school/yoga class, that the mother had been so attentive, so loving, so much like the rest of us.

People were trickling from our neighborhood to little towns along the Hudson and when several of our closest friends left, we were leaning toward going ourselves, until we saw the news coverage about the eighty-year old woman who’d gone outside with a tennis racket to try to drive the wasps off her beloved roses.  She was swarmed and in the process stung so many times that she died of shock there in the yard.  One of her neighbors said they’d seen her thrashing around with her racket and that when she’d turned toward him her face had been covered with wasps, like she was wearing a shiny black mask.  After a few days, some local men wrapped themselves in dozens of layers of clothing and thick raincoats, only their goggled eyes exposed, and went over, but the wasps attacked.  It was said that as they ran you couldn’t see anything of their bodies, just their shapes, long waves of wasps rising up when they lifted their arms. A week later, when the woman’s body had burst and her face collapsed, men in Hazmat suits came, pumping poison, to take her away.

Maybe we were better off in the city.  To his credit, the mayor did what he could. Weekly sprayings were instituted and before the trucks rolled by, wheezing heavy clouds of poison, we were all sure to have sealed up our windows with plastic, to be in the part of the house farthest from the street.  Sure, it was awful, but something, obviously, had to be done and if this extreme step would finally set us free, so be it.  After a week of sprayings the bugs seemed to have thinned.  More adventurous people ventured out onto the sidewalks, and cars rolled down the streets, crunching over the layers of fallen bodies.

But during those hopeful days we couldn’t possibly even have imagined what was coming.  Had I actually heard the hum of their approach, as it would seem later I had, or was that just the creation of my mind, suffused and tortured as we all were by the hum in the days that followed?  And had I really been at the windows when the sky went black in the east, as it did each evening, but not like this, all at once.  Did I press my face to the cloudy window and try to make sense of what I saw, a black sky alive and writhing?  The first of them clicked against the glass, then others, long, barbed legs looking for purchase, settling over the plants in the window-box, over the already dead trees, devouring everything while their collective hum turned to a scream.  I stepped back slowly, as if they might otherwise see me, see the little row of plants we kept on the red table, the dusty ficus tree.  Then thousands of them slammed into the pane, crushing each other into a green soup.

I closed the blinds, then reached through the slats and made sure the windows were locked.  I heard the screens ripping away and through the hum I thought I heard a woman screaming.

When I turned from the window my wife was in the room, holding our girl, who smiled at me. I didn’t smile back and she opened her mouth even wider, shook her little head back and forth and cooed, but with the swollen, pulsing hum of the locusts, I couldn’t hear her. My wife’s mouth was open as if she wanted to say something and I closed my eyes, because I knew I couldn’t possibly hear her through the noise, and anyway, what could any of us say?

Nathan Oates's fiction has appeared in The Antioch Review, the Alaska Quarterly Review, Witness, and numerous other magazines.  His stories have been anthologized in The Best American Mystery Stories (2008 and 2012), the 70th Anniversary Issue of The Antioch Review, and Forty Stories (Harper Perennial).  He is an assistant professor of English at Seton Hall University, and lives in Brooklyn, New York.