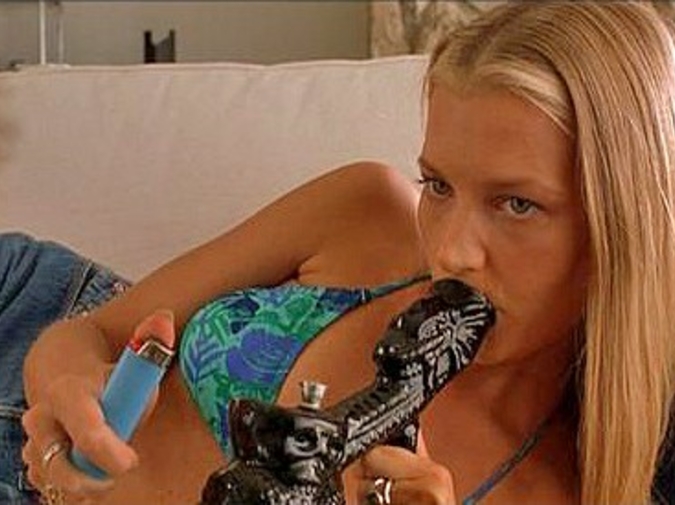 When it stopped raining we went back to our seats.
The woman in front of us was talking about a reality TV show.
The woman was speaking very loud to a man who seemed hard of hearing or interested in the game or something.
The woman used the term “slut-shaming” to refer to some aspect of the show she didn’t like but that didn’t stop her from watching.

On the drive home it was raining and my daughter’s GPS told us to go a way I didn’t want to go.
I went my way instead.
We ended up going south when we wanted to go north.
I had to keep making turns to try to go north.
Part of me thought we might be lost but the other part of me said to just keep making turns.

“I don’t know if I want to do marine biology anymore,” my daughter said.
“I think I might want to do forensic science instead.”

It was pouring and I could barely make out the car in front of me
But I didn’t pull over.
I turned on my hazards and gripped the wheel with both hands and kept going.

Nicki Minaj just said, “all my independent women make some noise.”
I didn’t know if she meant me.
I was still alone in my hotel room.
It was almost one in the morning.

I said, ‘heyyyyy’ real soft in case the person in the adjoining room was sleeping.

Then I went back to writing these poems.


I went to Target to buy the new Kid Rock CD.
The woman who rang me up was young and black.
She said, “Oh, he’s still putting out albums?”

She was smiling in a genuine way. I felt like we liked each other even though she was teasing me about Kid Rock.

I said, “Yeah, this is his new one, it just came out.”
“Didn’t he have some sort of …trouble… with Beyonce?” she said.
“Did he?” I said. My mind was blank.
“Yeah,” she said. “You can’t mess with Beyonce or Rihanna, their people will get you on Twitter.”

She was still smiling. I still felt good about us.
“Right,” I said. I was smiling too.

I seemed to remember something about Kid Rock and Beyonce but then I forgot it again.

She handed me my receipt and I started to walk away when I remembered something.

“Hey,” I said.  “I just remembered I’m wearing my Beyonce shirt.” I started unzipping my jacket to show her. She walked toward me to look. The shirt was red and long sleeved and said “all I’m really asking for is you” and under that it said “Beyonce.”

“Oh, yeah,” she said. We were still smiling even though we had nothing more to say.

I was sitting on the futon in my daughter’s dorm room. My daughter was in the bathroom. We were watching Broad City.

My daughter’s roommate came in from class.

She stood watching the TV a minute. She had a confused look on her face. She said, “Did they purposely pick the plainest women they could find for this show?”

“The women created the show and write it,” I said.


It was a three mile walk and I walked the three miles listening to one song on repeat.
It was a song I liked but I liked not having to think about what other songs to play also.
I walked in avoidance of other people, men in particular.
I crossed the street if someone was coming toward me.
I tried to go around a house to avoid a group of construction workers but when I got to the side of the house there was a fence and I couldn’t climb the fence so I had to return to the side of the house with the men who worked construction.
I wondered if they had noticed my attempt at avoiding them.
If they did, they didn’t say anything or they didn’t say anything in English so I don’t know.
Halfway home there was a tobacco store next to a liquor store.
I was out of cigarettes and there were only two places in town that carried my brand and the place I usually went was on the other side of town.
I had never gone into the tobacco store by myself.
The tobacco store was run by men and only employed men and I had only seen male customers in the store.
But I didn’t want to leave the house again once I was home.
I didn’t want to drive across town to the party store where I normally bought my cigarettes.
I told myself I would go into the tobacco store and it would be fine.
I told myself this when I was two blocks away and then when I was a block away I started to have doubts.
I couldn’t remember why strange men scared me.
I thought maybe it had something to do with my mom’s boyfriend peeing with the door open when I was in high school but I wasn’t sure.
It could have been because of him beating her also.
I removed one of the earbuds from my ear and left the other in.
The man behind the counter had a shaved head.
My mom’s boyfriend had a tattoo that said “Shirley” (the name of his ex wife) on his left arm.
My mom always made a joke that he should get “you jest” tattooed below it.
I couldn’t tell if the man at the tobacco store had any tattoos.
His shirt had long sleeves.
I saw my cigarettes over his right shoulder.
There was no one else in the store.
I fingered a stack of lighters while he got my cigarettes.
I decided he was nice and now there was one less thing I was scared of.

When I got to my house I stopped at the end of the drive to check the mailbox.
I was looking through my mail, about to walk up my drive, when I saw
Two college age boys coming down my neighbor’s drive toward me.
The boys had clipboards and were wearing similar shirts.
I had a ‘no soliciting’ sign on the house but I was standing at the end of my drive, out of view of the sign.
If I hesitated, the boys and I would be walking up my drive at the same time.
I was already bothered by the conversation we weren’t yet having.
They were getting closer and I still hadn’t made a decision what to do.
At the last second I turned and walked in the opposite direction of my house.
I walked to the end of my street and made a right and then made another right onto the street that ran parallel to mine.
I spent ten minutes circling the neighborhood in avoidance of the college age boys with clipboards.
When I finally got back to my driveway I could see them walking up the driveway of my neighbor who lived four houses down.
I went inside and downstairs to my basement and even though it wasn’t nighttime and I normally only smoked at night, I lit a cigarette,
Considering the fears I had overcome and those I hadn’t.

If I were going to name this poetry collection after a celebrity I would name it Bridget Fonda.

Elizabeth Ellen wrote this last week. She is not writing a poetry collection.