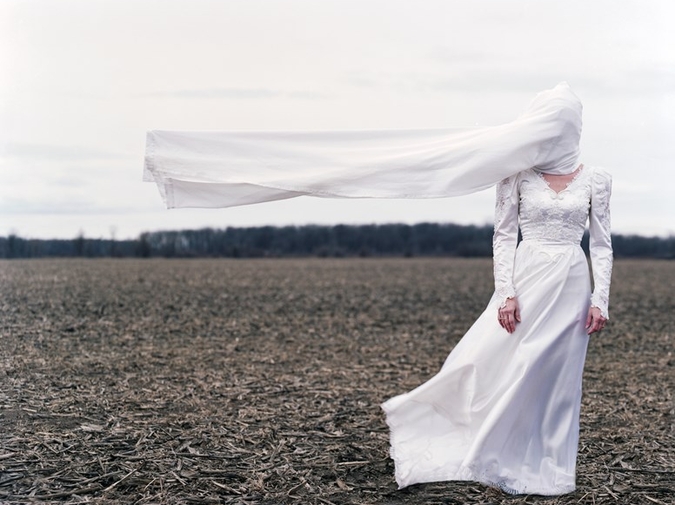 Ma shot Ell in the chest on Sunday. He got a toothache right after, pulled strings of rosary beads out of his throat. I told him to sing like a raven and he spit up pond water. I told him to bleach the mark above his rib and he laughed, kissed that painting in the main hall instead. Remember when you made it? A girl shaped like a bruise, dressed in cottonmouth. Eyes like rubbing alcohol. Dead hares spread across the plains. Last week, I had to stop Ma from burning her hair again. From burning the sheep again. From burning the barn again. All of Ell’s baby teeth are chipped. I broke Ma’s glasses, threw them in the pond out back. She said she meant to hit Ell’s thigh, to scare the rabbit bone out. I gave Ell the wrench. He wears enamel on his neck now. This winter, I’ll wear rabbit furs.

She shaved the fox in the bathtub, water lavender-thick. Instead of bleeding hands, we bathed in riverbanks. Her hair slicked back, jaw almost unhinged. Instead of nose bleeds, we burned our palms. I skinned a redtail catfish. Leanne shaved the fox with our father’s razor. A poem in which my neck in not nicked, in which I can unbraid my hair. The pot as black as the soles of our feet, her eyes the color of wet sky. The fox quiet and pale in dizzy water. Leanne, red in green forest ground, red on the hare, red on the fox, red on the sleeping doe. Our baby teeth around her neck. I could never look away. Red, as in home. Red, as in something deeper than blood. Red, as in when the wolf knocked, we were quick: her fingers on the blade while I opened the door rabbit-throat wide.

Hunger like an empty drawer. Hunger like three pennies short. A wooden chair in a flooded basement. Underwater now, smiling with bright teeth. No coughing. We’ll be finches tomorrow morning. Hunger like Ma in the bathroom, door half shut, bloody nose, powder on her fingers. I swallowed three pearls, gutted a clam. Toddlers say, pretty birdie. Hunger like a door pockmarked. A 97’ Corolla, a gas station, a parking lot, an abandoned lot, 11pm, moon creeping through the windows. Baby please, she says, stop. Hunger like peeling floorboards, like a horror movie. Boo, says the toddler, says the ghost, says the finch.

Yasmin Belkhyr is a writer in NYC. Recent work has been/will be published in PANK, Word Riot, and SOFTBLOW. She is the Founder & Editor-in-Chief of Winter Tangerine Review. Rick Ross's verse on Kanye's "Devil in a New Dress" is her main source of inspiration. Soon, she will move to South Africa and write poems about honeydew and heat.  Find her at yasminbelkhyr.com.