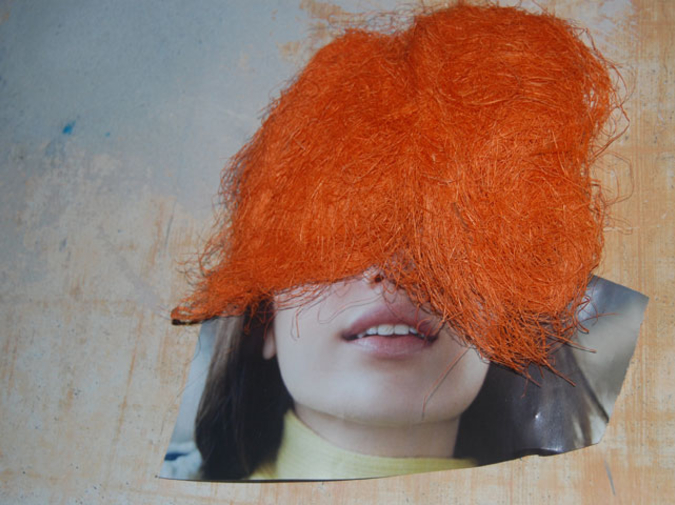 She’s quite famous, but only locally. She’s big in Venice.

At the Santa Monica farmers market they’d been famous for their artisanal basil pesto, but their new neighbors in Valencia didn’t seem to truly appreciate fresh herbs.

When he walked in the coffee shop I recognized him right away, though I couldn’t place him. Was he a client, or a familiar face from the infertility support group? I was trying to determine if I knew him well enough that I should really go up and say hello. Then he turned in profile and I realized I didn’t know him at all, he was just famous on TV, a face I saw on House.

The researcher appeared to be famous in his field, at the conference he was always flanked by female admirers, but because I worked in a different field, I found his popularity puzzling, he was not an attractive man.

I have an acquaintance who in public acts like she’s famous, takes on a regal, haughty attitude, but in private she cries a lot, her imagined potential is so far beyond the poverty of her circumstances.

He was the kind of famous person who couldn’t figure out how to profit from his fame, he refused sponsors and advertisers on principle, he thought there must be more creative, less demeaning ways to go about making a living, yet as time passed he just grew demoralized, eventually he did little but grumble against the corporations, his lack of money, the inanity of fame.

The rich dentist lived in the house next to the famous movie star. Each winter the dentist threw a holiday party and invited the movie star, who never attended, but always sent over a nicely-wrapped gift. This gift was set atop the piano, and was much talked about during the party, mostly by the dentist, who hovered around, pointing and explaining. All other gifts went under the tree.

In times of great dissatisfaction, you will occasionally find yourself dating two men.

It will not be as fun as you imagined, if it’s fun at all. When you find yourself dating two men, it will be because you do not truly have the affections of either. You may have the partial affection of one, a little less of the other. Combined, they will not equal a whole.

The two men should not consciously know of each other. Should they find out, they will not stand for it. One will hold up his hand as if to slap you but then clench it into a fist and bang the door as he stomps out. The other will nod as if it’s no big deal, he was the one who didn’t want to be exclusive. The rest of the night he’ll say passive-aggressive things about your body: it’s not like you can change your bones anyway, those push-up bras really do their job, at least you’re not technically overweight. Both men will disappear, as if by vanishing, they can pretend it never happened.

Unless you confess it outright, they will not find out. The men won’t ask. This will be due partly to hubris, and partly to efforts to maintain detachment. They’ll demand little of you and expect you to demand less in return. In this way you’ll be able to nurture along both these tendentious relationships. You’ll find it so easy, in fact, that after a while you’ll begin to suspect that the men must be aware of each other on an unconscious level.

Their laissez-faire attitudes make you believe they too have other lovers. This will rarely be the case. You’ll discover this during an especially bad week, when in a fit you’ll call each man in turn, crying, and make a series of demands: when have we ever had reservations anywhere; it’s not like you’re actually busy Wednesday nights; if you say you’ll call tomorrow, call tomorrow. The men will be oddly sweet, conciliatory. With these calls you’ll be able to track their movements. You’ll discover the men don’t do much. One wakes up late and putters around on the internet while waiting for casting calls. In the evening he goes to an AA meeting. The other wakes up early, works on his tenure track job applications at a coffee shop all day, teaches a disgruntled evening class at the community college, then reads angrily in bed before turning out his lamp at ten.

The men will welcome jealous behavior. You’ll be fluffing their fantasies of being men that require checking up on.

In this way, men are lazy.

Your friends will admire your panache. They won’t really want to be you, but will be glad to hear your stories.

You’ll never be able to break up with him. There are no satisfactory words.

When I woke, he was still sleeping with his hand pressed hard against my back. Another night, he taught me how to escape from an underground cave, told me I shouldn’t try to dig myself out, the hard rock would outlast me, instead I should just tap lightly around the edges until a wall cracked, like an egg. For breakfast the next morning I made Spanish omelets. The last time I heard his voice was through the telephone, I had called him in this dream, he hadn’t come in to work at the coffee shop where we were both employed. “It’s all hidden in the big filter,” he said. “What?” I said. His accent was thicker than I’d remembered. I thought about hanging up, I didn’t want to be considered a co-conspirator, or accessory, and I knew I couldn’t turn him in. “They’ll probably be there any minute,” he said, sounding mournful, and muffled, like he was hiding in our coat closet. “I thought I was supposed to be luckier than this,” he said. I listened to his hard breathing as the SWAT team marched in, came right up to me, wearing their helmets, and guns, and eager smiles.

Siel Ju is the author of two poetry chapbooks: Feelings Are Chemicals in Transit and Might Club. Her poems and stories appear in Denver Quarterly, ZYZZYVA, The Los Angeles Review, and other places. More of her work can be found at sielju.com.