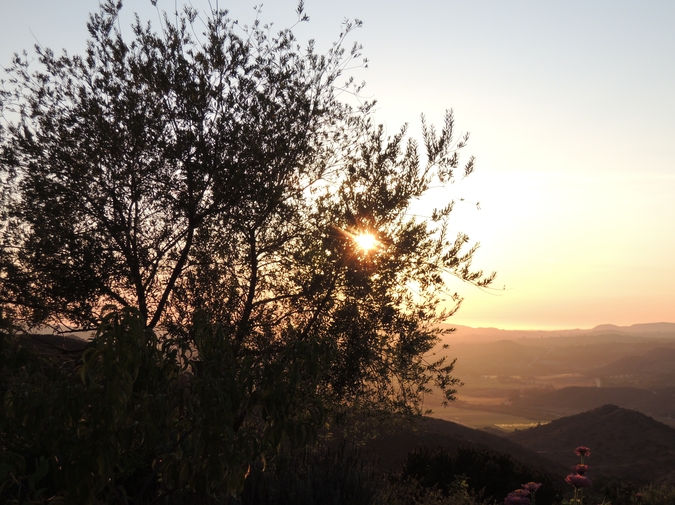 Call it anti-social. Call it an introvert’s need. Call it a mostly-managed lineage and personal history of alcohol abuse. But Slainte, I think, on the eve of an in-lawed Thanksgiving while mashing eight pounds of boiled red potatoes. I’ve poured myself a whiskey, away from the family who enjoy each other’s company on the other side of the house. I am in quiet and in contact with myself, with that net of relation hanging nearby, calling me back. Resisting it for few beats, leaning into the tug of it like a slalom-skier on the end of a rope, is a pleasure, a tension that will go slack when I go back. I think slainte and sip whiskey, smash the potatoes. Then, on a romantic impulse and because I’ve never done it, I open the back door and stand on the bank above the ceanothus that this time of year sets no trace of lilac on the wind. I say it again—it’s absurd for me to say anyway, the cultural affectation of a third generation fractional Irish—and I pour out a splash of whiskey. It penetrates crumbling soil, and the scent rises up from the dirt, and so does my grandmother, eight years gone. She taught me that saying on the eve of my first trip to Dublin, taught me to drink well and what that tasted like. These spirits do something, persist; they find what parts of her remain in the earth. There she is, and the grandfather who made her and made her read the bookie’s tote board when he went blind, and those who made him and their mothers, and some inkling of their lives, and some momentary touch of an ancestral whole, the slán. I’m feeding them, they’re hungry, and so am I. And so is my family next door, to whom I will return with potatoes and whiskey on my breath and later—much later—with less—much less—but with some trace of the same.

In the books, you know the names of all the pictures but cannot speak them, know even the three places the bug is hiding (only part of a face in profile, protruding from behind the sink), which is a fact hard to fathom, a difficult depth to plumb, visible in these azure-colored, tiger’s eye flashes of bright light playing the surfaces–a formulation like Northern Lights in which radiation interacts with particulates to produce mutable wonder and, to think of it, this isn’t the worst metaphor for your eyes (though eye metaphors are especially perilous) because, to speak non-metaphorically, they have no stable color but are what most often people call gray, silver, gray-hazel, dull blue, partly green and partly golden brown. It’s impossible to speak non-figuratively. So when I say we went outside just past sunset and looked down into the soft agricultural valley, with its shimmering surfaces of watered sod, and when we looked at the sky, which was some kind of blue, some kind of gray, some kind of gold, and I said the stars weren’t out yet, and it was close to bed time, so would you like to come see them with me another night when you were up later or the sun went to bed earlier, you knew what we were talking about. You pointed up and said, Tars, tars, tars.

Patrick Coleman earned a BA from the University of California, Irvine, and an MFA from Indiana University. His writing has appeared in ZYZZYVA, the Black Warrior Review, The Morning News, and the Utne Reader, among other places. He is Project Manager, Special Exhibitions and Publications, at the San Diego Museum of Art and lives in Ramona, California.