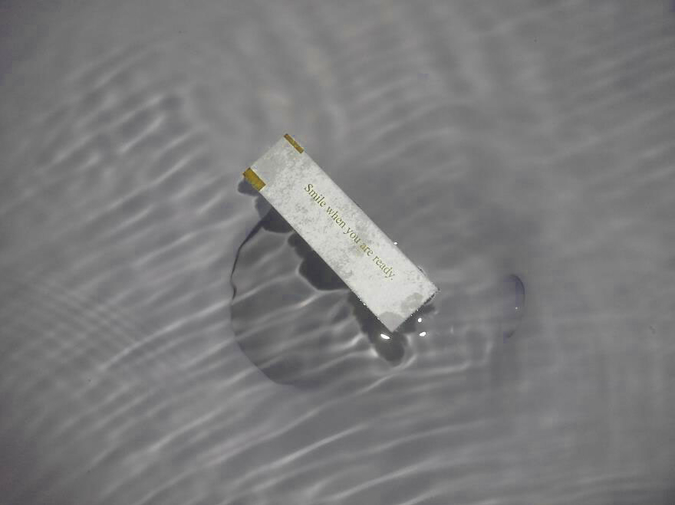 Call me sensitive but if you dealt with a toothache
that made a destroyed country out of the left side
of your face, wouldn’t you cry your ass off,
remembering that your dentist said that all you need
to do is just evict the dead
thing from your mouth but he really doesn’t know
about this continuous decay that the body endures
because in my hood, gang fights still break out,
the bullets swell the limbs until they pop something
red and in liquid form
and all it does is just stain the floors until the cleaners
come to wash it away and that could take twenty-eight
hours so, so therefore, I am sure that the dead stay
among the living far longer than they normally should
but back to the tooth
and how it always tries to die on me;  I have gone
through this before in my life: the back molar, pulsing
like a 2nd  heart in the mouth, so close to my throat
that I can almost swallow the dying bone whole
but that would be too easy,
to bury what cannot speak for itself so I let it pain me,
hoping that that is proof of it finding a way to say

Yes. I am alive, I am so alive

Beside me, you will find a miniature figure of the human body
or of the American one. If there is a difference between the two,
it must be in the disfigurement of the tongue; the crooked
way that it holds the murky air inside of the caving mouth.

The new American that I present before you, is the recreation
of the Vitruvian man with a humorous sense of decreasing the self
when the mind learns too much. We may therefore conclude that
the skull is, in fact, an echoless skull, swelling with a noiseless voice

that drags along its rounded wall and with your funding, we may contribute
this wonder to the Western World. I wish it could be more than just a body
but a shell will do for now. While designing the Model, however, much detail
is normally lost, much like the withdrawal of some true and decent past

from the page of a book. Naturally, the plaster of the figure has been slightly
whitened. It was once so dark and that could be interpreted as an erasure
of the body but here, white appears most neat on the formally demented.
This is not to say that the figure is a demented imitation of the human or American

but given how the neck bends with no revolt, into the rope that adorns it--
--let’s just assume that this unfinished Model has not seen the way the foot
twitches when the head is hoisted from the outstretched limb of a tree,
in its most hung and beautiful state. The New (African)-American,

is mostly raised through the Anglo’s vernacular, its former ancestral language
(according to history) is the secondhand smoke one is willing to swallow.
Look into it further and you may be able to see it reverse its ability to shout.
The lips purse to withhold the sounds of rebellion that it once knew and perhaps now,

you are wondering how it could, as an inanimate object, conjure such loud music
within the hollowness of itself but bend further, down into the mouth of this figure.
You’ll see the radio between its teeth, trying to reel in the antenna of a station,
telling us behind an iron curtain of static:

“The word ‘American’ is henceforth ‘Americannotdreamwithoutsupervision’”
I haven’t built in many cameras within the halls of the body to quell the riot it knows
but with your support, I am sure that we will achieve the self-monitoring American.
The American which we can trust to betray the self for the good of the country.

Nkosi Nkululeko, a Callaloo Fellow, has received nominations for the American Voices Award, Independent Best American Poetry and Pushcart Prize. Nkosi was a member of the 2014 Urban Word NYC Slam Team and 2015 Urbana-NYC Slam Team. His work is currently published or forthcoming in No Token, The New Sound, Rose Red Review and elsewhere. He resides in Harlem, New York, where he listens to Jazz. You can reach him at: musicmannkosi@gmail.com