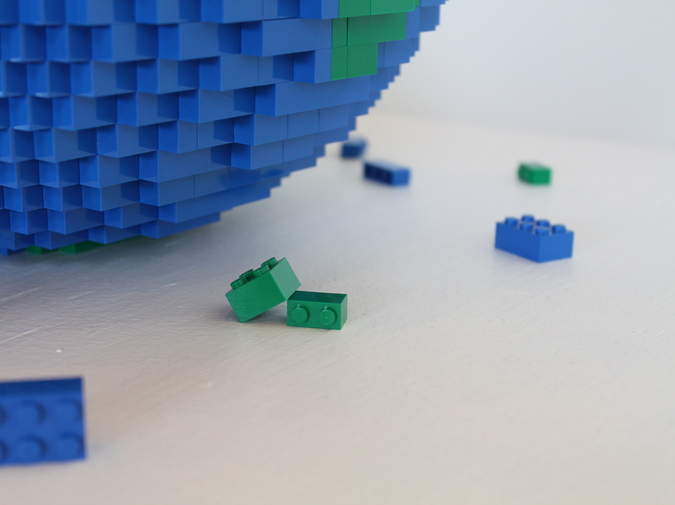 A Theory of Blue

Telling the truth can be done in an American way, without irony or self-effacement. We begin with the image of a flag, the vastness of space. Suddenly a hole in the sky opens with a flash and a spaceship rumbles into view. A view is the ability to see something or to be seen from a particular place, the visual appearance or an image of something. In my memory, space. In my memory, names. A name is a word or set of words by which a person, animal, place, or thing is known, addressed, or referred to. Reference is a relation that obtains between expressions and what speakers use expressions to talk about. In my memory, expressions. In my memory, nouns. You and I are disappearing. We are watching a TV show. Something is burning, something is observed. We use language to talk about the world. What we say in talking about the world is generally meaningful and oftentimes true. In my memory, meaning. In my memory, the world. On July 11, 2013, the Hubble telescope determined the color of planet HD 189733b to be cobalt blue. The planet’s azure color does not come from the reflection of a tropical ocean, but is due to a hazy, turbulent atmosphere thought to be laced with silicate particles, which scatter blue light. In my memory, particles. In my memory, light.

A Theory of Green

What is the grass? asks a child. Grass is vegetation consisting of typically short plants with long narrow leaves, the mainly herbaceous plant that constitutes such vegetation, which, more technically known as graminoids, has jointed stems and spikes of small, wind-pollinated flowers and includes cereals, bamboo, lawns and grassland. There are many uses for grass. Some, to name a few, include food (grain, sprouted grain, shoots or rhizomes), drink (beer, whiskey, vodka), pasture for livestock, thatch, paper, fuel, clothing, insulation, construction, sports turf, or basket weaving. In my nightmare, thatch. In my nightmare, weaving. A new kind of context, the same colored blinds. In some areas, particularly in suburban areas, the maintenance of a grass lawn is a sign of the homeowner’s responsibility to the overall appearance of their neighborhood. Many municipalities and home-owners associations have rules which require lawns to be maintained to certain specifications, sanctioning those who allows the grass to grow too long. In my nightmare, grass. A new kind of body, the same tracks, the same train. A train is not a color. A color is not a ghost. In my nightmare, color, a new kind of architecture, a new kind of dream. Earth, from space, the familiar blue marble.

Matthew Fee currently studies philosophy at the University of Utah. He is the author of Genesis (forthcoming from Gauss PDF). Recent work is published or forthcoming in journals such as Black Warrior Review, Lemon Hound, The Laurel Review, Sixth Finch, Hunger Mountain, HTML Giant, Everyday Genius, and The Cortland Review.