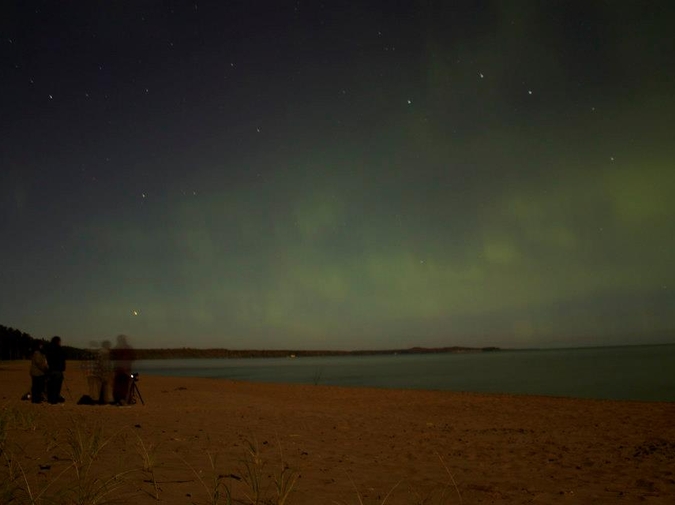 He had a broad scar that ran over the back of his kneecap. The skin was all shiny and soft, like white bread packaged in Saran Wrap.

I kissed it and I asked him how it happened. He mumbled. His face was pressed into the pillow. I think he’d been sleeping awhile.

A month or so later, who knows, I was kissing another man in that position. I looked for the shiny white scar on the back of his knee. I felt really strange when it wasn’t there, like I had willed for his body to hurt him, like my memory had punished him for being someone else.

I kissed the soft skin where there was no scar. I looked up at the peeling paint along the ceiling. I smiled at the ceiling. I said, look at that. You’re healed. He turned his head, pretending that he didn’t hear me.

Meghan Lamb lives and writes in Chicago. She edits the magazine Red Lightbulbs along with her husband, Russ Woods. Her first novel is forthcoming on Aqueous Books and her first short story collection is forthcoming from Queens Ferry Press. Her work is also featured or forthcoming in Wigleaf, TRNSFR, Pank, elimae, Nano Fiction, Spork, and other magazines.