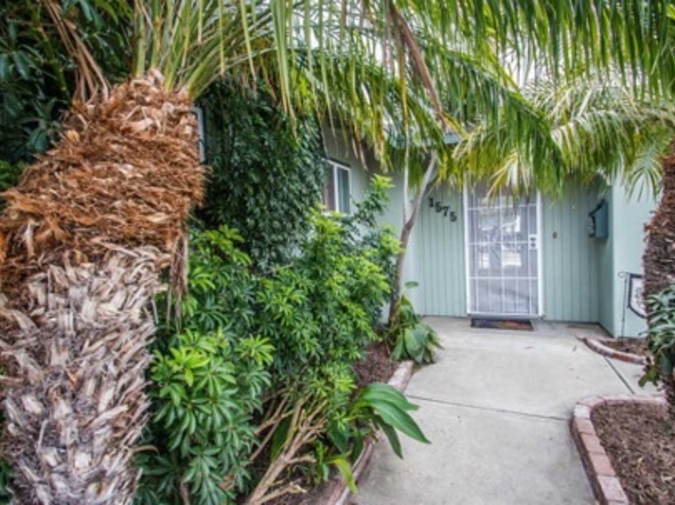 What Once Housed A Family

The house on Olean street stands as it once did, a formerly bright white house, the sidings been torn off, revealing dark greenish-black shingles. This house, the black sheep of the neighborhood.

They are late with the rent. Their hours at Home Depot may get cut, or it's winter and the construction business has slowed. Or the former lover gets caught breaking parole. In her absence, she leaves an empty room, a short $800.

The grandmother is gone. Not gone, gone. Just on the other side of town, in a home. Day after day, she sits in her room, in the library, placing puzzle pieces together to make pretty pictures, filling out word searches, flipping to the back where the answers are when she gets really stuck. Her mind isn't what is used to be. It's easier here, without a whole house to clean, away from her son and his moods. Away from his drinking in his truck and his rage when he comes inside.

Her son still siphons money from her like water from a well. Groceries here, a check to help with rent there, sometimes he simply steals thousands from her bank account, right under her nose. But she has a secret bank account, one he doesn't know about, where she tucks away a small amount every month for the granddaughter.

The granddaughter left too. She's gone to New York City, where her father used to come to supervise the construction of Carters and Osh Kosh B'Gosh stores. In Harlem, she walks by one. Did her father have anything to do with that? She takes a job. A good one. Better than any her father has ever held. She climbs the corporate ladder, blindly, numbly. She tells her boss about her grandmother, her father, his drinking, his drug habits, the way he stole money sometimes. He tells her she's so driven, she's hungry, out of the pure need for survival. She stays, and she climbs, and she misses, she dreams of her father, nightmares mostly, and she feels heartache for her grandmother, just sitting there doing puzzles and word searches.

When she returns to the town where the house on Olean street is, she drives by, hood up, just in case. She peeks at what once was. A back porch has been added on. A new woman smokes a cigarette out there, butt dangling from her finger tips. The birdbath still stands right out front. She drives by, loops around the cul-de-sac, and continues on.

On Finding My Childhood Home On Zillow

Keep the numbers on the house: 1575 Nevin Ave. Take away the built in jacuzzi deck and the patio where I sliced my head open at age two. Keep the neighbor's orange tree that overhangs into the backyard. Keep the picker nearby so the new family can pick the delightfully decadent vitamin D. Take away the white kitchen appliances and replace them with stainless steel. Keep the palm tree ceiling fans the Dad's girlfriend added when she moved in. Keep the popcorn ceiling in only one room because the Dad only bothered to remove it from my room and his. Take away the glow in the dark stars I stuck onto the new smooth ceiling as he held Me up high. Keep the worn tan carpets in the middle bedrooms and the living room. Take away the green carpet in what used to be my bedroom—probably because it smelled bad from when I peed in the corner two nights in a row in kindergarten. Replace it with tan to match the others, but not really because it's cleaner looking. Take away the dinosaur wallpaper border in the bathroom. Replace it with loud solid gold walls. Take away the stripper Girlfriend who spent too long getting ready in there. Take away her Son who took baths in the tub with Me. Replace the backyard wicker furniture where the stripper Girlfriend once combed lice out of my hair. Take away the grass in the front yard where I learned to ride the black boys' bike covered in flames the Dad bought Me. Replace it with mulch and stepping stones. Take away the bushes where the Man Who Lived in the RV hid the Dad's stolen coin collections so he could later sell them for drug money. Take away the RV and the speed boat, no one's going to Lake Casitas anymore. Take away the Man Who Lived in the RV. No need to take away the oak tree that stood out front — it fell down during a small earthquake in 2003. Replace it with two palm trees. Take away the island jungle that shadowed the front windows, blocking the outside world. Get rid of the carnations the Nana planted to make the house feel more like a home. Take away the brick wall where I once sat with a social worker who asked Me what I thought about the recent SWAT team raid. Replace the frosted bathroom window they broke, they're outdated anyways. Take away the computer I learned to type on and the 1990's office setup in the add-on room the Dad built himself and replace it with ugly hunting gear on the walls and a flat screen tv. Keep the tiled floors in the kitchen where the Nana used to dress Me on the dining room table in the mornings because she couldn't bend down too far with her bad back. Take away the dining room table and replace it with a hutch and a bar top table that don't go together, not even a little bit. Take away the brown Aztec patterned sofas and, in their place, put stiff-untouched-and-rarely-used floral ones. Parlor furniture. Take away the blank map of the United States in the dining room that the Nana used to teach Me all the states. Take away the Nana. Take away Me. Keep the dog run the Dad built. Take away the pit bull that inhabited it. No need to take away the Dad. The police already did that. Put a new family in this house and let them call it a home. Let them be naive to what happened here so long ago.

Heather Domenicis is a Manhattan based writer moonlighting at a tech startup. She is working on a memoir about her childhood. Her work can be seen in Hobart and [sub]liminal. She sometimes tweets @heatherlynnd11.