What Happens to the Heart 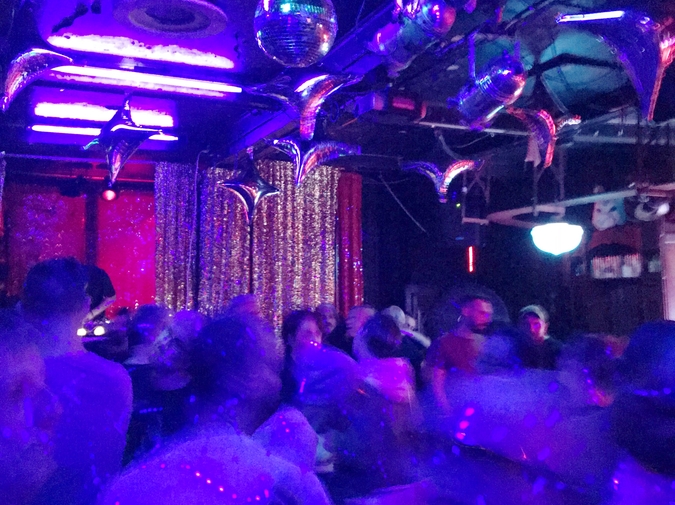 The bartender gives relationship advice in the alley behind the bar every Thursday night while the piano player does her thing on the baby grand.

It began as the occasional chat over a smoke by the potted cypress out back. He would nudge the toe of his black lace-up against the edge of one particular uneven cobblestone while listening to an unsolicited outpouring of emotion from a random co-worker or patron and give his take on the matter. Nothing fancy. One or two words usually sufficed, a grunt or shake of the head. It soon turned into a regular thing where people came out on Thursdays just to talk to the barman. It wasn’t a role he sought out or even one unfamiliar to him, as everyone knows bartenders are always good for a tete a tete.

Sometimes he thinks he should just stay in. Let ‘em all solve their own problems. But the truth is, he can’t bear to watch her play. So, after placing a tall thin glass of cranberry juice and seltzer with lime on a coaster on the piano and pouring himself a scotch with water he steps out the back door, strikes a match on the planter and lets them come. He nods, looks them in the eye, speaks a word or two and says have a good night. He doesn’t think there is any particular wisdom in his responses. It’s certainly not rocket science or even prophecy (whether true or false). But he does have a hunch about why they listen, why his presence feeds them something they can’t find in a therapist’s office or lying awake in bed at night staring into the dark. It’s to do with the unrequited longing in his throat; the way he tastes cranberry when he takes a swallow of his scotch. The way he can never, ever look the pianist in the eye because he would fall into some abyss that he could not hope to climb out of. He looks at her shoulders instead, the space between her jaw and the bottom of her ear, while she tells him about her week and what happened at work that morning and how she someday wants to go to Paris and play the swank old clubs. Do it, he wants to say, go. He wants to look her in the eyes and say the words because if he did, she’d be happy. He’s sure of it, she’d do it. She’d go and never come back. Instead, he stares at a spot across the room, breathing in the grassy sunlit scent she seems to carry in her hair. “I’ll be out back if anyone needs me. They never do while you’re playing.”

“Riveting you are, so much no one bothers buying drinks.”

“A much needed break,” he always says.

They pay him for his service. A hen or a bushel of apples, sometimes a gold piece harvested from some undersea wreck. Each seeker is a broken window needing mending. “As if,” he says, “there ever was a you.” A line from Leonard Cohen that he borrows for particularly tough cases. He gets rich off his alley trade, upgrades his wardrobe and even takes up ironing the towel he always keeps tucked in his apron string. He is the sharply dressed bartender oracle of the heart in the alley by the cypress under the moon. He is also the saddest man alive, which is exactly why they started talking to him in the first place.

“Listen to the hummingbird, don’t listen to me,” he quotes to a man whose wife has left him for religion. “You’ve been wearing this costume forever,” he recalls to a woman who is jealous of her boyfriend’s new puppy, as the piano player sets the backdrop of his consultations with her best ofs and most loveds, the sound of her music filling him with such a terrible sorrow that he can’t help but be useful to others.

Until one night when he sets her drink on the coaster knowing it is pomegranate instead of cranberry. Pomegranate, like Eve might have given Adam in the garden, he thinks. But this is not premeditated, he tells himself. It’s just the truck didn’t make the delivery and he forgot to run to the store before his shift started. The moon rises, a sliver in the sky just showing between the roofs of the brick buildings.  He is in place, smoking and thinking, waiting for the weak strains of music to drift around the cracks in the door that leads to the kitchen which he is always careful to shut tightly behind him. There is already a line, ghostly lit by distant streetlamps, of hopefuls wanting to know just what it is they should do. He lights a cigarette, blows smoke over the cypress because it likes it he’s sure of it, scuffs the toe of his shoe against the cobble, and waits for it all to commence. But it doesn’t. The music isn’t starting as usual. The people in line seem distracted. One leaves suddenly after getting a text message. Another runs after someone she sees passing out on the street. The back door of the bar opens. It’s her, holding up her drink. She sees the people leaning against the building, all lined up like pilgrims before Mecca. She raises one eyebrow.

“Pomegranate?” she asks. He nods. “What’s going on out here?” He shrugs. “What happens…”

“Yes?” he asks, waiting for her to ask him a question like the others.

“Happens to the Heart,” she says. “I was going to play it. One of Leonard’s last songs. For you. Because it reminds me of you. For some reason.” She shrugs. “Weird, I know.”

He searches for words. “I can’t…” he begins and trails off. He can’t watch her play, but he can’t say that because it’s not true. He looks her in the eye for the first time since that first day when he knew it would make him fall if he ever did it again. “I had no trouble betting on the flood, against the ark,” he says, words from the song she has just said reminds her of him. Because he doesn’t think there’s any other way to describe how it feels when your carefully constructed defenses suddenly become overrun and you watch as they are all washed away.

Drink: cranberry juice and seltzer with a wedge of lime

Malia Márquez was born in New Mexico, grew up in New England, and currently lives and writes in Los Angeles. Her short story "A House So Beautiful" was shortlisted for the Staunch Short Story Prize. Her first novel is forthcoming from Acre Books in 2021.