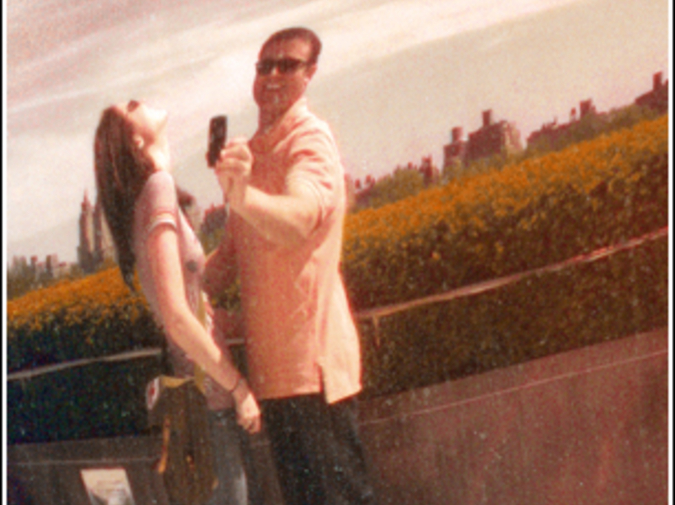 My boyfriend and I have sex and when we're finished he holds me close and whispers into my ear, I just date-raped you. What do you do now?

In the grocery store he throws an avocado at my head from 200 feet away. I duck at the last minute and he yells, That could have been a grenade.

He asks me to stop at the drugstore on the way home from work and when I'm rounding the corner near our apartment he jumps out of the darkness in a ski mask, brandishing one of our Ginsu knives. Your purse, he hisses, hand it over. A woman comes up behind me and makes a noise, a startled oh! and then runs the other way, her shoes slapping the pavement. Honey, I say, lifting up the mask. He's snarling, baring his teeth, and I pull the mask back down.

My mother says, It's a phase. All men go through phases, she says. Phases always end.

One day the little boy who lives above us finds my boyfriend at the bottom of the stairs with blood all over him. The paramedics come and haul my boyfriend to the hospital and on the way they discover the blood is fake—maybe colored corn syrup, though it smells like ketchup in places. The little boy had just learned 911 in his kindergarten class. I get a call from the hospital to come pick my boyfriend up.

He's waiting for me in the lobby. I wanted you to find me, he says, his voice cracking. I wanted to see what you would do if someone murdered me. His face crumples.

I know, I tell him, putting my hand on his back, leading him to the door. One of the paramedics approaches us on our way out and says, Yo that was fucked up, what you did. Seriously. He has a wide smear of my boyfriend's fake blood on his forearm. I pull my boyfriend out the sliding doors before he can try and explain himself.

The next morning I wake up to his hand on my shoulder. He says, Do you think I could fight off an alligator? What about a shark? Or a lion?

This makes him mad. I hear him in the shower, raking the soap across the tiles, lathering it up so that when I get in I'll slip and fall. I decide not to shower, rolling on extra deodorant and putting my hair into a ponytail.

That evening he picks me up from work. The radio is on so loud that the seat underneath me is throbbing. Over it he yells, The unexpected is everywhere. Danger is our only real home. I just want you to be prepared. Then he accelerates, offroads it, drives us into a tree. I feel my ankle and wrist snap, almost at the exact same time. My neck starts to stiffen. When I look at my boyfriend he's grinning at me, blood pouring from his mouth. My face hit the steering wheel, he says. I think I broke my nose. A sprain at the very least. I've never seen him so happy, so alive.

The paramedic from before picks us up. He swipes a finger at the blood on my boyfriend's chin and tastes it. Just wanted to be sure this asshole wasn't faking again. I love you, my boyfriend tells him. I really think we could be friends. The paramedic is enraged, spluttering Fuck off. Kiss this. Shut the hell up.

At the hospital a cop with an ink stain on his shirt asks me if I want to file charges. I say Maybe? Later a nurse comes in and wakes me up, leaning so close I can smell the Hazelnut coffee on her breath. You're preggy preg pregs, she says, rubbing my arm. Did you know that? About 8 weeks along. I wonder if it was the time my boyfriend pretended he was an HIV-positive man going around and infecting people or the time he pretended he was Jack the Ripper and I was a good-hearted prostitute.

I tell my boyfriend the news and his eyes light up. What if, he says, what if someone kidnapped the baby? For ransom, or to sell it on the black market? What if you tripped and fell and landed on your stomach?

I don't know, I tell him. He turns on the news, says, Come on, get to the terrorist stuff.

When he leaves to get coffee I imagine him spilling the coffee on himself, getting third-degree burns that fuse his fingers together. I imagine him getting stuck in the elevator, the cables breaking and the elevator plummeting him to his death, though the hospital is only three floors high. I wonder if it's possible that an air bubble got injected into his bloodstream in the crash somehow, that it will reach his heart and he'll go down, his heart exploding like a firecracker in an apple.

After a few minutes he comes back, watching the coffee in his cup, trying not to spill. The colors on his face have deepened, purple around the eyes fading out into green and yellow. A bit of blood in his nostrils, black and dried. I am so disappointed to see him unharmed that I start crying. The tears come hot and fast; I cry so hard my neck sings with pain. Hey, hey, he says, coming over and taking my hand. Hey there, I know. I know how you feel. It was fucking awesome, right? Dropping my hand, he reaches over me for the remote.

After a few minutes the nurse comes back in, tightens my sheets, checks the IV bag, says cheerfully, Yep, still alive.

Lindsay Hunter is a writer living in Chicago. She is the co-founder and co-host of the Quickies! reading series, and her work has previously been published by Nerve, MAKE, Smokelong Quarterly, Thieves Jargon, elimae, andFeatherproof Mini-Books, among others.