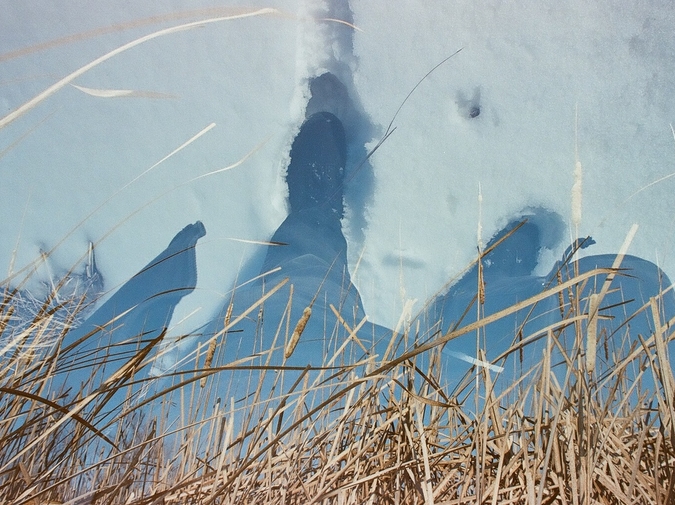 In my country, says the bulkier, pastier, frowning president, journalism students are admitted to university according to their eloquence in abbreviating my biography.

In mine, says the blinkier, girlish, sunburnt president, I get fan mail—unsolicited—with drawings of me in gallant poses. Stick ﬁgures mostly, sketched in earnest by everyday people on the backs of receipts, on sticky notes—or postcards from abroad.

Again that night the fatter president directs her aides to prop her up with a ﬁfth pillow.Again her envy has ended in reﬂux.

This, the two presidents’ ﬁrst meeting and diplomatic getaway, was arranged by a mutual friend, himself a president.

The site, a leisure camp, is nested in a lakeside vineyard on the slopes of an old-growth valley artiﬁcially stocked with 10-point stags, whose clattering combat resounds in hours of daylight or on cloudless nights.

All week both presidents restlessly await the other’s suggestion that a weeklong rendezvous become or not become annual tradition.

The two presidents wear loose-ﬁtting pantsuits and toss a frisbee at vectors perpendicular to the glaring sunrise. The long ﬂat lawn lies windless and gleaming with footprinted dew.

The pudgy president stands in place, throwing long and ﬁrmly but with wild aim.“Sorry,” she keeps calling.

But the compact, still kind of acrobatic president was a track star and runs down stray throws. Her return tosses are pinpoint, magnetic to her partner’s sternum.

“No worries,” she calls back in tones diplomatically stripped of fatigue.

The corpulent president gorges on a small beet salad; the underweight one nibbles at ﬁngerfuls of burrito ﬁlling.

“Well,” begins the burrito nibbler, sidling reﬂexively into parental airs, “we were founded on a labor class with fantasies of egalitarianism. That structure happened to facilitate market freedom, unprecedented capital, to which we are now guiltily addicted. In our guilt we try to apologize to the world. Our apology is human rights.”

“But why not just snuff out the rotten people? The anarchists and the classists and the racists?”

“Because they’re someone’s children too, I guess, with opinions, just like you or me.”

“Except wrong opinions. No?”

“If I had wrong opinions, I would want someone to silence me.”

But the dictator blushed, sensing the paradox.

The two presidents always confer in English, a neutral language native to neither, mastered by both.

Still, they learn lessons from each other. The lumbering one, for instance, didn’t know feisty comes from feist, which is late 19C dialect for small dog. She’s been pronouncing it heisty and thought it referred to the pluck necessary to conduct a heist.

As for the lightfooted one, she’ll no longer be egregiously swapping catamaran for catalyst.

It comes to the presidents’ attention, via ambitious aide, that their two predecessors instituted an embargo on tuna and a counter-embargo on ﬂeece jackets.

The two sit lifejacketed, gently rocking in a canoe, aide prostrate between them, so as to be conversed over.

“I didn’t even like my predecessor,” said the limber one.

“Mine was my uncle,” said the obese with a shrug of indifference.

They agree to lift the bans.

The obese one places a phone call. “Done,” she says. “Lifted.”

“Er,” says the other. “Mine might take a while. Senators and support and whatnot.”

The dictator sighs, dipping her head in dismissive understanding. This other president, she mutters to her aide, is perhaps not best friend material.

High on best intentions the two presidents schedule a rendezvous at the same camp, for the week following, between their respective sons.

“At their age, what were you up to?” asks the freckled president. She and the doughy president sway thigh to thigh on a northfacing porch swing, iced teas sweating in hand, pantsuits billowing in southerly winds—while their hairdos rufﬂe, too short to billow.

“Receiving a medal at my elementary school for organizing classmates to poison a teacher we suspected of ghostwriting incendiary poetry,” answers the doughy one. “You?”

The two presidents, wine-drunk, sit heads down at a table. Between them the long stems of two toppled glasses lie crossed, like ﬁngers.

But the hefty president is faking it—her bottle was mere grape juice. She lifts her head, dropping the ruse.

In bed she sits awake from pain of boredom, balancing on her ﬁngertip a plate-sized sobriety coin.

In place of the presidential medics, the camp medic conducts the two presidents’ routine bloodwork.

“Hemoglobin low,” he says to the fat president.

“And lower,” he says to the thin one.

He adds, “And might I mention that in my country it is proper to tip for medical service.

”The thin president tucks a fold of local currency into the clinic’s slotted tip jar.

The fat one hands the medic a single bill of her national currency, locked in a shatterproof glass case. The bill bears her portrait: peaceable squint, watching a nearby pack of wolves dissect a lion.

The president with boobs, colossal chaﬁng boobs, lies in her pajamas, propped in bed,captivated by a government cartoon in which she plays protagonist, a military general fromwhose mind a pernicious rat is never far. Though captivated, the president is frowning. She istired of the plot and intends to dictate that in the next issue her character at last capture the rat and move on to the interrogation phase popular in the genre.The genre of her.

The slender, boobless president opens the door a crack and clears her throat in style of a housekeeper. “Just wanted to ask if your country needs anything. Scientists? Money? Any kind of rare fruit? You good?”

The boobed president shuts her eyes and hums, itemizing realities. “We are, thanks. And you? You guys good?”

At craft hour the paunchy president is doodling with a matte gray crayon. She doodles a spoon.

The skinny, withered president is also doodling, but with a pencil.

“Is that my face?” asks the paunchy one, spying her counterpart’s choice of doodle.

“Oh,” says the withered one. “Gosh. I hadn’t seen the resemblance.”

When next the paunchy president peeks over, a half-drawn penis (erect, shape of bridge) is lurking over the eye of the penciled face, like a brow expressing surprise.

“Oh,” says the withered one. “No. This is a separate drawing. They aren’t meant to be taken as—”

But the dictator has already upended the craft table and is about to catch the withered head between the thunderclap of her hands . . .

But fast-moving bodyguards must have whisked the withered person away, because her chair is empty. The exit door is drifting shut.

The dictator teeters enormously back on her chair, dizzy from the apparent ﬂouting of physical laws.

“Am I asleep or awake?” she asks her aide.

“Wake up,” her aide is saying.

Kyle Ellingson lives in Saint Paul, MN, where he works for Garrison Keillor's Common Good Books and runs the humor website shnrnrs. His fiction has appeared in journals such as Carolina Quarterly, Sou'wester, and Chicago Quarterly Review.