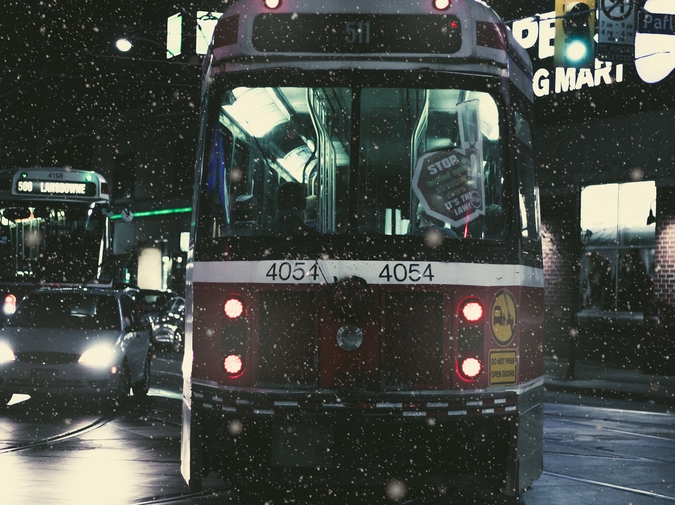 It’s 60 degrees in January so the birds have decided to just stick it out because who can afford the time-share anyway and the flowers bloom completely off-key like the conductor is drunk or something. My bogosse and I skipped town to visit friends, but instead of driving to New York we’re sitting in front of a blinking red light. He’s looking at his phone, trying to figure out a way forward— left or right? My foot is on the brake and I’m thinking of the tarot reading so-and-so’s boyfriend gave me off his phone when I turned 21 and hey, what was the name of that bar anyway? The Fool, the Star, the Queen of Swords—that was it, The Tarot Reading. Someone behind me presses his horn, mimicking in sound the blinking of the light, and okay, Gabriel, we get it, the race to the kingdom is on. I connect with nature by driving with the windows cracked—enough air for a shiver or two. The ocean throws itself at the shore again, bursting open and closed like saloon doors. The hair on my neck stretches its legs and starts to run back to the woman I wanted to kiss, but never did (the woman who wanted to kiss me, but never did) and to the man who wanted to kiss so we did (the man I wanted to kiss so we did). The Fool, the Star, the Queen of Swords—didn’t they used to live around here? After the moment that I feel most myself comes shame. We almost color outside the double-yellow lines and collide with an oncoming beetle, but we get cold antennae at the last minute. Was that a minnow swimming by the window, or the last leaf? Some type of silver bug? A robo-locust? Or this, or this, or light?

Queenie sports the ugliest faux fur
I've ever seen. We haven’t seen each other
in months, but it’s the first thing I notice.

Leopard-spotted rust
dots the light fixtures over the platform.

Here the underground unearths itself.
People light a passing train
with their glowing faces.

Some type of civil building in the distance
makes the whole borough look feudal.

Planked tracks build a kind of pier.
Concrete below: a wasted shoreline.

In its long needles
the lone soft pine carries the breeze.

I walk the platform’s edge,
receiving the wind like a song.

63 degrees in January—
you don’t have much time.

Danny Duffy has worked as a proofreader, an editorial assistant, and a writer-in-residence at an art museum. He earned his MFA in The Writing Seminars at Johns Hopkins University, where he teaches creative writing. He has received scholarships from the Community of Writers and the North Street Collective. His poetry and reviews appear in The Times Literary Supplement, Poet Lore, Pleiades, Rust and Moth, Frontier, and elsewhere. He reads for The Nashville Review.