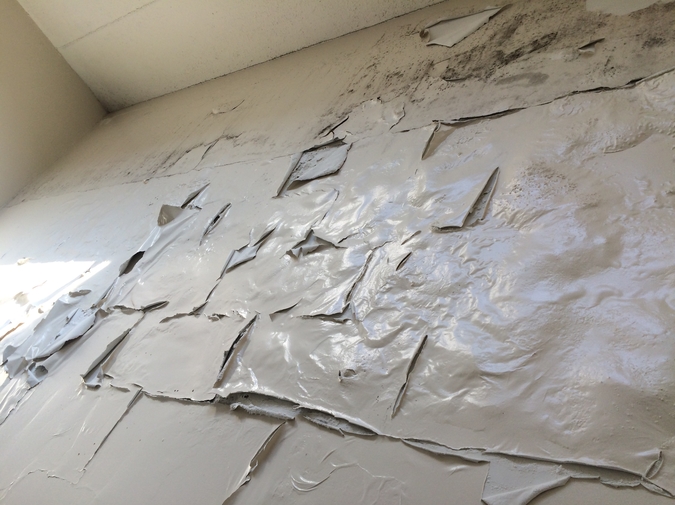 Foxhole in the Wall

I’ve seen men punch holes in walls. They lead nowhere – I’ve looked, I tried to escape. I’ve seen what happens afterward too. The hole remains there for days, maybe weeks, ignored. When there’s a threat of someone else seeing it, wondering and judging, the hole gets plastered over. It is never fully repaired to the inches of mere expanse that it was before: when it was even and strong. It is never apologized to, though sometimes a pretty landscape is framed and hung over it. It becomes more hidden, like stains under a rug. I’ve seen men punch holes in walls. I tried to escape, but a fox wandered in and asked for my help. He said he had been wandering around in these walls for years, and when the hole broke through, he broke free. He said he needed guidance, as he was a helpless animal with a wounded sense of direction; that he didn’t know anymore how the world worked outside of these walls. He was so small (and cute!). For weeks I focused all my efforts on rehabilitating him. I gave him love and blankets. I made him several thoughtful meals each day (I wanted him to be healthy!) I sang to him and laughed at his jokes. I told him he was funny and charming and handsome and cute and fun. He said he didn’t like men punching holes in my walls – neither do I, I said – but he was grateful for being set free, as that allowed him to meet me. After weeks, we ran out of food, and then I saw it: the door, not plastered over, but latched shut. Fox said, you thought there was nothing beyond that hole in the wall, but there’s an entire world there I wandered through for years. I’m surprised you never heard me knocking around. I bet there’s even more beyond that door.

your lips on lips / of bottles

with its head stuck

graffiti on the bridge

water, what bothers you?

to a surface, born

in the other room,

us, the bark on birch trees

with what’s [not] beneath.

Rachel Samanie lives in San Francisco, CA with her husband and two adorable dogs. She received her MFA in Poetry at the University of Illinois at Urbana-Champaign after obtaining her BA in English at the University of California at Berkeley. Most recently, she has had work published by The Georgetown Review, Bloodstone Review and Damselfly Press. Her poetry is inspired by all of the Language Poets, Gertrude Stein, painting, feminism, wanderlust and an aching need to capture the beauty of experience in all of its (sometimes grotesque) forms.