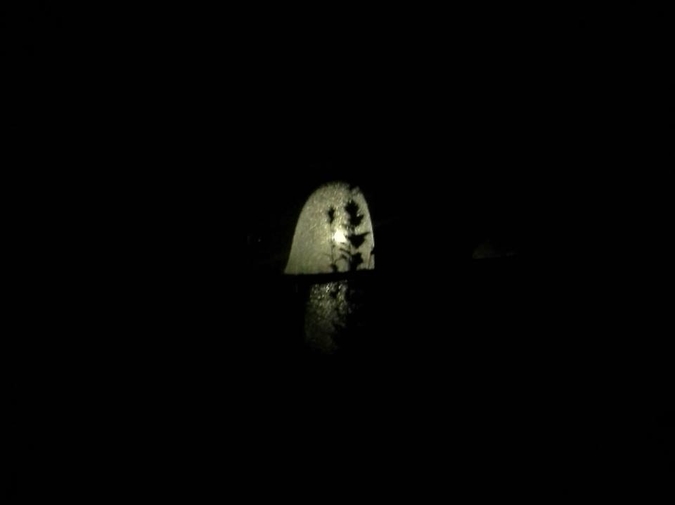 A spaceship with a future
is no spaceship at all. Yes,
we are parasites of the sun, but
refuse to say so. We never
mouth the same words twice.

Our history has been heard
a thousand times. We want to eat
each other, here in this
apartment. To eat the world,
exoskeleton and all.

We want to scramble the
elements, the silverware on the
floor, the clothes yanked from
the closets. See the spaceship on
its side, its batteries scattered

on the carpet. The sun is alive
for now. We know that every
single thing has a reason to die.
This is an excellent example of
chaos.

You nearly died before you were
born so you scoff at second
chances. You were left waist
deep in the sand where you
believed you were fixed to the
horizon. You cooked an apple
core to render the seeds
harmless. You sought out a
metaphor for birds. You
shunned a person who refused
to acknowledge the moon. You
sat in a movie theater long after
the movie was over and nobody
came for you. You visited the
tombstone of a stranger and
cried until your face hurt. You
smoked weed after drinking all
night so you could spin without
moving. You orbited a dead star
over a long weekend. You took
a cigarette from a stranger, gave
it to another stranger, and they
both thanked you.

Grant Gerald Miller was born in Memphis, Tennessee. He currently teaches creative writing at The Independent Publishing Resource Center and Portland Community College in Portland, Oregon, and is managing editor at 1001: A Literary Journal. His work has appeared or is set to appear in various journals including Hobart, Qu Magazine, Bartleby Snopes, Necessary Fiction, and Nimrod.