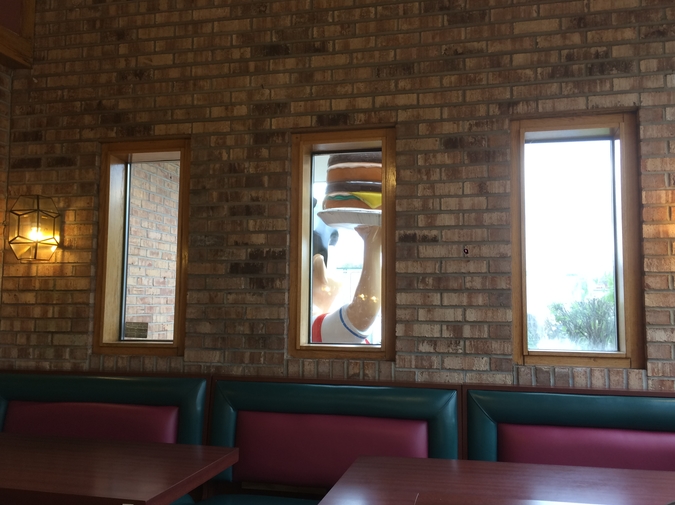 The ants march past the garage
you tattooed with a hammer.
Han Shan wrote his poems on
the walls of caves. When I read
them, I understand why my dad
never removed his heart. (He did
not want it to be eaten.) Pillows,
pigeons, stop signs. You talk
to them like your dad talked
to telephone wires. Once upon
a time you stole cigarettes and
brought them to his cardboard bed
behind the Taco Bell on 7th
until his deportation to Durango
where he froze to death. You
remind me It’s too easy to love.
Angela touches my hair. To come
faster, she pretends to be a dog.
Her earrings spin in frantic circles
while upstairs Marco sings about
his missing sock. Your public defender
still forgets your name. Your ex-wife
still knits your sweaters. (You’re
wearing the red one with the little
black hearts.) The walls are gone.
The stars are out of breath. I can see
Marco’s sweating tumbler of tequila
and the pelicans gathering around
a dying seal. Through the hole in
your Reeboks I contemplate our future.
Dandelions and bounced checks. Burned
curtains and a rope to hang ourselves
from heaven. You gave all your
power to God because what the fuck?
Also, because your daughter wants
a minivan. She says all the dads
who coach soccer have them.
It’s midnight. It’s a quarter past three.
I just discovered that blue and yellow
crayons taste exactly the same.

Vincent Poturica's writing appears or is forthcoming in New England Review, DIAGRAM, Western Humanities Review, 7x7, and other journals. He lives with his wife and daughter in Long Beach, California, but he'll soon be moving to south-central Kansas, where he'll teach at Pratt Community College.