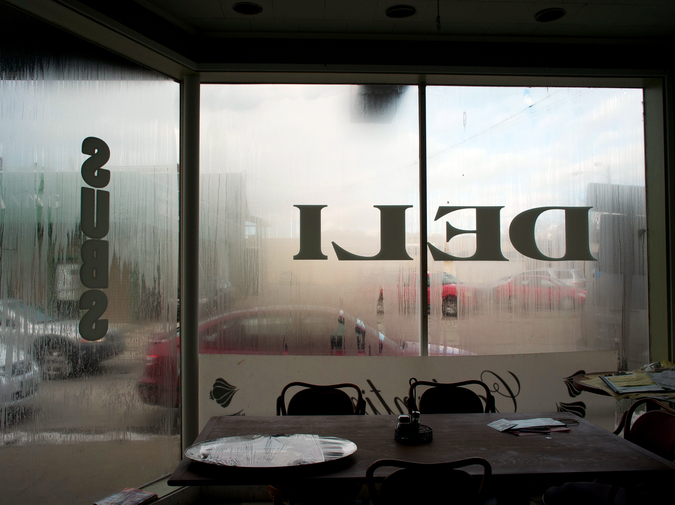 Oh, good. I’ll have some later.

What did Larry say?

He asked me if the guy had a family. He was alone. No history of hospitalization. No therapist, no scripts. Nothing. Larry said better he went in his garage than with his car off a bridge or somewhere others could get hurt. Then he walked away.

I called the local Field Monitors and they caught him as he was writing his note. He’s in a psych ward now.

Good for you. I’m glad you did that.

Thanks. Once, when I was covering for someone in Personal Bodily Harm, I Monitored this guy googling how to tie a noose. I figured it was his own business, and ended the session.

After lunch Linda called me into her office. She said Larry was concerned about my performance so she reviewed my sheets. She said I had the highest accuracy rating in the department, and not to worry about Larry. Larry’s dealing with some things.

Yeah. She said that a Monitor’s duty was to protect citizens, and I should trust my gut.

It’s gratifying to feel like I’m making a difference. Sometimes I feel like I’m one of those creeps that the university kids are always burning trash cans over. I saw a protest today when I was driving. I wanted to pull over and tell them I saved someone’s life this morning, while they were wasting their parents’ money on their cultural studies degrees. Don’t they know it’s not about politics, it’s about safety?

The concepts are inextricable for some people.

What about you? How was your day?

After I dropped Melanie off at school I ran errands. In the afternoon I worked on the storyboards for Eddie.

How do they look?

Did you get a chance to work on your book?

No. The storyboards took until it was time to pick up Melanie, who begged me to drive to three different stores so she could get the conditioner that she likes, and then I had to feed her, and then run her over to the Halversons. Sure you don’t want cake?

No, thanks. How did Eddie react when you told him you weren’t going to work for free anymore?

It didn’t come up.

I’ll tell him on Thursday.

My sister texted me. She wants us to come over and grill on Thursday.

Drizzle it with ganache.

Is that all you can say?

Do you wanna wash or dr

Sharon’s out there. Watering her dahlia again. In that housedress again. Do you think she drinks?

Why don’t you Monitor her and find out?

That would be unethical. Besides, I don’t really care. Half the neighborhood must be watching. I can’t stand how she’s always

I stopped at the bank today. What did you withdraw nine hundred dollars for?

Ben needed it to get his car

Did your brother say when he’s going to pay us back?

He said he’d pay me back next month, when his inheritance from Aunt Emi

Were you planning on telling me?

It’s been a hectic

He’s going to spend that on a pound of weed he’ll smoke himself.

So it’s okay to deal drugs as long as you turn a profit.

Better than losing money dealing drugs. You have to be a real dumb shit to

He’s going to fix his car so he can build his business.

You don’t have a franchise until you buy one. Aspiring to ownership isn’t ownership. He sits on his ass all day, and we’re never going to see that money, like the rest of the money you’ve lent him.

‘We’re’ never going to see the money? I earned that money. That’s my money, not ours. I spend fifty-five hours a week while you ogle the neighbor and pretend to work on your book.

I know you work on your book, and clean and cook, and take care of Melanie.

And you freelance. Sorry.

My brother will pay it back, I promise. I’ll tell him I’m going to requisition surveillance on him, and then he won’t even be able to smoke pot without a drone seeing.

What did she want?

She was returning our Vitamix.

Oh, yeah. She came over this afternoon to borrow it.

Did she say what she wanted to use it for?

My mind was on the storyboard. I hardly registered she was there. I wasn’t even sure we owned a blender, but she insisted we did. She’s seen it before.

When would she have seen it? Did she come in?

For a minute or two.

The test was on the Teapot Dome scandal, which I’ve never even heard of.

It sounds sinister and antiquarian.

Maybe we should give her twenty dollars or something.

She should learn hard work is rewarding in itself. That seems like a spoiled-kid type of thing to do. It makes me feel like one of those hovercraft moms.

You mean a helicopter mom.

Yeah. When Sharon came over, did she stay awhile?

Long enough to be polite.

You’d think she’d have her own Vitamix, with all of her father’s money lying around.

She said it was broken.

Maybe she made too many margaritas in it.

What’s Melaine doing at the Halversons?

Hanging out with Maria. She said she’d eat there, be back before sunrise.

She spends a lot of time over there. Ted Halverson has two Gamboge Warnings this quarter.

Jesus, Sara. Do you Monitor the whole goddamned neighborhood?

Of course not. We’re not supposed to Monitor people we know. But word gets around. It isn’t like I snoop through their files.

Melanie isn’t over there to see Ted.

One more Gamboge Warning and he’ll have his name up on the Community Mortification Site.

When Ted Halverson was seventeen, he pulled an old woman out of a burning house.

What does that have to do with anything?

What do his Gamboge Warnings have to do with anything?

Last night I dreamt there was a man who followed me around. He was fat, with blonde hair, and a navy suit that was too big for him. I began to try and get his approval by doing things better than usual, like carefully mowing the lawn, and shunning the people who made it onto the Mort Site. I walked downtown to go to the movies, because he approved of leisure but not sloth. He never spoke but he was often writing things in a reporter’s notebook, and I got the impression that he going to tell his supervisor what I’d been up to.

Are you guilty about something, Robert?

Is there something you want to tell me, Robert?

I don’t know what the hell you’re talking about.

I peeked in on you today and you were away from your computer this afternoon for over two hours. But the screen was still up, like someone surprised you and brought you away from your storyboards. You said you were working all day. What were you doing, Robert? Were you having margaritas with Sharon?

I don’t know what the hell you’re talking about! I went to the bank, went grocery shopping, and stopped for a latte! I must have left my computer on. And you’ve been Monitoring me. Monitoring your husband. That breaks every professional and matrimonial ethic I can think of.

I thought you said you ran errands in the morning and worked on your storyboard in the afternoon.

I should report you to Jerry.

Go ahead. Jerry’s got a crush on me. He won’t do anything as long as he thinks he has a chance of fucking me. Monitors often check up on their spouses. Don’t take it the wrong way.

What if you catch me doing something wrong when you’re Monitoring me? Will you tell Jerry? Is my picture and address going to go up on that big electronic Mort billboard up on Route 74 along with a description of the pornography I prefer and how much money remains to be paid on our mortgage? What happens when you catch me skyping Sharon? What if I use the 3-D printer to fabricate an assault rifle? If I check the balance on a bitcoin account you didn’t know about? Will you send the Field Monitors over to zip-cuff me and put a hood over my head?

Monitoring puts a roof over your head. Monitoring will put Melanie through Bard. You do the accounting, Robert. How much money did you bring in last year, or the year before?

What were you doing on the dark server?

I don’t know what you mean.

Why don’t you have a piece of carrot cake and calm down.

Maybe I should tell Linda. What do you think would happen to you, Robert? I think, for an offense like that, you’d disappear. There would be no knock in the middle of the night. One day you’re here and then you’re gone. No due process. No jury of your peers. Everyone would say you ran off, or were abducted. Maybe you’d get on one of those crime shows.

Even using an anonymizer is a serious crime. Now, I couldn’t see what you were doing on it, but I saw you were using it.

Why don’t you sit down, have a piece of carrot cake, and calm down.

Why don’t you sit down, have a piece of carrot cake, and calm down.

Josh Mattson lives in Minneapolis, Minnesota. He is working on a novel.