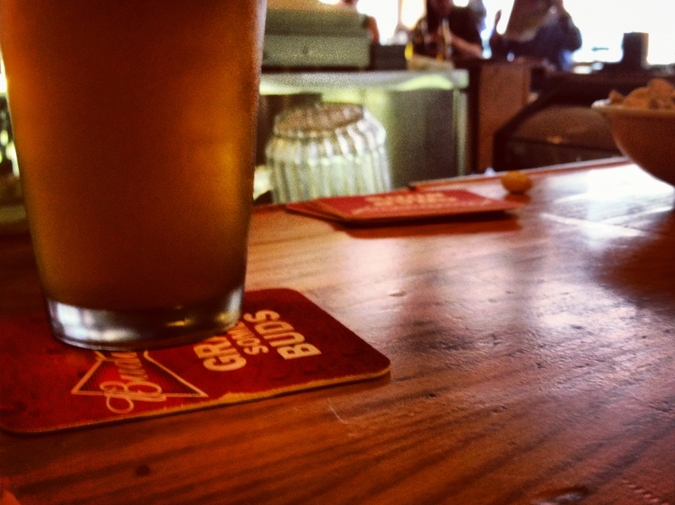 Yesterday, Barry Graham favored us with his Top 10 Cities to Get Drunk In, numbers 5-1, and last week he gave us 10-6 and a series of guest-additions. Below are a second set of guest entries from some of Barry's favorite drinker/writer/travelers.

Down the hill from the cannonball engulfed by a tree and a street over from the only hostel within the walls of the only walled city in North America outside of Mexico is the bar you go to when you go to the city you go to to feel like you've escaped North America but then need to escape the people of North America that have also attempted to escape North America. My drunken fondness for drunkenness in this city is such: you can stroll around―nay, you can be a flâneur―and drink overpriced beers and Cuban coffee and fumble over menus in a different language, but hidden away near the hostel, even hidden to hostelers, is a magical portal of escape from the escape: a bar usually playing jazz or reggae, one that is a little too cool and a little too short of effort to be hip, which sells mixed drinks by the pitcher and in which I've never spotted a tourist but that again and again treats this tourist well and is his dive bar away from home―nay, his pied-à-terre.

Here's how drinking works in Lisbon: You wander into the Bairro Alto where there is a diff bar every ten feet for about ten square blocks. You buy your drink inside and stand in the streets. The streets, by the way, are cobblestone, and the cracks are excellent for collecting cigarette butts, broken glass, and the residual gunk of human excess. What is your drink? Your drink is probably an imperial, which refers to a small beer. At first you're like, I don't want a small beer. I want a big beer. But no, you want an imperial. What is an imperial? It is not the brand Imperial. An imperial is a small beer--it is a Portuguese drinking unit of measure. First of all the small beer only costs one euro. That is about $1.25. A good price. Second of all, you drink the small beer very quickly. And then you need another. You can always extract yourself from any boring social situation to get another beer because you always need another beer. The only thing I'd advise is stacking the plastic cups so that, five hours later, you have some way of measuring exactly how many small beers you've consumed. You do not have to specify the brand when ordering an imperial because as best anyone can tell there are only two types of beer in Lisbon, Super Bock and Sagres, and they taste exactly the same. You can order a large beer. A large beer is a caneca, and a caneca is like a pint, but I recommend the imperial. At 3am the Bairro Alto closes because the pensioneers living upstairs have to sleep some time. So everyone wanders down the Bica, a twisting street, lined with bars that can provide you with an imperial for on the way, and then you're at the Cais do Sodre, which is replete with sketchy bars open until 6am all serving imperials. Or that is one way to do it. There are other ways. There are these little shops, the size of small bathrooms, with counters and taps serving a kind of cherry brandy called Ginjina. It is killer. Or stop in a store and buy a bottle of green wine for the equivalent of a few dollars and sit on a disgusting cobblestone curb. The greatest thing about drinking in Lisbon is the hills and the twisting labyrinthine streets. Made for swerving.

Drink Ginja in Lisbon. It’s touristy, sweet, and tastes like the favorite drink of your grandmother and her Bridge club, but it’s Lisbon, it’s not cherry-flavored brandy bought at the liquor store around the corner. It’s Ginja. You can buy it in the liquor store around the corner from your hotel, which is nothing like the liquor store around the corner at home, or you can buy it from old women in the streets who fill your class from a Tupperware container. This seems odd but tastes heavenly. Then there’s the weather. During summer nights you can drink under bare skies and everybody and their dog and child is out in the streets, and no matter if you drink in a group or by yourself, you don’t feel lonely. Then there’s Fado, and if you listen to it long enough and drink enough Ginja, you might buy a shirt with a strange cut and black-and-white print that you’ll never wear again but won’t throw away either. Ginja.

I like being drunk and I have favorite cities and then I have a favorite city I like to get drunk in and, hands down, it is NYC. The places you can drink at are infinity and once you are successfully drunk the city becomes a smeared sea, a blur of light and motion caged in concrete, metal and brick. Me, drunk in Manhattan is me riding a giant dragon inflatable on top of a raging, melted, acrylic paint tsunami. I am a pinball there; wild, slamming, yet contained. NYC is my favorite city to be drunk in because there, I feel bulletproof.