To the Man with the Synthesized Voice 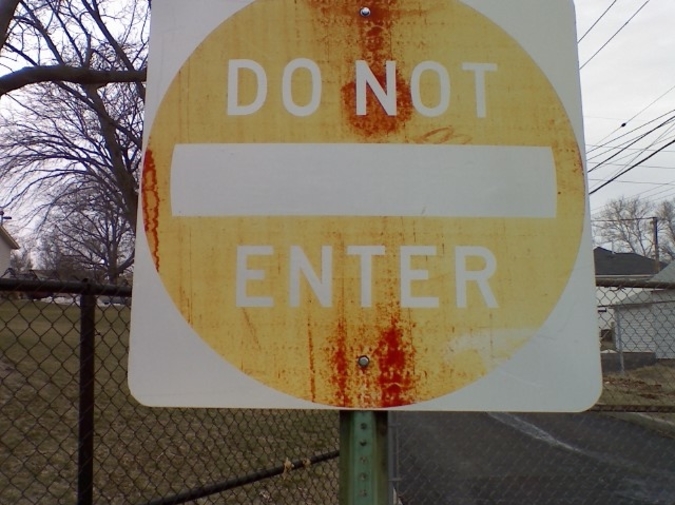 It was obvious to me that you needed to talk, and I was there to listen and record. Maybe you thought of me as a comfortable outsider, not objective but close enough, since I never said anything about how I felt. And I was young enough to be your daughter, or maybe your granddaughter even, so I couldn’t imagine I seemed too threatening myself. “Just a young girl, younger than my daughters,” I could imagine you saying, “what could she possibly know?” Or maybe that was just my insecurities—in either case, I didn’t argue with you, didn’t recite any technical information or point you to my professional degrees. I didn’t see what difference it would make—probably only distance you further—and I was happy enough to remain a sort of mystery, a mask.

You on the other hand were lucky, or rather had an island of luck in the worst of all possible seas. You could use your new voice to taunt your sister Gail as if you were children about how ugly her girlfriends were, how they fell in love with rock stars one after the next with the greasiest, most unattractive hair, licking cherry lip-glossed lips to get hold of one of those guys, as if he’d just leap off the TV screen and shout, hey baby I love you, all of you, and they’d scream with the disastrous, impossible chance of having his whole muscled body right there—a major feat, to have him leap in jean shorts off the stage willingly into their Spandex-clad arms, and so dangerously too—that rulebreaker would brave reflective glass to meet them right that minute, crash through twenty-four inches of protective screen to arrive, life-sized with apricot lips, for a something something, a right-arm-around, leg-up-and-over, for what he would call a little chat.

With great anticipation, they discuss how he’d give it up, a tiny piece of a toenail to one of them, a whole ankle to another, on a China-white dinner plate as they played at braiding each other’s hair. The blessing of his arrival hung before them, even day after day as he didn’t show, as they whined that his life and limb were on the line, or must be—they imagined he was saving orphans or dolphins or dogs, since it had to be something drastic keeping him otherwise occupied, so annoyingly far away. “Whatever,” they moaned in unison at the flickering station, cursing kite-flying boys or whoever was dragging the signal off, as the screen drowned in a patchy gray-blue. Then they forgot him momentarily, sinking between cracks in the couch’s downless cushions, their weight squashed down unevenly till they squealed with pain at hitting the rigid frame, then settled into their sodas, soccer kneepads on the armrest’s orange fringe, inventing excuses of ok, he couldn’t make it this time, or couldn’t stay long—but hey, he’ll definitely show up at the party later, and by then he’ll be in a better mood.

Or perhaps you wouldn’t remind her of these embarrassments, not now, but would rather be tender, repeating how you were once madly in love with a girl whose head looked like a baseball, round and white with scratches cut diagonally across her cheekbones like stitches of yarn, like you could put your fingers between those indentations and remember the grassy inhale you’d take before your third shot at a pitch, the ball a round prideful thing that said you were a veteran—you hardly had to hope for fans to cheer, since they were out of their seats already with a momentum that shocked you and deep-throated, salutary cries. No need to satisfy them after that—they were too far gone with amazement, so far that they could only stand up and whoop out your name in celebration, raise their arms in a great human wave that was more water than hands, more tsunami than shower, that was hard to imagine without thinking of all the praises sung out everywhere.

Rebecca Givens Rolland has fiction upcoming in Slice and poems recently in The Kenyon Review and Fourteen Hills. Her first book of poems, The Wreck of Birds, won the May Sarton New Hampshire First Book Award. Currently she lives in Boston.