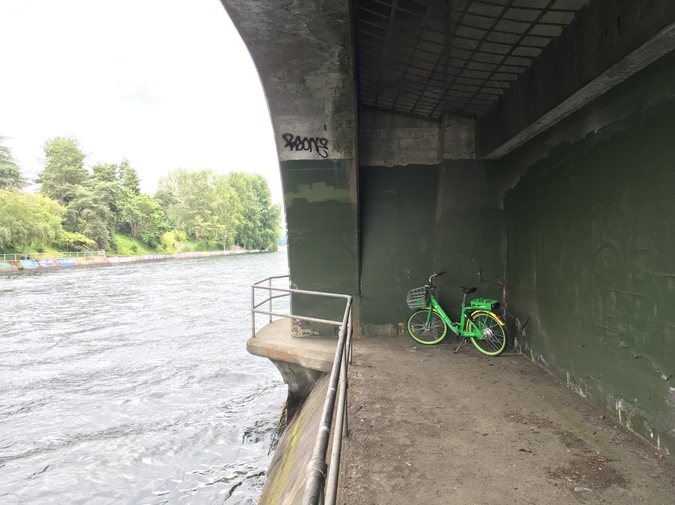 A person looks out onto the ocean. The water does not look like it is moving. Is it a real ocean? How are we to decide? There is something small and very far away. The person cannot tell what it is. It disappears. There are some birds flying low in the sky, and then the birds land somewhere. No one is telling you where to place them—in sadness or in hunger. The person hears a voice. When they turn around the light has become grey and grainy and they cannot see into the trees. The ocean has begun to move in heavy layers—we can see that it is a real ocean now. The person makes a move toward it and then back. They look as though they are dancing, a slight darkening and dilating of the pupils. Can you see the waves moving there in their eyes, the wild and relentless water? If you look at their pupils from above, the sun’s reflection makes the throat look as if it were on fire, like a hole there, a place of light and heat, a quickening of the voice.

A red smell expels from a chamber in the reef, the salt and its work of further wear. The vacuum—don’t try to fill it with this or that. A loss is never the same from one being to the next, even if the loss, on paper, is the same loss. You lost x and he lost x and therefore you understand each other. But the x in relation to you and the x in relation to them can never be the same x, as x is never alone, it is always in relation to a you, a we, the grid of all of this and that. A marrowless bone, what’s left of a feather, a wisp of plastic bag, a snippet of song, a bit of turmeric, swirl into each other softly. A whale speaks in a whale language to another whale and then here we are and they are not speaking whale at all but something else. We are speaking with them and through them and before them and they through us. What we called a whale cannot be said to be a whale at all, a whale a position in language, the riot of color and sound and smell in this ocean far beyond and saturating a position in language, a new relationship to water, a new sound of separate and together.

Kenny Kruse teaches high school in San Francisco. He was a Lambda Literary
Emerging LGBTQ Fellow and has taught with the Alabama Prison Arts +
Education Project and the University of Utah Prison Education Project.
Reach him on Twitter at @kennywriting.