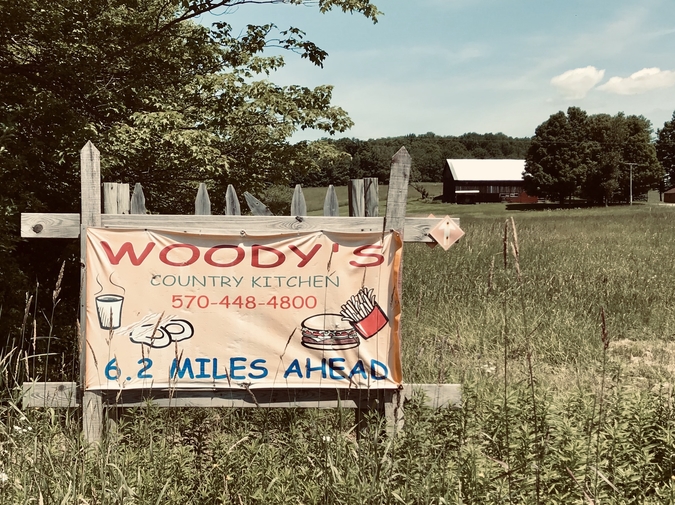 The Census Taker Asks Me to Tell Her About Myself

Well Terri, I’m afraid
of catfish—not their tunneling mouths,
but the paradoxical combination
of predator and prey in cat/fish—

I’m afraid of paradox, Terri,
of the tree who dropped its bark
and still stands there naked like a woman
with clothes piled at her feet
while honey fungus gathers
from the ground up, swallowing—

The life/death/life cycle is a dance
I want nothing to do with, Terri.
What I want is what the family has
speckled along the beach
in sinking chairs, not speaking, just
watching the waves come for them—

I want a one-way street of care,
which is what I like about talking
to you, Terri, you know how to listen.
You and me, we’re beyond the volley
of claim and counterclaim,
we’re just two people
far from the falconry of conflict

where everyone wants to be close
to other people, seen and heard by
someone, but what comes with that
is the unbearable exposure
of a magnifying mirror—

no, don’t touch me.
We’re practically hugging, isn’t this
nice? People like us, we need each other,
Terri. We’re all we’ve got.

Signs of the Times

Suddenly it’s eleven-thirty p.m. on a Tuesday
and the galactic leggings of youth,
blue hair spiked at every cardinal combination,
raise their tablets to the Milky Way—
they have received a message:
You want a sandwich, one that tastes
impossibly the same in every country.

It’s true, Subway sandwiches hold
a reliable smell, like sweaters
buried in backs of closets, or wet
dumpsters in wet alleyways, or
the vacuum running—

this is how desire works. A sign
on the road’s edge says I know
you’re unhappy and a billboard
child suggests that the new thing
is really a way back to the essential:

the simple availability of bread,
the ubiquitous sandwich, neither
great nor displeasing, the surefire
predictability of American life:
to never be hungry, to never be full.

The Octopus Eats Its Own Leg

Eyes fed on me. A wall of them
as I floated hungry through the museum,
knowing—eyes are more or less mouths,
and everything consumes. My gut growled
in agreement. No, protest—eye candy
does not nourish. American, you are always
eating, you can eat all day, the octopus eats
its own leg, still the hunger. Today, the gift

of bread. I’m older and no longer crow my legs
in black windows to prove a hip bone.
Milk rolls fell in and out of hands.
I didn’t eat them. They fall today, soft
flakes and warm. A woman’s first meal
must be innocent as an open porch
where a fox carries the chicken
high for the neighbors to witness.

This is the end of punishment. I no longer
chew the gum hard or reach into fun-house
mirrors for that shape certain of applause
from the red-lipped giants of bone. My dreams
include yes and thank you. Knees touching
at the table is more important than the red
tablespoon worn as a keychain. And whatever
I remember, my leg grows back thick as oak
in a century of sun. I dream of flying.
How my limbs pull like fins of God.

Lily Greenberg is a poet from Nashville, Tennessee and a graduate of the University of New Hampshire's MFA program. Her poetry has appeared in *storySouth*, *Third Coast Magazine*, and *Hole in the Head Review*, among others, and she is the winner of the 2021 Dick Shea Memorial Prize in Poetry, judged by Jennifer Militello. Lily lives in New Hampshire with her scobies and many, many pieces of paper. Find her on Twitter @lily_greenberg.