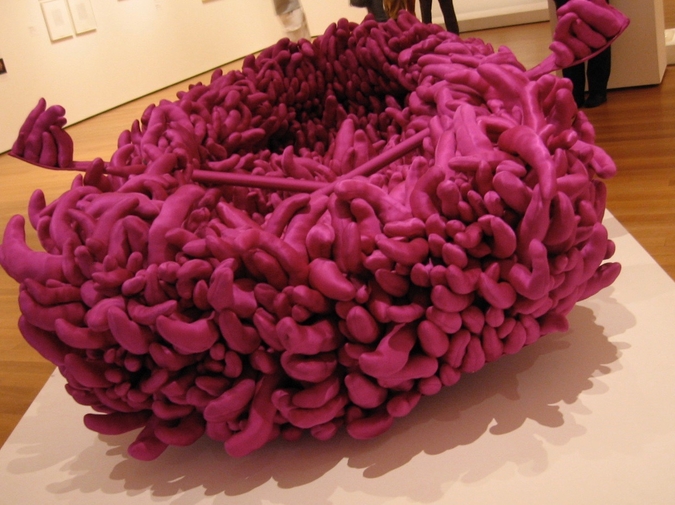 {All I Wanted Was Everything}

You say you know the reason why Archimedes died
tracing circles in the sand & how
you’ll go out this way,
a man too in love
with unifying
theorem
& consequence.
You say you’d stake your life
in trying to understand
why gravity, like me, crushes
& slips
through your hands,
when I’m a hundred percent
certain that we are two
points never to meet,
if you keep
trying to connect the small & large of you
& me.                   I could tell you why Archimedes denied
the invading hand
of a Roman solider reaching out to him,
that one last chance
to surrender
& walk behind
a new empire, as free
prisoner.               I could say why a frail
thing, like gravity, must be capable
of such cruelty.
I’m putting it out there,
for you,
the human body,
as a transitory stage
for what you & I will never see.
Just billions & billions of caterpillars
or maggots
or grubs,
thinking we are life’s final & finite
destiny— thinking it’s enough that we give
live birth & bury
our dead.              & I could say
one of our greatest was only digging
his own grave
because life taught him
nothing in the end. But my dear
friend, the science of survival is not a science
of discovery. & when we die, we go in
mystery.

{To Zero, with Strange Love}

Loving you has turned me into a given tree.
My branches are full of every war horse, hallelujah, allegory.

When I reach for you, I count my own rings of dust
& debris. Soon I’ll be a lonely stump, a last comfort

for a jilted bride, or— if I’m lucky, a resting potential
in which the last of my kind will seek rot as root.

How time lives in fear of you. My origins grow
indifferent to my deaths. & just as nebulous.

Did I ever mean anything? Say, why

{in the what of you}

are all my neurons like a plague,
swarming you, in great numbers,

Yet. Having a taste. Of creation. Gives. Way


Only the strange radiation of a string quartet

& when you’re just about done with me

& so close & not unlike that

One day, soon, there will be no more science fiction. One
day. Everything we imagine. Is real

though not. Everything is

a storm gathering
in the middle of nowhere, it
just feels like I. Can’t say

about the state of imagination.

I crisscross & wrestle my way toward overwhelmed airplane,

which is to say, I’m trying
& striving
& hugging

invisible turns
when I worry

you. The same TSA agent who’s asking yet.
Again. What I was doing in the Middle East

Cost. For understanding {what we say. Is} human.

anymore. To go off
course

with fangs of squarks

& smuons
all of which decay

too quickly
in super

- symmetry
all of which violate

​your laws of everything
that’s allowed to be

In this small airport on the border
where you claim. The only flight. Was cancelled
due. To storms. Somewhere, beyond. Control.

Somewhere, a connection I have. To make.
& I’m tired of waiting for you. To give

beloved
who waits for no one, my little, crazed & bloodless
fury      with too many sleptons {& too much

in the middle of nowhere

everything you once were

Rosebud Ben-Oni is the winner of the 2019 Alice James Award for If This Is the Age We End Discovery, forthcoming in 2021. She is a recipient of fellowships from the New York Foundation for the Arts (NYFA) and CantoMundo. Her work appears in POETRY, The American Poetry Review, POETS.org, The Poetry Review (UK), Tin House, Guernica, Black Warrior Review, Prairie Schooner, Electric Literature’s Recommended Reading, TriQuarterly, Hayden’s Ferry Review, The Journal, Hunger Mountain, The Adroit Journal, The Southeast Review, North American Review, Salamander, Poetry Northwest, among others. Her poem "Poet Wrestling with Angels in the Dark" was commissioned by the National September 11 Memorial & Museum in New York City, and published by The Kenyon Review Online. Her second collection of poems, turn around, BRXGHT XYXS, will be published by Get Fresh Books in 2019. She writes for The Kenyon Review blog. She is currently editing a special chemistry poetry portfolio for Pleiades, and is finishing a series called The Atomic Sonnets, in honor of the Periodic Table’s 150th Birthday. Find her at 7TrainLove.org