Things They Don't Tell You 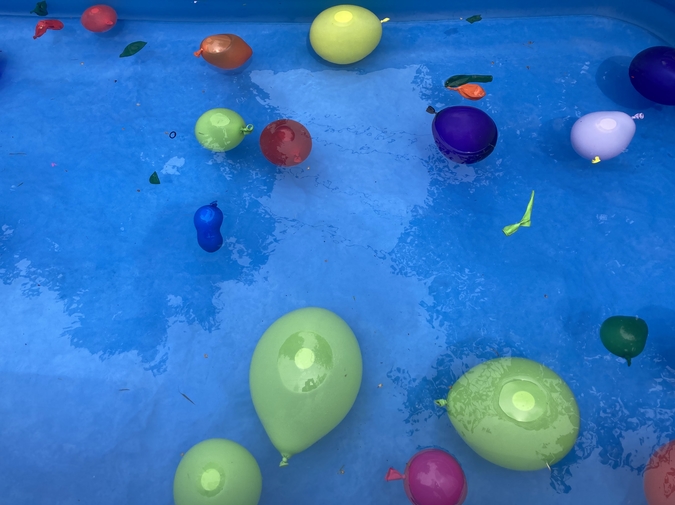 As a kid, you don’t know why ambulance sirens get higher in pitch as they head towards you. You learn that later in school. It’s called the Doppler effect, where the sound waves increase in frequency due to the velocity of the approaching object emitting sound.

As a kid, you don’t really know how swings work. You just move your legs and you get higher and higher. You find out later, regarding the swing, it’s because you are using your momentum through gravity, generating centripetal force to be exact, which creates a back and forth motion. But, for now, on that playground, your sister is swinging next to you and she laughs and yells, Higher! Higher! And you hear her take huge breaths from all the excitement and the air pressing on her as she falls forward. And the next time air rushes through her lungs like that is twelve years later, after the paramedics cut the rope she tied around her neck and you hear those deep breaths and they sound the same.

As a kid, you don’t realize why your body jolts awake when you’re rriggghttt about to fall asleep. Turns out the phenomenon is called a hypnic jerk, which occurs during physiological changes during a transition into REM. These could be attributed to misfires occurring within nerves in the reticular brainstem. Some scientists theorize that your brain may mistake the body to be dying; slowing down too quickly, which causes such a shock. You wonder if these same scientists understand what causes the reverse: what happens when the brain wants to convince itself of its imminent death despite the body being perfectly fine.

As a kid, they don’t tell you the orange chicken in that Styrofoam Chinese food container was once a huddling conscious mass of feathers staring at the only two concepts it knew: mother and corn. Through a systematic process, it is painlessly euthanized and its throat is slit, where it begins its transformation, coated with a deep-fried flour base and dressed in artificial orange sweetener.

As a kid, they don’t mention that your family fades away when you go to boarding school in Southwest Minnesota and then a state college in Minnesota where you are introduced to the dreadful question, So did you end up hooking up with her last night? And you respond, Yeah, it was a bit weird though, and your buddy takes a sip from his coffee mug and responds, Yeah... it doesn't matter, still had sex, right? Choke me baby, she had said. I have a sister, you had replied. And then she leaves because that was a weird thing to say. You don't tell him that.

As a kid, you don’t understand why so many people smoke cigarettes. Your uncle smiles with his stained brown teeth and between coughs explains that the boys in varsity baseball did it in high school and had gotten him hooked. It’s not good for you, he warns. You find out later that nicotine within a cigarette engages the adrenal glands to release epinephrine. You also find out later that despite that clawing feeling in your throat when you take drags of a Marlboro Red outside your apartment parking lot, that this is the best part of your day, if not your month. And when you go home for the summer your mother catches you and tells you that it’ll kill you one day so you shrug and tell her it’s your choice isn’t it? At least you’re creating some suspense whether you’ll end up dying or not instead of artlessly ruining the surprise early like some others tried to do.

But the truth is that you will not die. You will never die. Because the biggest thing they hid from you as a kid was the fact that you were born with a rare genetic gift preventing your cells from reaching senescence, meaning you will regenerate stem cells at a rate where most diseases will pass your body within an afternoon. And you found this out when smoking that cigarette outside in your apartment parking lot that sophomore year in Minnesota. But no one needs to know that. Why would you tell them? So you don’t tell your mother that you will one day outlive her. That you will read every single book and explore every single web page known to man.

You will learn about the socio-economic foundations of middle-class midwestern families. You will read market research comparing levels of happiness between males and females in the United States. You will revisit blueprints of countless parks, the placements of swing sets and the zoning laws required to build them. You will trace the history of nylon rope sales, the development of their popularity and regions which carry them retail. Through extensive research, you will trace every single chicken back to every single factory where they were born and bred, and exactly which highway they were shipped on. You will even understand every single interaction between neurons in people’s heads to a point where you can simulate every single thought that every single person has ever had. You will figure out what went wrong. And you will tell your sister all this when your mouth does not feel like it’s filled with hot and heavy sand.

And you can, because you will live forever to figure everything out. And no one has to know that.

Moses Z. is a senior at a public university in Michigan studying political theory and economics. In his free time, he likes to lift weights, study postmodern philosophy, and box.