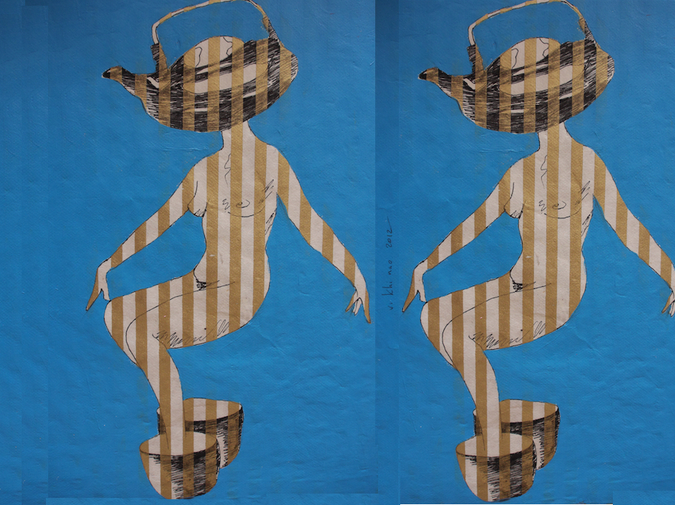 Magnolia, Ambrosio, Valance stand still as three pillars. Amongst the ruins of the Roman Empire. Cows gathering like daffodils. They have been behaving well. With their collars up. They stand like authentic marble blocks.

They learn how to build good relationships with math. To respect their neighbors’ space. Their neighbors will remark that they have been frying salmon with salt in their apartment. They will complain that the three pillars have stunk up their cardigans and their new button down blouses. Their strapless dresses. Their drawstring pants.

But Valance and Ambrosio and Magnolia are not children anymore. Despite the shift in maturity. They still behave poorly. They fry tilapia over the skillet, trap the smell inside of sweaters and blouses and socks, and refuse to eat dirt properly. Though they apparently seem to speak quite properly.

Their meeting is cumbersome.

VALANCE: Will you trap something for me?

AMBROSIO: Your choice of fish?

AMBROSIO: It won’t work. It is hardly toxic enough. (He states firmly.)

VALANCE: I don’t know what to say.

AMBROSIO: I insist. If you have an intense distaste for this neighbor, halibut will do the job. Yes, a halibut sandwich.

VALANCE: The neighbor lives on the fourth floor. (Silence.)

VALANCE: Pretend you are catering to a crowd of 25 individuals. With olfactory issues.

AMBROSIO: Twenty-five sandwiches? Do you think that is a bit much?

VALANCE: Hamlet hasn’t stopped being a nuisance ever since he moved in. First, he asks to borrow my blender. And later, he comes by around 4 in the afternoon, usually, and requests for a toilet plunger. It doesn’t ever stop. Fry some fish and see if he will move away.

Before the halibut can be tossed into a skillet, Ambrosio and Valance and Magnolia and another young man named Mr. Table arrive promptly at one of Valance’s upscale apartments. It is inevitable they must move the furniture. First, they move the sofas into the huge U-haul rental truck. They stack books into boxes. And carry down the coffee table. They take the chairs stacked inside the closet and relocate them down from the third floor. They lift the bed frames. The mattresses. And the dinning table. The enormous idiot box. The curtains. Curtains. Removed. Stored into laundry baskets. They empty all of her closets. They set a game of monopoly on the floor. Each time they move an item, they roll a dice. If they land in jail, it is break time. They often do not go to jail. They do not break. And on their way downstairs with boxes of porcelain dishes and tchotchkes, they purchase two hotels on Broadway. They purchase quite a few railroad companies. Their trains are in good business. People are paying a fee. Their move begins on Friday. But it takes them a week to move out.

By next Saturday, Ambrosio is standing at her stove—

In a dismally bare apartment. He is frying halibut. When he fries the halibut, he opens the apartment doors wide. In fact, he hauls a standing fan into the apartment to reroute and to blow the redolent halibut closer to the fourth floor. When the standing fan is dispersing down to all levels of the apartment, he breaks down the commercial fan and purchases five industrial fans that lie on the ground, low, like snipers. At Lows, he purchases 150 feet of lightweight aluminum pipe. Ten inch in diameters. He runs the pipe down to the fourth floor of the apartment. The pipe’s orifice faces the front door of the neighbor.  Pleased with his effort, Ambrosio in his green apron, begins the enormous feat. Olive oil poured in the skillet. The skillet on a low heat. He tosses the halibut slowly onto it. He watches the oil flicker and jump out of the skillet, like spitting fish. He keeps his eye on the fans as they attempt to convey the pungent smell of the virgin oil sea through the pipe.

The aluminum spatula resting on the kitchen counter catches Ambrosio’s attention. He notices a distorted version of a fat woman’s face undulating on the surface of the spatula.

A hand pounds on the open door. Ambrosio turns the oven to a lower temperature. He rubs his hands on his apron, and walks to the door entrance to see who is bright enough to disturb him.

NEIGHBOR: Hello. (The neighbor, in a white apron, stands outside of his door. His forehead is profusely diaphoretic. With one of his hands on his hip, he reaches with the other to greet Ambrosio. The two men exchange a brief, tight handshake.)

NEIGHBOR: You are looking? (The neighbor stares at his green apron and smiles in jest at the remarkable sentinel at the door.)

AMBROSIO: I am certainly not looking.

NEIGHBOR: I am. (His gaze fixed steadily on Ambrosio.)

AMBROSIO: What are you looking?

NEIGHBOR: I am looking for a spatula to lift pork out of my iron pan. Apparently, it went missing. (His empty hand lifts up to mirror the content of his speech.)

AMBROSIO: That is a hitch.

NEIGHBOR: It doesn’t appear that way.

AMBROSIO: It does. (Ambrosio is slightly tetchy.)

NEIGHBOR: Do you have a spatula?

AMBROSIO: I am frying halibut with it. I am afraid that it does suggest that I do have one.

NEIGHBOR: In that case, I am inclined towards your spatula. May I just borrow it to lift my pork? I will return it to you in a—In a blink. A blimp. A zilch. Like nothing.

AMBROSIO: I am sorry to decline you. But you may not, may not, gravitate toward my spatula. It is apparently occupied.

The neighbor dashes into the kitchen passing just by Ambrosio’s hair by ½ an inch, who stands guarding the door. Ambrosio runs after him. The neighbor spots the spatula supine on the kitchen counter. On his way out of the kitchen, the neighbor dodges past Ambrosio by ¼ of an inch. Ambrosio, the spatula aegis, fails to behave religiously and accordingly. He is a snail, trapped between a hare and an elephant.

AMBROSIO: You will contaminate my spatula! You pork! I demand it back. (Yelling at the top of his lungs)

NEIGHBOR: I promise you will have it back.

He sprints out of Valance’s apartment and disappears down the stairs.  Fear drives him back into the kitchen. He returns to the kitchen and stares at the skillet. His halibut needs to be flipped, but there is no spatula. He turns the oven off and lifts the skillet into the sink.  He turns cold water on it. Half of the exposed cheeks whiten. Whiten. Whiten. Alabaster like the thighs of nymphs. Water nymphs. He regrets that he is not a minnow.

Vi Khi Nao was born in Long Khanh, Vietnam in 1979. In 2013, she graduated with an MFA in fiction from Brown University, where she received the John Hawkes and Feldman Prizes in fiction and the Kim Ann Arstark Memorial Awards in poetry. Vi’s work includes poetry, fiction, film and cross-genre collaboration. Her stories, poems, and drawings have appeared in NOON, The Iowa Review, Black Warrior Review and elimae, among others. She is the author of two novellas, Swans in Half-Mourning (2013) and The Vanishing Point of Desire (2011).