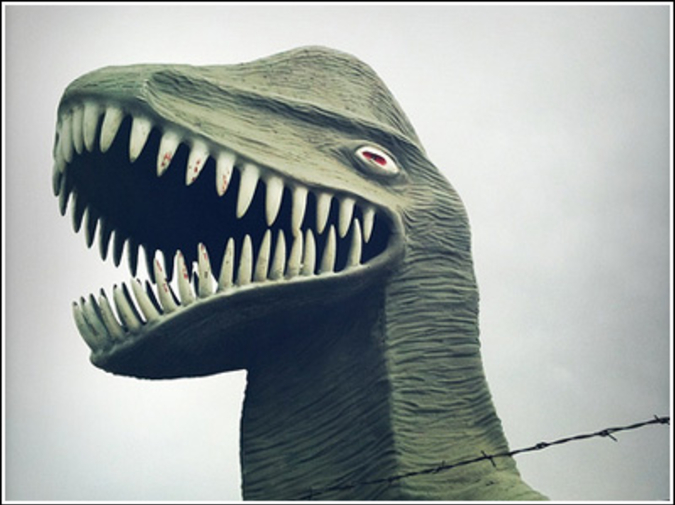 The man is older than the woman, but not by much. They're out for a stroll in the park, taking in the sunshine and fresh air. "Look at that," says the man, pointing at the mud. The man crouches down at the water's edge and reaches towards a small turtle.

"I want to see if it's alive," says the man. He pets the shell, puts the tip of his index finger under the shell's edge, near the animal's head.

"I just want it to move," he says. He pushes the shell a bit, then picks the turtle up with his hand. The turtle's feet and head dangle listlessly.

"I want to make sure it's okay. It looks sick."

A girl with a dog stops to see what's going on.

"It's playing dead," says the woman. "It wants to be left alone." The dog lifts its nose, sniffs in the direction of the man holding the turtle.

"It's not in the right mood," says the woman. "Stop pestering it."

"I'm going to put it on the rock," says the man, walking over to a large rock on the shore. He holds the turtle just over the rock, lets its feet graze the surface.

The woman gives the girl a look. "Look at him," she says. "Always sticking his nose where it doesn't belong."

"Mind your own business," the man says, taking the turtle back to the water. He holds the turtle in his right hand, moving it from side to side across the water.

"See that," he says. "It's dead. Something tried to bite its head off."

"It's not dead," she responds, defiantly. "It's pretending to be dead as protection."

Exasperated, the man drops the turtle into the pond and watches for a moment as the creature begins to sink. "Come on," he says. "Let's go get a pretzel."

"Your hands are all dirty," the woman tells him. "You better go wash them."

The man puts his hand out to hold hands with the woman, but she pulls away.

The woman stops and bends down, tying the laces of both tennis shoes; she doesn't look up to see whether he's waiting. In the distance, the turtle begins swimming away.

Matthew Lansburgh's work has been published in Slice Magazine, Words Without Borders, and The Quarterly. Visit him online at www.matthewlansburgh.com.