The Time Between Us 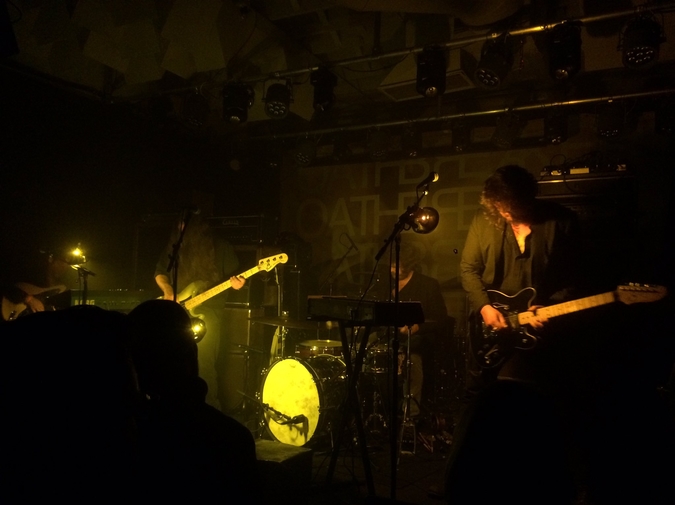 “You can turn out the lights.”

My friend Matt and I were standing in the back of the small El Club in Detroit, a long narrow space with great sound. We were near the soundboard and I turned to look at the duo standing over mixing boards, looking unsure.

“Yeah, all of them,” Jaye Jayle’s lead singer, Evan Patterson, said into his mic in a deep growl. “You can just turn them all out, we have our own.”

The houselights went off, leaving the full room lit only by a spotlight clipped somewhere near each band member.

When I teach, I talk a lot about beginnings. They’re easy to talk about because you don’t yet need the context of the rest of the piece, but also because it can be fun to figure out all the info the beginning is giving you, how it is preparing you for the whole. The first week of class this semester, we watched the opening of Looper, we listened to the first couple of minutes of the first episode of S-Town about fixing antique clocks, about “witness marks” that are “clues to what was in the clockmaker’s mind when he first created the thing.” We listened to the first couple of minutes of Wu Tang’s “Bring Da Ruckus” and talked about how it is preparing us and getting us hype, warning us even, for an album that is going to relentlessly bring the motherfuckin’ ruckus.

We were there to see Belgian metal band Oathbreaker. And I bought a Khemmis shirt, in part because theirs was one of the best, most metal, riffiest sets I’ve ever seen and in part because their shirts were the kinds of all wizards and skulls that you want in a metal shirt. But it was Jaye Jayle I found most hypnotic.

American beer and a whiskey. Brand of your choice, but nothing fancy. At bars around town here, this combo is called, variously, “The Regular,” “Beer and a Bump,” “Happy Meal,” etc. Only, drink this at home, by yourself. Lights turned out. Hell, if you’ve got a cowboy hat lurking around somewhere that you kinda like but are too self-conscious to wear around people, put that on, too. Close your eyes.

Aaron Burch is the Founding Editor of Hobart, and the author of the criticism-turned-memoir Stephen King's The Body and the story collection Backswing.