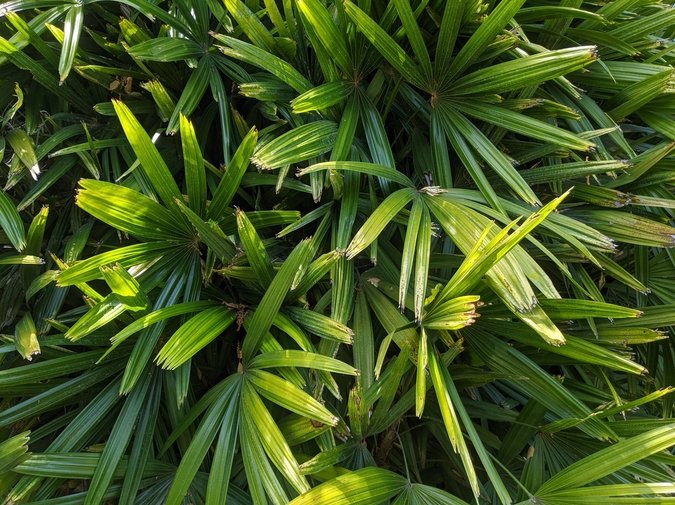 We piled into mom’s van to go to the pool. Our maid, Maria drove because Mom had been having her migraines again. I was in the back with my sister Megan and her friend, Lexie.

Lexie was pretty. Beautiful even. I stared at her legs. Sunlight betrayed blonde hair along her tanned knees. Megan was beside her, both shoulders colored-in already by early summer. I sat behind them, unhappy with myself––the pale, fat younger brother.

Megan and her friends called me ‘The Pink Ghost.’ Maria would load me up with palm-loads of thick sunscreen. No matter how much she tried rubbing it in, how hard she pressed, I would be smeared white from head-to-toe.

I didn’t like how I looked. I didn’t like the pool demanding I show more. But they all loved it, the pool. And I hated them for it, everyone except Mom and Maria.

Once through the shower rooms, we would claim lounge chairs along the chain-link fence that surrounded everything like a prison yard. Their hatched-plastic cushions got so hot you could feel them through your towel like the handle of a frying pan.

Some days a local pervert would stand outside of the fence. Curl his hands through it and take us all in. Rub the outside of his filthy jeans while he watched. But Maria would get up and chase him away. She’d clap her hands together and stomp him away like a stray dog, the bottoms of her huaraches slapping the wet cement like leather saps.

“Pinche pervertido...” she’d say on the way back to our camp, sweeping her hair away from her face, away from her wild eyes. Lexie was pretty, yeah, but Maria was the prettiest one.

Lexie and Megan oiled themselves until their backs appeared like golden mirrors. Fathers hid stares behind sunglasses. Megan had inherited Dad’s skin, while I’d gotten Mom’s blue-veined eyelids and the same patches of butterscotch freckles on my nose, cheeks and shoulders. She didn’t like that about herself, having all those freckles. And I think Mom sometimes felt bad for me having them too.

Maria made sure to prop an umbrella over me, even though there were none left and it meant stealing one from a stranger. She talked to the guy and pointed at me, explained the never ending plight of the Pink Ghost. She came back with the umbrella beneath her arms, smiling.

She tended to Mom too––she bent a large straw to Mom’s mouth so she could draw whatever she’d smuggled in that day, then scooped water from the pool into my scuba mask and set it on the cement for mom to ash into.

“Gracias, Maria. You’re a saint...you should’ve been a nurse,” Mom told her.

Maria walked to the edge of the pool, kicked off her sandals and put her legs in up to her knees. She was wearing her red swimsuit, my favorite, one that I had worn myself. I had squeezed into it one afternoon and then many after it. I would bunch both straps tight in a fist behind my back and look at myself in the long mirror that stood in the corner of her room. I tried on most of her things this way.

I’d forgotten a book and grew bored lying alone beneath the umbrella. I approached Maria, who’d tied her hair up into a large knot and was drawing loose shapes in the water with her toes, humming one of the corridos she and her friend Fernanda would listen to while they worked in our garden.

Over time, I learned some Spanish and it became our secret way to talk, Maria and I. I learned enough that she and Fernanda began to hush one another around me. Sometimes I listened to Maria talk about her husband, who had died a few years before.

His name was Hugo. They tried having kids, but a doctor said Maria never would and that maybe they should consider praying for something else. A wall collapsed on Hugo while he was helping build a diner, the one our family would go to after church. Funerals had become a swift way for them to round up illegals in groups, so Maria was too afraid to hold a service.

Maria would bring fresh flowers from our garden along to the diner those Sundays. She’d exchange them with old ones in a vase on the host stand. I never let on I knew why. She also kept Hugo’s driver’s license from Mexico in the bottom of her purse. I found it beneath her other things one day while she was showering. He was handsome in the photo and I was jealous of him, even though I knew he was dead.

“Think I’m gonna walk around in the woods for a while.”

Maria raised her shades above her eyes and squinted into the sun. Reflections from the water shimmered across her collar bone.

I followed a trail that cut through the middle of the woods. It had rained the night before and the path was thick with mud. There was a burned-out campfire where teenagers partied. In its ashes, beside a litter of blackened bottles and flattened cans, someone had left a single shoe behind.

I sat on one of the stumps they’d arranged around the fire and closed my eyes. The warm glow of solitude fell over me beneath the trees. I loved them. I loved their shade and the way their rustling chorus of leaves could drown out unwelcome sounds––lifeguards’ whistles, the blare of radio commercials, screams careening down slides.

When I opened my eyes, I noticed something large there lying on the ground beneath a half-fallen tree. It took a second before I knew what I was seeing: a deer, on its side, all of its legs out straight. Like a dog asleep.

I walked over, leaned in close and stared at its ribcage. Nothing seemed to move beneath the coarse fur. I pressed one of its eyelids back with the end of a stick and saw the eye beneath was clouded and lifeless, a polished stone. I listened with my head against its chest but didn’t hear a thing at first. I cupped my ear and moved it along its swollen, bristly side. And then I stopped.

And a stick breaking beneath someone’s foot behind me.

I stood up quick.

“What are you doing, mijo?” She’d covered herself beneath her long, white swim dress––something else I’d slipped on in front of her mirror.

“But I heard something else. I think there might be a baby inside.”

She came over and kneeled beside it. “Where do you hear this?”

I drew an imaginary circle where my ear had been. “Here.”

She pressed her hands into its side.

“It would not be there...it would be right here,” she told me, pointing. “Let us leave it now. Your mother woke up. She is very worried.”

She grabbed my wrist, pulled me to my feet and we started back to the pool.

But I stopped her. I looked back at the poor animal.

I started to cry.

Maria leaned over and peeled away a leaf that had stuck to her knee. She spun its stem back and forth between her fingers, looking at me, thinking, before letting it to the ground.

“Ok...let us find something then.”

Megan said we were quite the sight, Maria and I, when we got back to the pool. My arms were slicked with blood past both elbows. It had mixed with my sunblock into a disgusting paste. And Maria’s swim dress was soaked like a slaughterhouse apron, red as her suit beneath.

She’d used the edge of broken beer bottle to do it.

My eyes filled thick with tears as she led me. I didn’t care about the deer anymore, but felt awful for Maria. She’d done it for me and I had been wrong. Dead wrong. And I was too scared to say how sorry I was.

Everything else stood still.

Those who saw us froze like they’d met the eyes of the Medusa.

Water slides stopped, along with their passengers.

Ace of Base warbled from speakers into a single-noted drone.

Only we seemed to move, the two of us. We were inside of a photograph. As we passed, Maria kicked the foot of Mom’s chair hard and startled her awake. Then behind us, an impossible howl.

She stood us beneath a fountain the younger children would play in. After she removed her swim dress, she wrung blood from it into the drain and then began scrubbing my arms with it furiously while everyone stared.

“Don’t worry,” Maria told me into my ear while she scrubbed. “They mean nothing.”

She grabbed my shoulders, her arms out straight, and forced a smile. I know it wasn’t easy for her.

Maria hugged me. She had goosebumps, or ‘chicken skin’ as she’d say, along her side.

Once my arms were clean, Maria left me there in the fountain and walked away. She threw her swim dress into the trash and Mom followed her into the locker room.

And on the other side of the fence, near the wood’s edge beneath a tree was the pervert. He’d shown. I watched him creep up real slow and careful and reach into one of his pants pockets. He pulled out a food wrapper and spread it on the ground in front of him until a squirrel appeared. The squirrel relaxed back on its hind legs, eating, while the pervert smiled, both happy as could be.

Months later, I was watching Wayne’s World on Dad’s couch with my friend, Cory. Mom finally admitted we couldn’t afford her, and Maria had moved out. Mom got worse and worse after that, so my aunt checked her into a place to get better. Megan and I moved in with Dad. We never saw Maria again.

“Something came in the mail for ya, buck-o...your aunt found it on the porch at the other place. Looks like it might’ve gotten a little wet.”

Dad set the box on the coffee table and went outside to talk to Mom’s sister in her car.

“What is it?!” Cory was an only child and got real excited about things that weren’t his.

The box didn’t have an address on it, only my name in blurred ink.

Inside, nicely folded, was a red swimsuit. And a note.

I held it beneath the table lamp.

Cory stood behind me trying to see. “What’s it say?”

I traced the letters my with eyes, imagined Maria writing them.

“It means it looks better on you.”