The Plumber Who Found Treasure 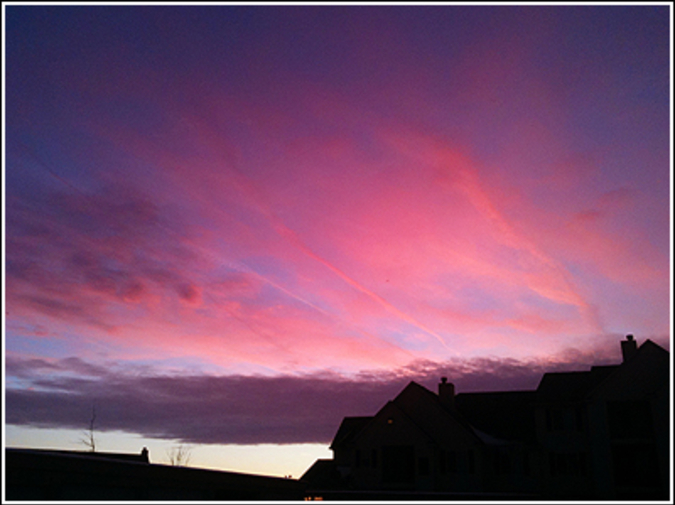 The holes in Dean's shoes let in the rain that streamed in rivers down the sleek asphalt of Ruby Lane. His feet squished miserably along the rows of dark Tudors built on spec. His pockets were empty, save for the picture of his daughter he kept stowed in a plastic baggie. He hadn't seen her in two months, since entering KPEP, where the men slept in bunks and traded cigarettes and thanked their higher powers they weren't quite in jail. Dean would've preferred jail, which was cheaper, which didn't require anger management meetings and The Life Enhancing Decision Series and those big twelve steps. Every session meant bills stacking up in his wife's mailbox printed with the numbers 4358, a number he no longer called home.

Dean trudged down Sapphire Drive, to the end of its cul-de-sac, the fields of wild pines bordered by more grand spec houses. He tucked his bearded chin into his chest, hid his eyes from the houses he'd help build last year and then left to rot in wait for home buyers who now seemed dead as dinosaurs.

When he lifted his chin, the three-story house in the middle of the cul-de-sac stared back at him, its columned porch waving him out of the rain like an open palm. Dean walked up the porch steps. He took out the baggie protecting his daughter. She was four in the picture, wore a mermaid costume with a bright red wig and smiled so hard it looked like her teeth could shatter. Under the picture, Dean fished out his last bent cigarette. He thanked his higher power for good carpentry, vinyl siding, a dry porch. His higher power, he'd decided in KPEP, was a giant, glowing mermaid who didn't smile too hard but was always nodding, nodding and swishing her golden tail. They'd tried to coax him against choosing a giant mermaid in favor of Jesus Christ or Allah or Buddha or the amorphous blankness of simply A Higher Power. He preferred his mermaid.

Dean lit his cigarette, and the spark of his lighter gleamed off the brass door knob, the lock box slung over it. The only light he'd seen since stalking the Treasure Springs subdivision. Dean punched in the old code they used when he'd worn an American Plumber T-shirt instead of the soaked and threadbare Hard Rock T-shirt he wore now. 1-2-3-4, a code he was sure they'd changed. The lock box clicked and when he opened its tiny door, a key tinkled to the floorboards. He flicked his lighter again, and the silver metal winked back at him.

Inside the grand oak door, Dean praised his golden mermaid for giving him a dry cavern of a house to sleep in with plush Berber carpets and water sparkling from faucets and not the sky and even electricity he found when he flicked the light switches. Cobwebs crowded the ceiling corners. A long crack zigzagged between the big south windows on the living room wall. He flicked off the light. The house was a splendid cavern again. Twenty foot ceilings his giant mermaid could fit inside and have room to swish her tail.

Dean fumbled to the basement, into richer darkness. His breaths surrounded him, filled the hard silence of cinderblocks and concrete. Lightning sparked through the egress windows and flashed against the copper plumbing. His plumbing, or at least plumbing like he'd done once. Lightning sparked again and the brass fittings flickered. He closed his eyes and could still see the layout of the plumbing in lavish purple under his eyelids.
He found the shutoff valve, twisted it tight, ran up the stairs and turned on the faucets throughout the house, until the water bled out. The sky mimicked the plumbing, slowed to a drizzle. He thanked the giant, golden mermaid for agreeing with him.

Back in the basement, he gripped a copper pipe above him, gently tugged, and a length of copper broke free. The solders and fasteners snapped like fish bones. Too easy. The house wanted him to have its pipes, had no use for such things when it was just a house with no people. No family. No home.

Dean stripped all he could carry. He loaded his arms with pipes, pockets with fittings, and then locked the house. He bowed on the porch, told the house he would be back, after he scrapped the copper and brass, filled his baggie with a few crystal grams and rented a motel to get his head straight. The next morning he'd buy stock in a Life Enhancing Decision Series, live off the profits, pay off his debts. He'd return and fix up the spec house, fill it with his daughter on the weekends, for Halloween even, and she'd wear her mermaid costume and knock on all the grand oak doors that would have people inside.

Dean wanted to get out the picture of his daughter again, but his arms were too full of treasure. So he thanked his giant, glowing mermaid, and then slogged away down Sapphire Drive.

Dustin M. Hoffman spent ten years as a house painter and drywaller before getting his MFA in fiction from Bowling Green State University. He is currently working on his PhD in creative writing at Western Michigan University. His work has appeared or is forthcoming in Gargoyle, Artifice, Witness, Black Warrior Review, Cream City Review, Copper Nickel, Southeast Review, Indiana Review, and other places.