The Luckiest Guy on the Lower East Side 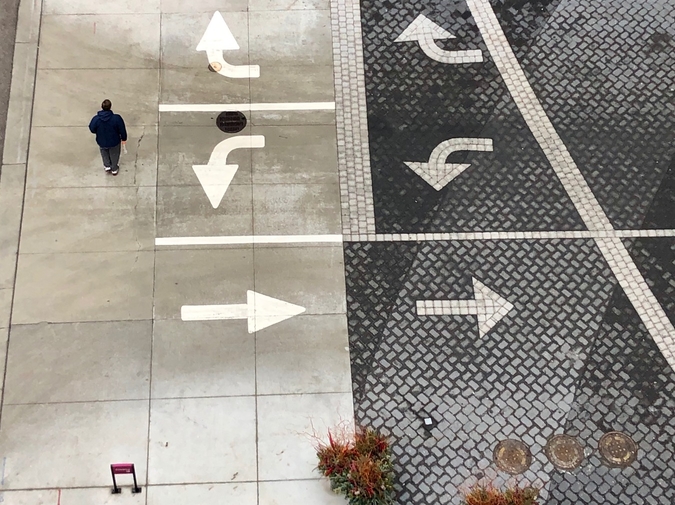 When I was a teenager, I got robbed a lot.

This was the mid-1970s, and starting at age 16 I lived alone on East Second Street and Avenue A in New York City. I was short and scrawny. I wore glasses with thick frames and lenses. I bought my clothes from a man who sold rags from a pushcart. I was an easy, if not an affluent, target

I took the muggings passively. My first mugger explained to me the wisdom of that approach. I was walking on the Bowery one night, and I heard a shout from a nearby parking lot: “Get that boy!” Four or five guys surrounded me. The one facing me calmly explained that resisting made no sense because they would without hesitation make me sorry I had been born. I gave them my five dollars, which was about what I usually had in my pocket.

What could I do? I saw getting robbed as a fact of life in this city, especially for someone like me—a quiet person. A weak person. Barely a person. Each time I was robbed, my heart beat rapidly. But there was also the sense of calm in knowing that events were playing out appropriately according to everyone’s roles, that I was relaxing into the hands of professionals.

One winter day, I was walking down Avenue A. I was wearing a cloth coat over an old leather jacket. I was about three blocks from my apartment and eager to get out of the cold when I heard yells, and with blurry speed I was surrounded.

The one blocking my path and said, “Gimme your money or I’ll cut you.” He waved something near my face that looked like a small knife.

I had only three dollars. I didn’t want to get stabbed. But I said, “No.”

“Gimme your money.” The others continued to yelp and jump around. We were standing in the middle of the sidewalk. People looked, but no one stopped.

With a tone of scorn that surprised me, I said, “I’m not giving my money to you.”

One of the kids kicked me on the chin. For a moment, I wondered how he had been able to get his leg that high. The first kid waved the knife. “Gimme. Your. Money.”

“I’ll tell you what,” I said. I reached under my coat and pulled the three dollars out of my pocket. I didn’t own a wallet. “I’ll give you one dollar.” I separated it from the other two and handed it to him.

He snatched it out of my hand and jabbed the knife into my arm around the bicep. I didn’t notice any signal, but the gang ran off, bouncing and whooping like kids in a storybook playing cowboys and Indians.

I looked at my arm, but couldn’t tell how far the knife had penetrated through the coat and jacket. My chin felt sore.

I watched them recede, then resumed my walk. I felt different. I felt taller. My shoulders felt broader. I felt whole. I knew I was still small and weak, but I had found something—the point where logic turned off, where self-preservation turned off, where powerlessness turned off. The point where instinct took over. And it seemed to me, as I walked the last blocks home, that my instincts were strong and pure, and that perhaps I could depend on them for the rest of my life.

When I entered my apartment, I saw that the window off of the fire escape was open and my stereo was gone.

Robert Fromberg has published fiction in Indiana Review, Bellingham Review, Tennessee Quarterly Review, and many other periodicals. His little book Blue Skies came out from Floating Island Publications. He taught writing for many years at Northwestern University.