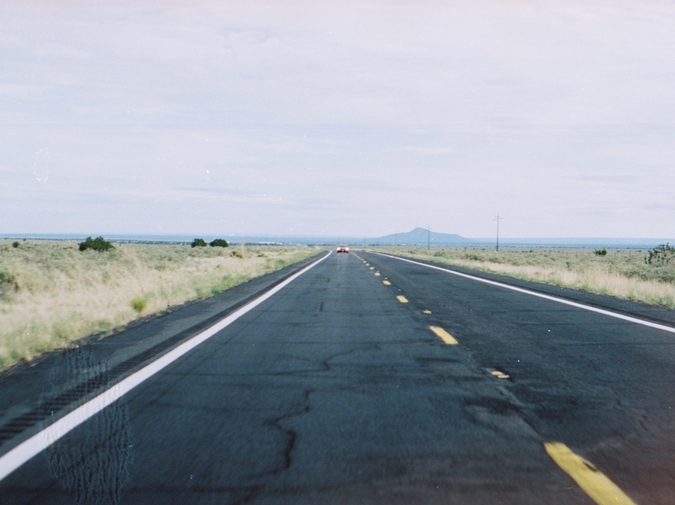 There were hundreds of cardboard boxes. It wasn’t even 9am but it was unbearably hot. We had the door wedged open with a copy of AHWOSG and the engine of the van was left running. Zac was moving out of state. We had both drunk too much coffee.

The box was heavy. The bottom was wet and I could feel the surface tearing as I twisted my fingers trying to get a good grip.

“City water. Apparently if you change water sources too quick it’s bad for your guts. Jessica and I are taking a bunch to help Juni settle in.”

The stairs were real tight between the top few floors. I had to turn sideways so my elbows didn’t bash against the wall. Zac still hadn’t taken down the pictures and I was worried about pushing myself through the glass. I imagined twisting down the stairs and cracking a fire alarm with the corner of the box; walking up and down under the sprinklers and destroying everything before putting it in the van.

Zac passed a stack of boxes to Juniper, who carried them to the van in a flurry of tiny steps. It was easier for her, she was still so small and she could fit through the narrow gaps.

“Yeah, seems totally insane, but I think getting out of the city will be good for all of us.”

“There’ll be so much more space for everything.”

“Haha yeah. I could start writing poems in huge brushstrokes on the walls. White loops against the boarding.”

“The dogs will love it too.”

“The walks will be the best part, I think.”

The box was dripping on my feet and the old oak of the stairs was puddled. I looked through the glass onto the street below. I splashed the city water down the city steps and onto the city pavement. I stacked the box on a box, and Zac passed another box that I stacked on top of that. The sides bulged and beads of water appeared through through the surface. I dried my hands through my hair and looked at the sweating cardboard shine in the morning light.

Jessica was pushing books into the remaining gaps, holding three dogs with leads in knots running over each other. Three copies of The Parade were crumpled between the seats in the back. The Circle was in the glove box, ripped in half and wrapped around a beat-up copy of Best American Non-Required Reading from 2005. There had been room in the boxes, but Zac had taken them all back out when he decided to pack an extra 500 litres of water.

We stood together in a bright spot and waited for Karl Ove to do his work against a tree. Jessica held Luna with her other hand, pulling her away from the joy of paws and city puddles.

“When Zac started writing the poems, I didn’t think it would get to this.”

“There’s a lot of upsides though right? Imagine all the space you will have.”

In a thin line, Karl Ove left a message across the roots. I picked it up like a finger from the inside of a plastic bag and tied it up tight. Karl Ove turned in circles while Lyla jumped up to my hand, trying to catch the bag I absently swung above her nose.

“This all just seems so unlikely, and I’ve never even spoken to you before, so you’re getting my voice all wrong. I would never say things like — Lyla! — like this. Our new home won’t even have a front — Lyla stop! — it won’t even have a front door. You are right though, there is loads of room. We’re just gonna have to clear out all the hay before unloading the van I guess, and this might not be forever. Honestly? It’s being with the chickens that I’m most excited about.”

Jessica picked Lyla up from the floor and I went to throw the poop-bag into the trash and missed. The bag split on the floor and left an ugly mark. I picked up the shit and the bag with another bag and dropped it into the can. I looked down at the stain.

“We’ll keep some of the cows, but we’ll have to ask the horses to move out.”

“You could wake up and pour your cereal straight from the udder.”

“Don’t you have to do something to the milk first? Like heat it up or something?”

“Oh. Yeah maybe. Zac, can you drink milk straight from the udder?”

“Do you have to do anything before you drink milk?”

“When you drink cow’s milk, do you do anything first?”

“I dunno… we’ve got all this water though, why do we need milk?”

“We’ve already had breakfast, come back up here and grab some more boxes.”

While we had been talking, Juniper had finished carrying most of the boxes. She was back in Zac’s arms now, chewing on a copy of How We Are Hungry, the white corner frayed and darkened by tiny white teeth. I picked up the last box and felt the water move as I moved. Zac stepped over puddles and sang to Juniper while Jessica took down the last of the picture frames.

I stood inside Zac’s apartment for the last time. From the window, I watched the line of people buying bagels gets smaller, and the people with their dogs stood from their bench to walk to wherever they needed to be. Busy city people eating on their feet and trying not to be late. I thought about how Zac would be on time for everything from now on. The day waiting for him, and mornings that broke through the glassless windows of his new home.

I pushed through the warm puddles and felt the city water in my socks. Toes rubbing dry between steps, and I turned into the tight corner at the top of Zac’s stairs and ripped a hole right through the side of the box. City water bursting onto pipes and wallpaper. I stood useless and watched everything fall out of itself.

Juniper giggled at my handheld waterfall.

“It’s only one side that is broken. I could go fill it up and try again?”

“No, the landlord has already shut off the pipes.”

I took the ripped box and flipped it on its side. I pulled off my t-shirt and started soaking up what I could. I scrubbed at the puddles and took breaks wringing the city back into the box. I took pages from old books and tiled them over the hole. The wind curled the edges and the paper rippled between the spots where the damp clung against the words.

Jessica strapped Juniper into her seat and kissed her on her forehead. Jessica strapped Zac into his seat and kissed him on the forehead. She walked around the van and slid the side door closed. I waved my hand like I was winding down a window and Zac pressed the button to open it. I passed the box through the space above the glass and Zac placed it between his feet on a pile of You Shall Know Our Velocity. I promised to visit him soon, I was just so busy at the moment. He said he understood, but hoped that soon he wouldn’t. I smiled. I shook out my t-shirt and put it back on. It was cool against my skin. I looked down at the dark spot left from the exhaust and heard them leave the state.

Giacomo Pope lives in Liverpool with his partner Holly. He is the founder of the website Neutral Spaces, and is currently writing a PhD thesis on black holes.