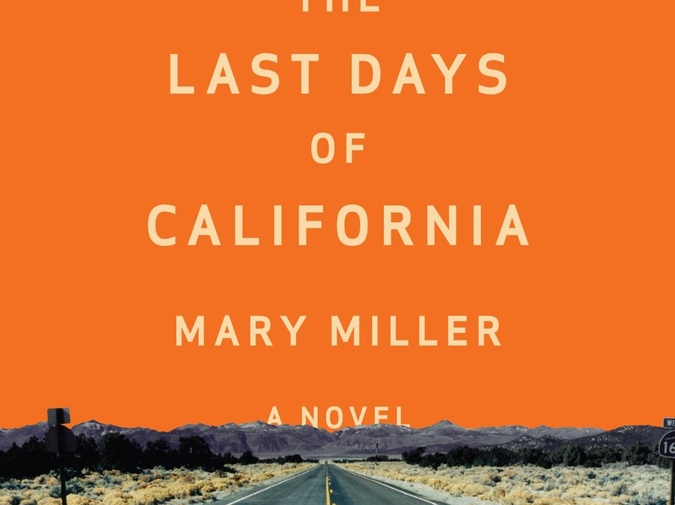 It’s been a big month for Mary Miller. Even prior to today’s release of her debut novel, The Last Days of California, excerpts and starred reviews found their way into the pages of Elle and O! Magazine, Redbook, Publisher’s Weekly. It comes as no surprise. Those of us who’ve been following Miller’s work, whether in print or online journals or through her debut collection, Big World, released from Short Flight/Long Drive, understood from an early stage what the rest of America soon will: Miller’s is a startling contemporary voice. Her ability to articulate the experiences of the everyday, the habitual and mundane is a feat I’ve yet to find elsewhere, save for perhaps Amy Hempel or Lydia Davis. And there’s a pair to be placed beside.

How else to describe the perfect economy of Miller’s sentences, or her uncanny ability to make the familiar seem altogether foreign? In what is perhaps my favorite phrase ever written on men and dating, for example, Miller writes, “Nobert is like a red Explorer after you’ve just purchased a red Explorer: everywhere. I see him at the bookstore, at the grocery store, twice at the sandwich shop, once at the mall.” It’s a simple enough idea—overabundance of what you wish was a rarity—and yet this sentence imparted so much humor, so much likeness, so much of a sense of shared sensation, that I at once transcribed it on my computer and saved it in a Word file titled ‘Write Like This.’ Other Millerisms made it in, too: several from a character on truth—“I’d been trying out the truth lately and people didn’t like it. I wasn’t sure how I felt about it yet. It made messes of things that didn’t require a mess.”—and another on a Saturday night spent in the hospital—“I’d been drinking. It was Saturday night, weren’t normal people drinking? I wasn’t going to feel bad about myself for it.”

The day I added Mary Miller to the file, it was a hot afternoon in Iowa. I’d spent that morning at the city pool, a fact I mention only because it seems like something one of Miller’s characters might do. Like a Miller character, I returned to my overly air-conditioned living room and opened a tallboy of cheap domestic beer, which I drank on a damp TD BANK towel, my hair still wet with chlorine. My laptop was on and open, and I found myself looking at photos of a man I’d loved while contemplating the acne he had on his back, and did it matter, that patchwork of acne? Or did it make me love him any less?

This is something a Mary Miller character would contemplate, also.

Which is perhaps why Miller made the file. It’s that file that I turn to when—as a writer, as an adult, as one of a billion people writhing and breathing on this planet—when I feel void of creativity, innovation or inspiration. Every writer serves his or her respective purpose, though it’s not as simple as you might think. I turn to Schultz and Hempel when I’m writing on men or love, Lydia Davis when I’m angry, Sarah Manguso when I’m reflective and Jean Rhys when I have the insight and self-awareness to know I should be writing about something bigger than myself. Mary Miller, with her innovative and startlingly canny sentences, is an all-genre, all-emotion read. Of Miller, in fact, I can confidently say this: everyone, regardless of their medium or narrative style, stands to benefit from the careful consideration and subtle surprises inherent to Miller’s language. There is perhaps no writer I admire and respect more than Mary Miller; her talent leaves me a little breathless. And upon ordering an advanced reader’s copy of her second book and first novel, The Last Days of California—which follows a fanatical family as they travel across the country so as to be the last ones to witness the Rapture—I found myself dog-earring more pages than I didn’t. My file expanded greatly. My first instinct, then, was to write a review: to do with language what I often do in person—here, I say, shoving someone Big World, it will change the way you think about sentences—but when it comes to book reviews, I myself am hardly ever really, truly interested. To each his own, after all, and I’m rarely looking for another writer’s biased interpretation; I can do that for myself. I don’t care if the book is “meta” or if it comments on post-colonialism. What I really want to know is this: is it any good?

And The Last Days of California is, I think. And terribly so. But who am I to say? I’m just a fellow writer, an unabashed Miller supporter, a person on the Internet, and why would you believe me?

So instead, I thought I might leave the process of evaluation up to you—to instead simply posit a list of my most recently transcribed Mary Millerisms, sentences from The Last Days of California that struck me for one reason or another, phrases I imagine I’ll study often in the days and weeks and months ahead. At first, I worried this would seem lazy, but in fact it’s only me asking you not to be: to do the mental legwork—review the language—for yourself.

So without delay, my favorite lines from a book I highly recommend, and much like our moral judgment and eternal value as determined by our Savior, I’m sure its true merit will reveal itself in time:

·  Our father said heaven was going to be perfect in a way we couldn’t even begin to comprehend because we’d never known anything like it. We’d be young and healthy and surrounded by our loved ones. There would be no fear and no hate and no war, happiness and pleasure like we’d never known. I was already young and healthy and surrounded by my loved ones and it didn’t seem so great.

·  Animals weren’t going to be raptured. Our father had been trying to prepare us for a heaven without Cole, the dog we’d had for nine years. We’d dropped him off at the vet before leaving Montgomery. He hated being boarded so much and was shaking so bad I’d had to help my father get him inside.

·  “I’ve been doing y’all a disservice. You can’t experience this great land of ours from the interstate. It’s all Taco Bells and Targets.” Elise and I looked at each other. We didn’t feel we were being done any disservice. We liked Taco Bell and Target.

·  [My mother] gazed up at my father and he leaned down and kissed her head. Occasionally, I caught glimpses into their world and it bothered me that I could never be a part of it, that I couldn’t know them in the way they knew each other. We all knew each other completely differently, in ways that would never overlap.

·  At some point, my feelings for my parents had changed. I mostly felt nothing and couldn’t think of anything to say to them, but it was periodically broken by a brief, crushing feeling, a love so intense that there was nothing to do but reject it altogether.

·  She turned her back to me. As kids, we used to fight to be the one who got to sleep on their preferred side, with their leg slung over the other’s hip, but that was a long time ago. I put the extra pillow between us and thought, Love one another. It was so simple. How was I always forgetting something so simple? If Jesus’ message had to be reduced to one thing, that would be it.

·  She was probably a prostitute and would soon be caught up in a fireball but now she was going about her business, making her hair as big as possible.

·  Joyce Meyer would talk about her husband then, tell us something Dave said, and the men would be reminded she was just a wife and the women would be reminded that we were always only wives. But still, she was the one on stage while Dave sat in the audience waiting to be talked about.

·  Gabe introduced me to the others. They were all attractive but still had one or two more things wrong with them: acne, thick legs, kinky hair, moles that needed to be removed, hook noses, gums that showed too much when they smiled, eyes that were too far apart or close together. I didn’t have to be perfect—hardly anyone was perfect. Why did I have to be perfect all the time? And all these people were having sex. I looked around and thought, You’re having sex, and you, and you.

·  I wanted Gabe to know I could take him or leave him, so I swam to the shallow end and floated on my back, watching a big gray military plane fly low overhead; low-flying planes always made me think a bomb was about to be dropped, though I’d send hundreds if not thousands of planes and a bomb had never been dropped.

Mary Miller’s The Last Days Of California is available as of this morning. [Powell's || Amazon || W.W. Norton]

Amy Butcher is an essayist who earned her MFA from the University of Iowa and has recent work in The Paris Review online, Tin House online, The Kenyon Review, Fourth Genre, and Brevity, among others. More at amyebutcher.com.