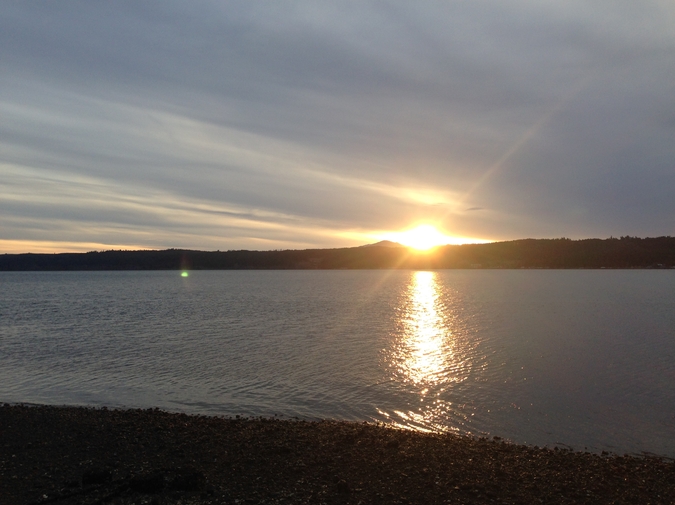 At first sight the line, nearly invisible but sometimes catching a ray of sun through the clinging water droplets, ran parallel to the brown water’s surface, from the tip of the pole held by the fisherman standing in the shallows out to unknown depths. He wore a swimsuit, t-shirt, and a Texas Rangers cap. He kept his eyes out to sea, watching for a flash of fin or tail, searching the breakers for a sign of the fish he’d been courting for an hour or longer. Moving along the water’s edge with the berserk sallies of whatever was hooked on the other end, he passed people drinking summer shandy in plastic cups, people raking heaps of Sargassum seaweed that had ridden the Gulf Stream all the way from the mid-Atlantic, people tossing horseshoes—but they stopped what they were doing.

A great crowd gathered around the fisherman.

Some walked. Some skipped with excitement, pointing out to what they believed to be the first sign of the struggling fish. Some carried infants or toddlers in their arms or on their shoulders. Some drove golf carts, pickup trucks, or beach buggies, avoiding the stinking piles of seaweed, out of which flew swarms of gnats. Erected on the vehicles they drove were all sorts of flags. There was one with a white image of an M4 and the words come and take it; there was miller light; a Confederate flag; a Texas flag; a half-Confederate, half-Texas flag; a skull-and-crossbones; a skull-and-crossbones fronting the Confederate colors; a flag with the contour of a tipped-over hand shooting its middle finger.

Then the angle of the line changed. The fish thrashed in the waves. The crowd gasped audibly at the greatness of the thing. The fisherman, though, remained expressionless, intent on bringing in the fish and knowing that the line could be cut at any moment.

Six years ago, Hurricane Ike erased this peninsula. What had once been a vacation hub for the middle class of Beaumont and, to a lesser degree, Houston, was suddenly a soggy graveyard of cow carcasses and the remnants of hundreds of beach houses; 90% of them were destroyed; the surge was 20 feet high. The storm reached my grandfather’s house, washed his RV from under the garage, tossed and tumbled and muddied it around, and then it landed perfectly on its wheels about a hundred and fifty yards away. Very few people attempted to remain on the peninsula to weather the storm, but those who did took refuge in the balcony of a cinder-block Baptist church, a position that might have felt more secure had there not been an eleven-year-old African lioness lounging about on the lower level. Her name was Shackle, and there is a photograph that shows her lying down beside the pulpit; the microphone is ready for the preacher, the ground is littered with shreds of tarp, and Shackle looks more or less serene.

As I watched the fisherman pull the fish from the sea to the sandy shore, and as I listened to the crowd cheer and applaud him, I waited for the man to revel in his glory, to raise his fist in victory and beat his chest with pride. I waited for the gloating. But he stooped low. The crowd circled him. They swallowed him up. And he invited them closer. Stepping aside, he encouraged them to touch the fish, to photograph it as their own, to pose beside it. As if he would cut it up into tiny morsels and feed the hungry mouths of children, as if he would gather grains of sand and bake them into loaves of bread, as if the fisherman forgot himself and slowly bled into the people.

Hunter Sharpless is an essayist from Texas. His first book, Song of the Fool, is forthcoming from Wipf and Stock Publishers. An MFA candidate in nonfiction writing at the University of Minnesota, Hunter enjoys drinking bourbon, raising his yellow labrador Catherine, and reading Proust during thunderstorms. If you want to know more, visit www.huntersharpless.com