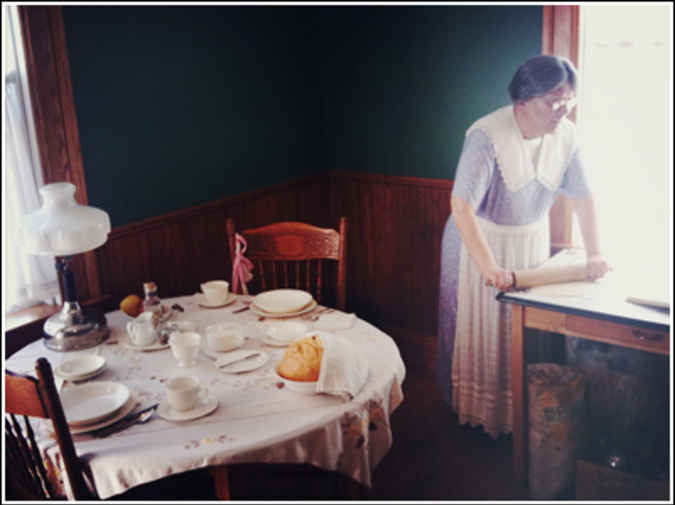 My aunt willed me a cuckoo clock. It’s the clock I ran to watch every hour after school, waiting for the bird to pop out, the cuu and then the coo while she taught singing lessons in the other room.


But now she’s dead and I’m stuck with this clock which hasn’t been able to cuu or coo for years and is much heavier than I thought, all weights and cast iron pendulums, shaped like an old railroad house which, if they survived, are probably condemned and crumbled, covered in weeds.


My house isn’t much bigger than a railroad house which is part of the problem. It’s decorated like I want it—grasscloth wallpaper, wicker chairs, down pillows. It’s warm and comfortable. The problem is that I don’t know where to put the clock, especially since it reminds me of mildewed tea bags and singing and the Black Forest where I imagined cruel winters and people forced to stay inside and scrape for money around a small fire.


My aunt asked to be cremated and scattered from a twin-engine plane high above the mountains. We promised we’d do it but none of us knows a pilot or wants to pay for one so we decided to dress up, have a nice ceremony, and scatter her along the forest floor. It’s not cruel it’s just that she’d end up there anyway. We don’t know what to do about the chunks of bone though. We were told they’d be in there. Do we bury them? Sift them out beforehand and throw them away? Do we carve them into something? That isn’t unusual. The hands of the clock are carved out of bone. The numerals too. But what is it? Cow? Horse? Pig? Is it like the pin in the history museum, the soldier’s amputated leg bone carved into an oval pin for his sweetheart, the name Lily seared into it, a token of love? Maybe. Maybe not. All I know is that I’m stuck with this clock and I don’t know where to put it. The noise mechanism, the bellows ripped, unable to hold air while the pendulum swings back and forth, back and forth, back and forth until the trap door opens and the cuckoo shoots out, its mouth frozen in a scream.