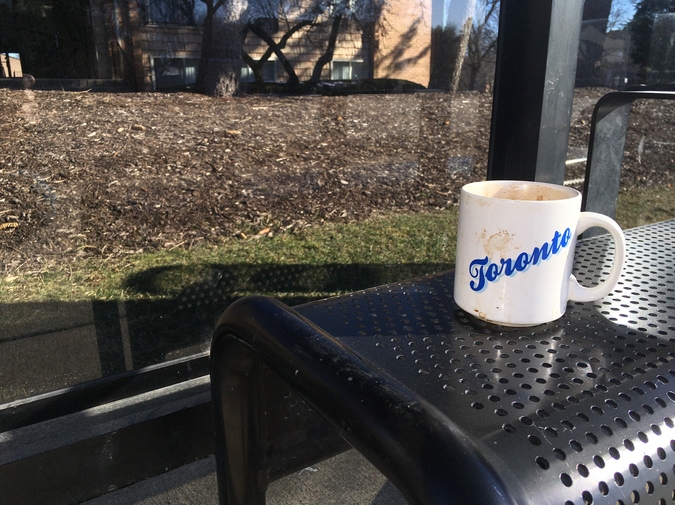 In November, something shifts: the world feels like a bowl new and full with cold, with chipped cement and wet leaves. Even on this beautiful, clear-sun day, it feels confusing to be crawling around in all of it, while carrying around this loneliness, this loneliness that I can’t set down.

There are two trees in the upper pasture that are in danger of falling in a time and manner we can’t control; they’re hollowing, the water, the life-stuff draining out, back into the earth. We hike to them with chainsaws and a toolbox. I have never done this before; I am not wearing the right shoes.

We load the new logs into the trailer, and drive slowly to where the splitting axes hang on the wall. While learning to chop my first batch of firewood, loneliness, for the first time in my immediate memory, sits like a stick left in my heart. Everything feels like aftermath.

Of the trees we fall to turn into firewood, one turns out to be black oak, and one hickory. The first is very easy to split, soft and pulpy; the second, tough and compact as a fist.

I set the logs on the mechanical splitter, press a button and watch the two boards press, press the log apart. Shards, like a gasp, go everywhere, pieces of raw wood shuddering across the floor. An imperfect science, this splitting. I feel clunky, my joints small and incapable.

I want to look at the world and the things it gives, and know what to do with them, I think. Is this it? The list of skills I want, but do not yet have?

But is it the new cold? Is it the space heaters that makes November so hard? I’ve been trying to spend time with my loneliness, to warm up to it, to watch it from across the street like an anthropologist. To ask it these questions about itself, its rituals and origins; to ask if it wants to hurt like bruise, or like cut.

I’ve been worrying recently if I’ll ever love something the way it’s written about and sung about and sworn by. One of my friends who is in love says that I am lucky, that when she was first in love, it felt like her whole body was on fire, all the time.

I think I assumed that cutting wood was something akin to cutting paper, its molecular components so similar. I thought it relied on being cut like scissors, inch by linear inch, in exactly the direction and amount you chose. I pushed and pushed with the saw, wound it around the trunk with both wrists, took breaks to shake out my arms. I screamed at the wood “this is how and where I want you to split.”

I was told “Stop pushing. The saw is heavy enough to do it.”

The chop isn’t so much a cut with a knife as it is a push from something heavy from above. It’s not the cut that breaks the wood apart; it’s the slow bruise of separation. The splitter pushes forward with 12,000 pounds of force but does so slowly, and I think to myself “this thing could kill me, but I could outrun it.” I say this to myself every morning now, while having coffee, while laying in bed, unable to move: I could outrun it, if it became that desperate.

When does loneliness become desperate? When does something involving one person become unmanageable? I, by definition, can handle my own loneliness: it’s a problem for only one person.

I get up as early as I can and walk outside to meet my animals, to pat them on their heads and tell them they’re doing a good job. I go to the grocery store to buy bleu cheese and pink roses, to show myself, like a toddler, just how many things are out here in the world, in front of me. But this loneliness is amorphous, frizzy; it’s an additive force, a new black tarp that sees all of this, and covers it all up.

It feels often like there are so many things halfway in my life: so many people who I am so near, who I must, by definition of grocery store rules, pass and scrape, but nothing more. This world is a brutal way of being near each other; it’s a brutal not-knowing, and it has nearly ground me into a powder. Into an ash. Is this it? Is this the issue? The strangers I can’t know?

I put myself in the throbbing place, I drink too much caffeine and wind myself up like a toy soldier, I put more wood on the fire before bed. In all of these, these pedestrian moments, every good feeling in my body feels like a speckle on the wall, no correlation to each other. The bad ones, however, neatly stack themselves like Lincoln Logs, like tape towers. In this long slog towards American Adulthood, the only thing that I can get to stick together, to crystallize, is my heartache.

At the end, I want to split one log manually, with a fiskars ax, instead of with the mechanical splitter. I want to see how it feels.

I set two pieces of wood up on each other, the first as a base; I stand the appropriate distance away, slam the ax down once, and see, instead of a wound, just the new cracks more clearly. This log was not brand new, so there were places designated for it to shatter. Everyday it was here on this Earth, seeing everything at once (the bad, the neutral, the fleeting good), it became a little more perforated. More likely to splinter, and, eventually, to burn.

At the end of the day, my back hurts like coil and a splinter cuts in the webbing of my thumb. So untethered, so rough this whole deal is; I have never been in love, not even close, and I’m no longer sure that this would help anyways. These splinters could have been avoided if I had kept my gloves on a little longer, but, even still,  I don’t get around to plucking it out for a few hours, so willing to keep things near me.

I feel that I have cracked something, found some kind of answer, when I remember that last November, there was this same wave of unexplainable loneliness. I was deciding where to move my life after I graduated when we went to an Asian supermarket on a weekday night, long after dark. We plucked through the oyster buckets next to three small children who were poking the salmon belly, talking about their father. These children didn’t want to be there in the deli aisle; the loose eyes everywhere, watching the knives as their bodies were cut. I remember reminding myself that they were unaccompanied minors, but I was not. “Not technically,” I say to myself. “No, not at all.”

We bought two dozen oysters and a shitty three-dollar oyster knife. The knife in hand, I pushed forward and up with my whole upper body toward the yellow-kitchen wall. There was only this frustration: one active party and one passive one. Inside their rubber mitt, the small hand fibers shook and shook. All the webbing ached. The knife bent and twisted and we got hungrier. We tried a screwdriver. A tiny crowbar. Our bare fists.

This, too, is a task about pushing instead of slicing, about using the sharp tools for their weight, about unconventional means of splitting. This is a task about mostly our own brute force, our own will to seperate, like chopping wood, like everything.

I felt a pop, an unhinge; I loosened the meat with a shiny fork, added sesame oil and hot sauce, lemon juice. I slid it down and tried to make myself think of the ocean floor, the unlikeliness of this fishbowl of earth and sky. But I could only think about my parents who once brought home a goldfish named Samantha, her small, squirmy body sucked up the cleaning tube. I thought that I didn’t know what to do with my body, and no one could help me with it.

Katie Culligan is an essayist and poet living in Knoxville, TN, where she recently served as the 2019 Writer-in-Residence for Sundress Academy for the Arts. She is the recipient of the 2019 Margaret Artley Woodruff Award for Creative Writing from the University of Tennessee. Recent work appears in Geometry, Noble / Gas Qtrly, Columbia Journal, American Chordata, and others. She can be reached at katieculliganwriting.com.