Space is Our Future 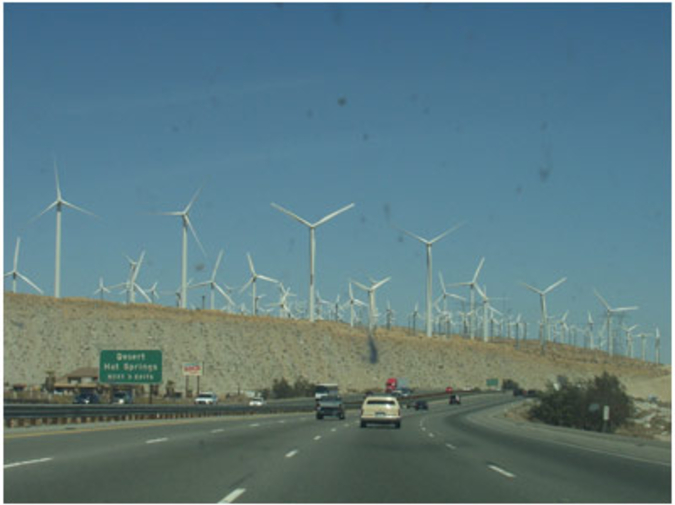 I was behind the mint green Toyota pickup on the way to work this morning, again. It didn’t matter if I was running late because Tommy flung his breakfast on my blouse, or if I was early because I paid the extra fee at daycare so I could set up the speakerphone in my boss’s office for an East Coast conference call.

The bumper sticker told me SPACE IS OUR FUTURE, white letters on a blue rectangle stuck to a rust and silver bumper. Three labor-aged men sat shoulder-to-shoulder, cowboy hat brim-to-brim, with their backs to me.

Two weeks ago, I beeped my horn twice and yelled “Hey!” out the window. They all looked in the rearview, then the one in the middle turned around.

I leaned further out my window. “Did you put that there?” I pointed frantically at SPACE. He shrugged his shoulders. “Do you even speak English?”

Many mornings, while I put in my earrings, I told myself, “Today, if I’m behind the mint truck at the light, I won’t brake. It’s a sign that I should just crash. Not into the truck. Into the sticker, the portal to space, or the future, or both.” I tried to talk myself out of instinctively braking like I always did. “What if I don’t press the gas harder? I’ll just take my foot off the pedal and coast down from 47 mph. I don’t want to hurt anyone, except myself, of course,” I’ve said as I dumped cold coffee down the sink, Tommy watching and listening from his high chair. “I’ll just coast,” I’ve told him. “Coast through the sticker, into future space.” And he’s looked where I pointed at the paint-peeling ceiling and giggled.

The driver looked in the rearview.

I honked two more times and waved my right arm frantically at the parking lot.

The truck’s rear blinker flashed and I followed it into the employee lot in front of my office building.

The blinker stayed on while the driver creaked open his door, stepped out, and walked toward my car, where I was already standing, trying to brush the wrinkles out of my checkered dress.

“Hey,” I smiled. “We’re both wearing cowboy boots.” I pointed back and forth between our feet and he nodded, then shrugged.

I told him I wanted to buy his truck, that I had saved up $743 from only smoking half as many cigarettes every week and not buying Tommy toys I thought would make him quiet. “Because nothing works anyway,” I told him. “That’s what babies do. They cry.” He nodded. “Do you have kids?” He shook his head.

“And you can have my car,” I said, pointing at my silver Chevy Aveo. “Because I won’t need it anymore.”

He put up a chapped hand and then walked back to the truck. The cowboy on the right rolled down the window so the driver could lean in to say something. The other men looked at me, then went to gather their tools from the bed of the truck.

My boot heels clicked the pavement as I hurried to get my purse from the passenger seat and take my nature sounds CDs out of the glove box.

“The owner’s manual is in there,” I yelled to the driver walking towards me. The other two lowered the rusted tailgate to pull out two rakes, a shovel, a wheelbarrow, and a leaf blower. I shuffled through my purse until I found the envelope labeled FOR THE FUTURE. I had drawn eight yellow stars around the words, representing the eight things I wanted to accomplish before Tommy and I left for our future.

“And I just had an oil change last month,” I said, handing the envelope to the cowboy. He peeked inside, shook my hand, and smiled. “Thank you so much,” I said.

The non-driving cowboys struggled to force their tools in the hatchback. I told them they could fold down the back seat.

We exchanged keys. I had to give him my wooden pocketknife keychain with Michelle carved on one side because none of us could get the little ring off the key. “Look,” I said, handing him the key on the chain. “You keep it. I can’t be too late for work.”

I stood in the parking lot, holding my purse and my son’s car seat under one arm, waving goodbye to the cowboys with the other. One sat in the back with his arm around the wheelbarrow, the hatchback held closed with rope. The driver tipped his hat and smiled. “Adios!” I yelled.

I strapped the car seat into the passenger side of the truck and thought of a day, years from this day. Tommy will sit next to me, feet dangling toward the floorboard in sneakers. I’ll turn to him and say, “Tommy, where should we go today?” And he’ll lean over, put his little hand on my thigh, press it down on the gas pedal, and say, “To space, Mommy.” I’ll push the sole of my cowboy boot on the rubber pad and sink it steady until we launch.

Michelle McMahon spends most of her time in alternate universes created by memories, where she writes short stories and poems. Some of the places her work has appeared are Shelf Life, Wheelhouse Magazine, River Walk Journal, Getgo Magazine, SHAMPOO, andHot Whiskey Magazine. Read some of her stories atwww.michellemcmahon.com.