Somewhere Between Now and the Zucchini 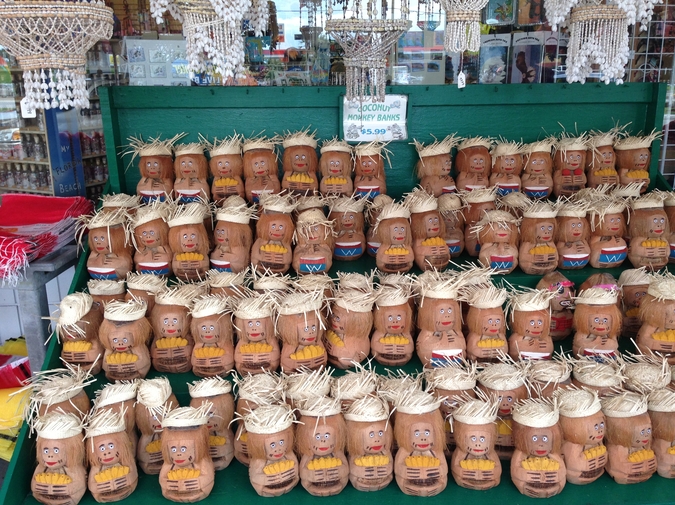 I ran into myself at the grocery store the other day. The store had just run out of Cookie Crisp cereal. The worst part was that I'd gone to the store specifically to get the cereal, along with some milk, some more beer, and a microwave dinner, so I was pretty upset to hear they were out of it, especially since it was on sale and all. A clerk told me that they had an organic cereal that tasted similar to it, but it was gluten-free, and I'd had a gluten-free cookie once that tasted like shit, so I didn't like the idea of gluten-free cookie cereal, so instead I wandered into the produce section, which is where I ran into the different version of myself.

He looked like me, but thinner and with better posture. He had a nicer shirt on than me and nicer jeans but we were wearing the same sandals, which weren't that nice, but at least they were comfortable. He was looking at the heads of lettuce and turning them over in his hands and making a face I would make whenever I'd have to try and put together Ikea furniture. I walked up to him and patted him on the shoulder and he looked surprised to see me.

"Hey," I said. Our voices sounded about the same, which made sense I guess, but he sounded more surprised than I did, as if he wasn't expecting to see himself from the outside, which I guess is normal, though I guess I was less surprised than he was about it.

"What are you doing here?" he said.

"They have an organic cereal-"

We stood there for a moment sort of looking about. He was still holding onto a head of lettuce. I looked at it. He lifted it up.

"Jennifer and I are making dinner."

I couldn't imagine going to a Spin class. But that's where he'd met Jennifer, so I guess that was neat.

He put the head of lettuce down and got his wallet out. I could see it was full of money before he pulled out a small picture of what looked like me and a beautiful woman sitting in what looked like a fancy restaurant I'd never been to.

We stood there for a moment longer, still looking about. Then he sighed.

"So. You probably have a lot of questions."

"I guess," I said.
"You probably want to know what I did differently."

"What makes you think that?"

He looked at my basket full of beer and a microwave dinner and said, "Nothing."

I didn't really have any questions, but I hated awkward silence, so I asked, "What do you do for work?"

"I got my book published, Through the Tunnels. You know, the one about-"

"The serial killer. Yeah. It had a different name before."

A lady over the intercom asked for more cashiers. Thunder stormed and a bell chimed and the spray for the vegetables came on and lightly misted all the greens. It hissed like a snake.

There was a sale on canned ham, the lady said. Three for two dollars, she said, if you acted now.

"This must be some sort of interdimensional time rift or something," he said.

Then he got all weird and lowered his voice. "Listen, are we okay?"

"I just wasn't expecting to see myself at the store today, you know? From a different universe and all."

"And they were out of Cookie Crisp, which is the whole reason I came down here, so it's been kind of a rough day, I guess."

I readjusted the basket in my hands. He looked at his watch. "I guess I better get going. I know time and space is all weird right now, but I don't want to risk being late for Jen, you know?"

"But, it was good running into you."

"Take care," he said. He ignored choosing a head of lettuce and walked around the corner towards the deli. I guess he stepped into another interdimensional time rift somewhere in the cracker aisle because I didn't see him again as I continued shopping. I got the rest of my things and got in line to check out. The clerk rang up my items and took my ID.

"Did you find everything you were looking for?" she asked.