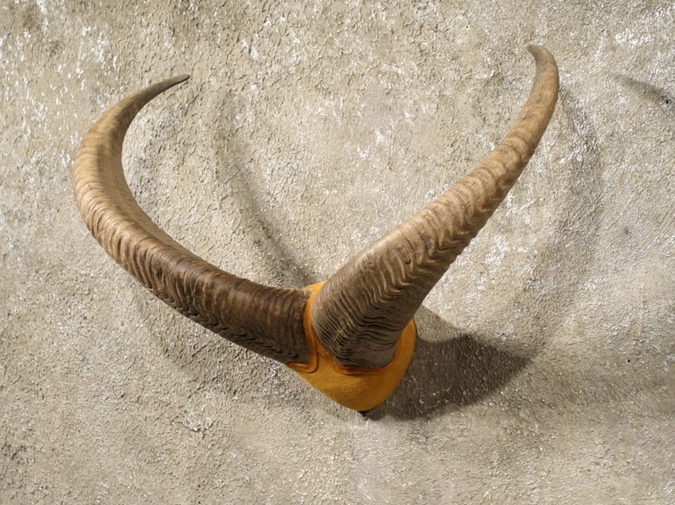 At dawn on Saturday, our powerlifting group arrived at the locker room to try on singlets. We laughed because none of us had worn such things before—tight-fitting elastic blue numbers with thin shoulder straps that meandered low and showed our chests and backs. Slipped in one, Aoudad’s form became pure abstract with real blood behind it at the same time—ham in shrink-wrap. It’s hard to explain a bad, bad want, a vain groan no one can hear.

His friend since middle school, Mike M, a tall blond wide receiver who’d gotten his braces off recently and was a terrifying idea of a person-to-be, came with and from the start they were aloofly buddied-off. You got the sense it was them two and then the lesser rest of us.

Aoudad pulled a plastic cartoon bear-shaped container of honey from his bag.

Coach G was an indefinitely extended version of a “super senior.” He went to East River fifteen years ago, played football and won all-state honors both offense and defense. He attended college where he daydreamed of blitzes still, married a lawyer woman, moved back to a neighborhood like Aoudad’s, became a coach. You could see him as both player and coach in the large team pictures that lined the hall outside the locker room, eyes squinting over a big jaw.

It had been said to us in the week preceding the powerlifting meet, during which it was made sure that our group was executing the various lifts with proper form, that a longtime custom at these meets, one at least as old as Coach G’s time, was for the competitor to, in the moments before his lift, swallow a shot of honey. This was to spike his blood sugar and provide him with a surge of combustible energy. Coach G had said he would enjoy if someone not only brought honey to the meet, but especially if it came in a bear. This seemed like an important point of humor for Coach G. Aoudad delivered.

Transportation was a full-size yellow school bus with a couple dozen rows of brown vinyl bench seats, larger than it had to be for the few of us traveling to a facility in a more rural area. Coach G drove the bus like all coaches except the head coach were trained and required to. Our group sat in diffuse arrangement from just behind Coach G to the very back. I sat in front of Jorge, a guy I’d known and played football with since middle school but with who I hadn’t really bonded or become friends. He was the person on this trip I knew best, though, with who I’d spent the most time on busses to and from athletic engagements, so we stuck together like Aoudad and Mike M, who sat next to each other across the aisle from us. I had my own seat like everybody did, lengthwise and stretched out, back against the side wall, head against the window, feet and calves hanging off the inside edge into the aisle. It was doubtful any of us wanted to be spending a weekend morning like this. It seemed Coach G was the only one of us who cared about powerlifting beyond the obligation of the affair, and he wasn’t even doing it. Bench press, squat, deadlift, power clean, one ridiculous strain after another, tugs and grunts provoking bloated postures of heroic exertion. I harbored kinetics of a naked order behind the shared tedium of our semi-inescapable situation. We were deep in hill country now, the evaporating remainder of dew on roadside combinations of bluebonnets, paintbrushes, and wild grasses sparkling in a plane of flux. I slid my window down and hurt my eyes watching it.

We traversed the unfamiliar school’s multipurpose gymnasium. Mats were spread across the floor and vertically condensable dark lacquered bleachers had been drawn from the walls for teams to sit and rest between their turns in the contest, which was already underway. This locker room was dank and rusted. We quickly switched into our strongmen suits. Once clad, Aoudad and Mike M giggled and took pictures of each other with their phones, fracturing an atom of erotic hatred in my brain. They posed and made intimately silly faces for the lens. Aoudad arched his back in display. How funny and grand it was to them, the extent of his proud component. A pig-colored balloon God inflated. I could’ve chomped a hole in a cheek right then, climbed inside and died.

We returned to the gym and took our places in the bleachers. It was almost time for deadlift.

“Now might be a good time to break out the bear, Ballast,” Coach G said.

Football coaches called players by their surnames, in excess, even if there was nobody else they could possibly be talking to, as a way of applying control. It smacked of militarism. You are named therefore you are had by me. The repetition insisted on this relationship.

The bear appeared and was passed around. Its lid was opened. Its clear body was inverted and pinched. Its sap was let into mouths.

We moved towards the deadlift mats. There were rounds where everyone had to lift the same weight, increasingly, until there was no one left. We all made it through the first and second rounds in our respective weight categories. Aoudad and Mike M were one category down from Jorge and I.

Before the third round of lift attempts, I walked over to Aoudad, leaned my head back and opened my mouth. He knew what this meant. I kept eye contact with him as he squirted in a golden portion.

He seemed to hesitate, but once I smiled, assuring him of the good-natured reciprocity of the exchange, he braced to receive the gift of substance. My grip got excited and I gave him more than his due of the saccharine deposit, the bear’s black dot eyes never rattling from their hermetic trance. Aoudad gagged.

I failed at my attempt. The honey could only invigorate the musculature that was already there. I went over to watch Aoudad with Coach G. The heave and clench made Aoudad dark red, almost purple, with a lattice of veins fattening around his face and neck.

Back in the bleachers, Aoudad and Mike M were giggling about something again. It was a girl with a giant ass. Given the nature of her attire, the whole border of its volume was presented. Though our group was exclusively male, this was a powerlifting meet for both boys and girls. Aoudad furtively took a picture of it with his phone. Coach G told him to quit it.

Coach G contained his laughter. Aoudad blushed. He knew I was right. He knew they were ass cousins.

Back on the bus, there was a sense of relief that it was over. Aoudad and I were actually having a conversation. The hierarchy had been leveled, if temporarily, by this common experience. I asked him questions.

“Why do you play football?”

“You don’t seem like you do. Do you believe in God?”

“Do you believe in gay marriage?”

He paused. "That doesn’t really affect me.”

What did he think, that saying he either did or didn’t believe in gay marriage would’ve given him away, so he’d instead better abolish himself from the premise altogether? If I’d then had the nerve and wit I do today, I could’ve said, “So you’re a career bachelor?”

BBDB is on twitter. The first "SLAB" can be read here.